This extra edition was made by Ana Torfs in 2002, in close collaboration with graphic designer Jurgen Persijn. ELECTIVE AFFINITIES/THE TRUTH OF MASKS & TABLES OF AFFINITIES is first of all the title of a complex installation: two slide series projected in large format – a seemingly infinite masquerade of two models – and unfolded sheets (70 × 100 cm) on reading tables. Torfs presented this work for the first time during ForwArt, an exhibition organized by ING bank in 2002 at different venues in Brussels. In this installation text and image – as happens more often in Torfs’ œuvre – take up an equal place. During a visit to the exhibition space, Torfs´ text was discovered freely and in fragments, glances passing criss-cross over the text fragments and photos on the reading tables.

During the seven weeks the ForwArt exhibition was held, Etablissements d’en face projects made the production of an extra edition possible. Sheets had been printed on wafer-thin paper and folded into quires. Evere week one uncut quire was sent to a limited number of national and international destinations. After having the folds of the leaves slit, it allowed a chronological reading of the text as a whole, as a second stage of Torfs’ ‘book-in-the-making’.1

‘A sort of reading diary, in which the artist combines excerpts from various literary, (auto)biographical and historical works in a very free and associative manner. Some quotes stand out because of a general, almost programmed value: reflections on the “method” Ana Torfs used (working via association and suggestion, following affinities and congruities rather than a close-knit, rational structure) or – more broadly – ideas about what a work of art is or should be. At first the anthology seems to be very loosely structured, the result of free association, of browsing through a poorly organized quantity of data. The link between one extract and the next sometimes lies in a single word. Yet this is clearly not a document, but a carefully composed entity – a work in its own right, also an image in its own right. So the labyrinthian character of the text should not mislead: the web that Torfs spins is not an arbitrary or take-it-or-leave-it construction. The great majority of the excerpts collected by Ana Torfs are about the political history of Europe in the nineteenth and twentieth centuries: stories, testimonies and opinions about wars, persecution, exile and the like. A futile attempt to learn something about the origin of the injustice and the violence that confront us on a daily basis through ordering historical questions and collecting memories; or to learn something from those who tried to make a stand against the perversity of history, sometimes just through their thinking and writing.’2

1 Torfs also made a limited deluxe edition. So this ‘book-in-the-making’ has taken up 3 different forms. 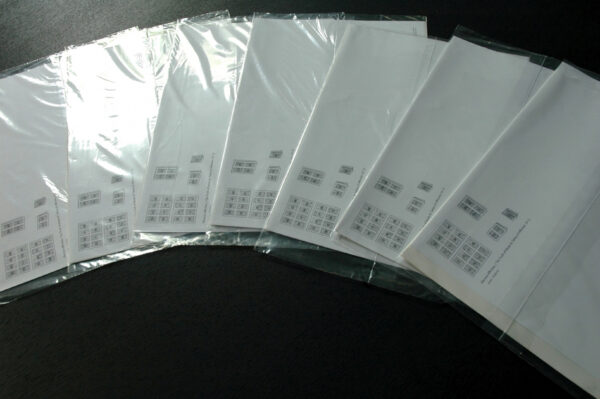 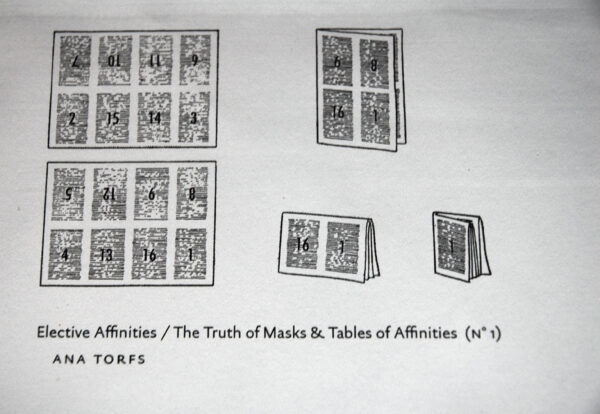 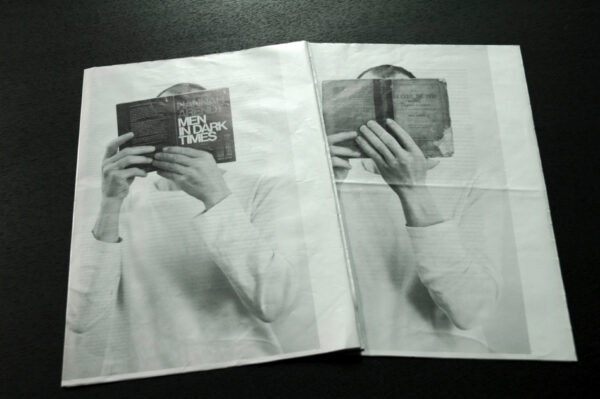 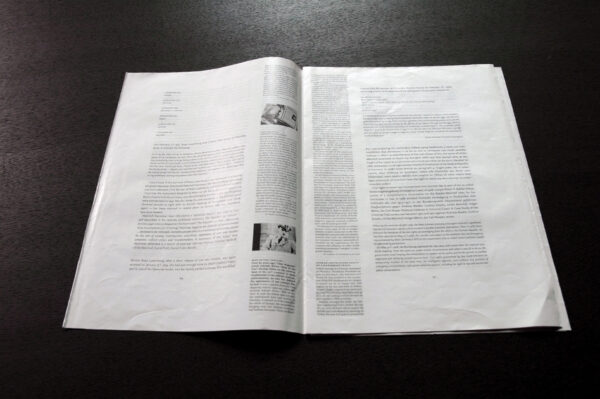 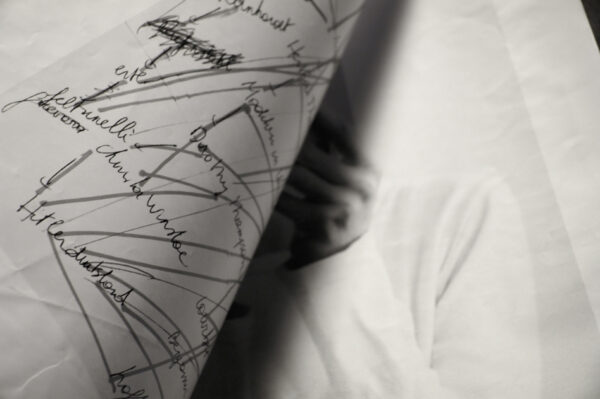 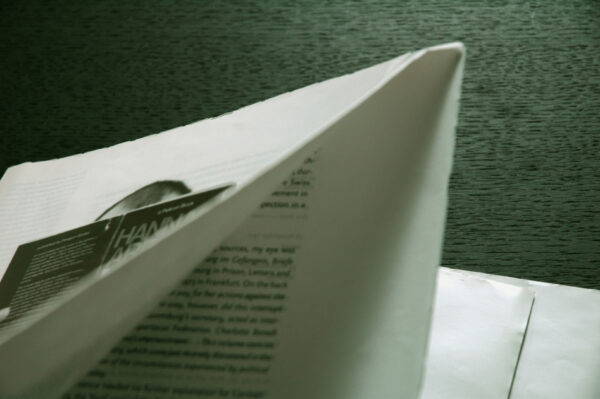 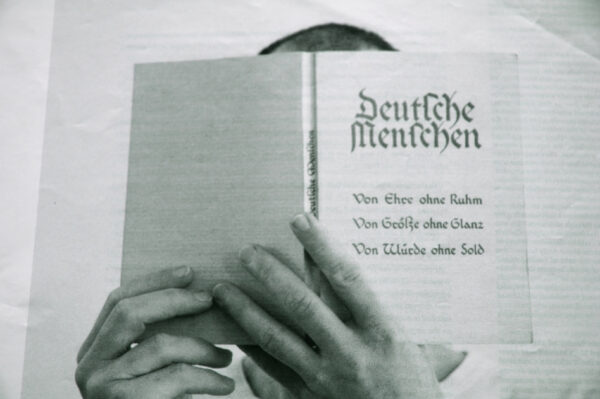 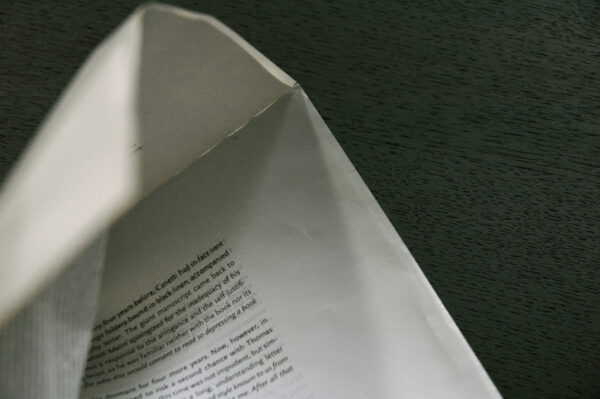 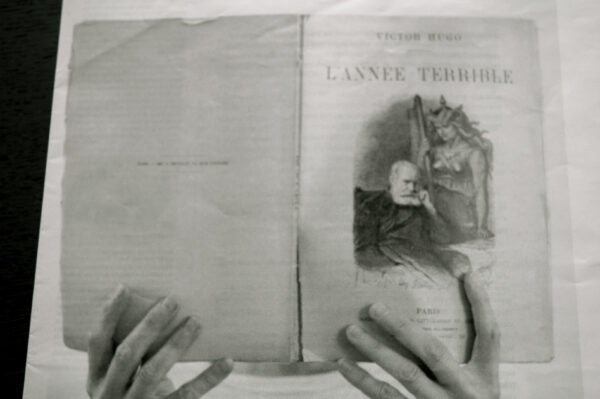 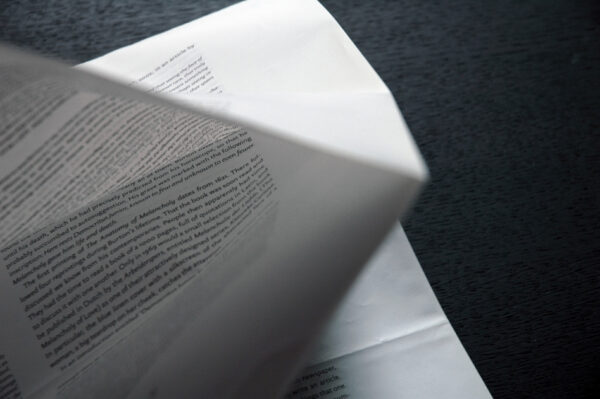 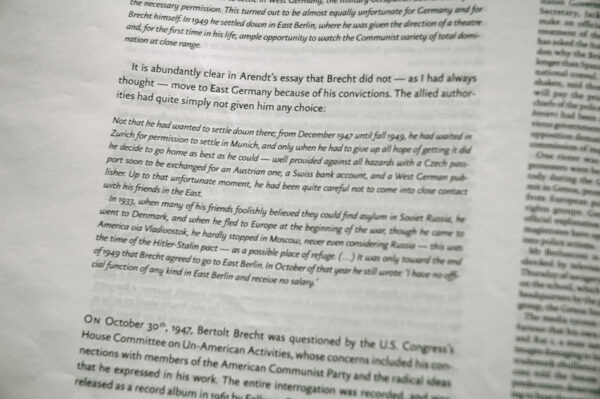 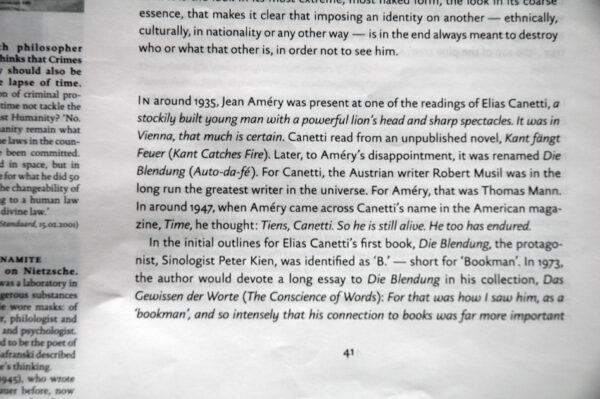 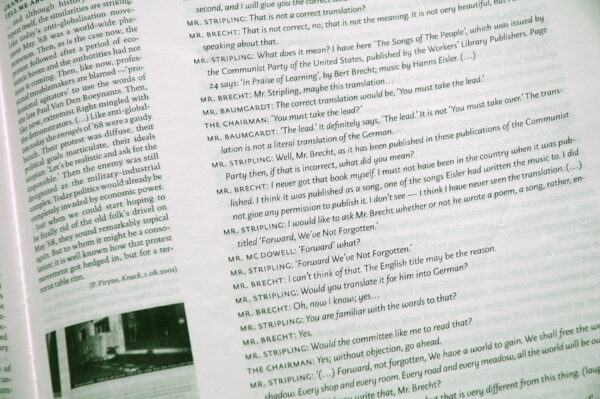