Toronto-based Canadian artist Zin Taylor (°1978) works primarily in the hybrid form of video/installation. His labyrinthine, multilayered works are rooted in an erratic, meandering narrative sensibility; more often than not, they are the result of a process of long and loving research into the netherworlds of obscure pop folk mythology and modern art world lore. In many of these projects, Taylor cultivates the informal tone of the true enthusiast, resulting in loose, improvisational scripts that allow the viewer a great deal of hermeneutic freedom – including the liberty to read fact as fiction and vice versa. In the recent past, Taylor has often trained his archaeological gaze on the fringes and margins of global music culture (“The Allegorical Function of Dirt: A Discussion with Aki Tsuyuko’s Ongakushitsu”, from 2005, appeared to revolve around Japanse experimental composer Aki Tsuyuko; “Locust Table”, from 2004, could be read as an altar to American avant-noise quartet The Locust), but his bizarre forays into alternative historiography also cover the more upscale terrain of contemporary art’s ongoing mythomania complex – a realm that is almost by definition dependent on the semantic lifeblood of gossip and rumour.

In the summer of 2006, Taylor made a series of meticulously planned trips to Canada’s far-flung northern province Yukon and its old capital Dawson City – the Promised Land of the nineteenth-century Gold Rush. To the art-historically initiated, however, the name of Dawson City resounds with the legend of erstwhile enfant terrible Martin Kippenberger, who likewise travelled to the Yukon in the early nineties to lay the foundations (upon the invitation of his Berlin patron Reinald Nohal) of what would become one of the handful stations of his emblematic world-encompassing “Metro Network” – a truly megalomaniac project that also included building sites on the Greek island of Syros and a posthumous passage in the 1997 documenta. “Put Your Eye in Your Mouth: a Conversational Documentary Recording Martin Kippenberger’s Metro-Net Sculpture in Dawson City, Yukon” is the title of Taylor’s purposely disorienting ‘documentary’ about Kippenberger’s dramatic trek to the barren, swindwept desolation of Northern Canada (while simultaneously also being a document of Taylor’s own creative odyssey). The work can thus be construed as a crypto-autobiographical mockumentary that tells us as much about the artist himself (Taylor wrote the oddball, spacey score and had his brother pose as a dead ringer for ‘Kippy’) as about the elusive German Tausendkünstler; its deliberately rickety journalistic claims are further complicated and compromised by the inclusion of a silk-screen poster – a shoddy Yukon version of a glossy Hollywood billboard – and an artist book featuring many of Kippy’s real Metro props (thereby paying obvious homage to the artist’s singular bibliophilia). Finally Taylor also added a collapsable wooden stick to this heady mix – a marking instrument or stake that shrewdly underscores the fraught issue of territorial claims in this inhospitable outpost of the New World. 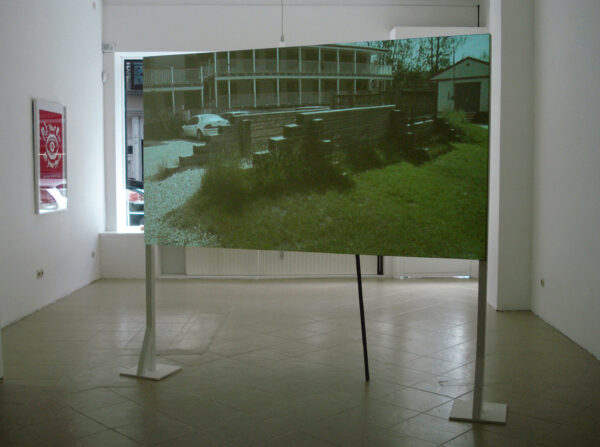 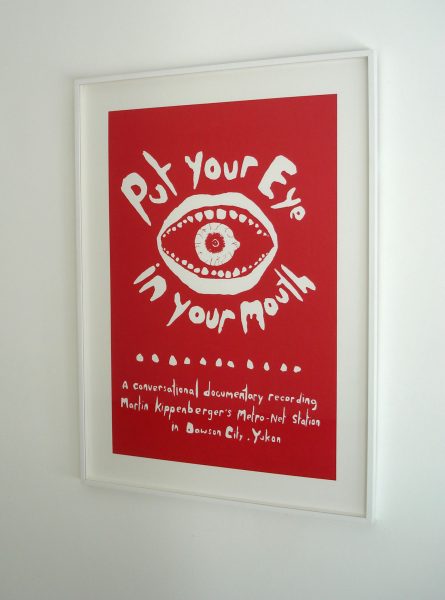 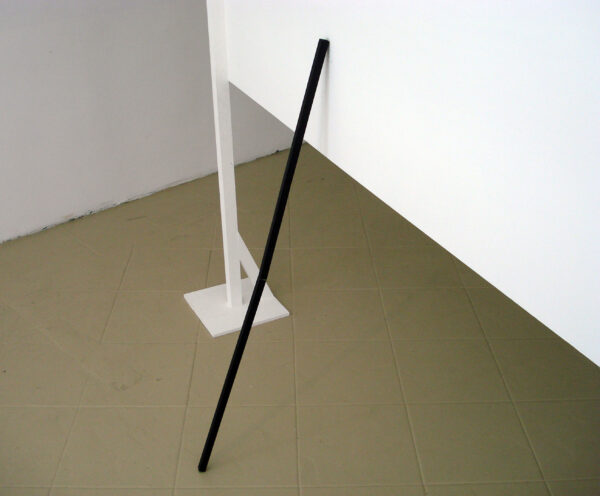 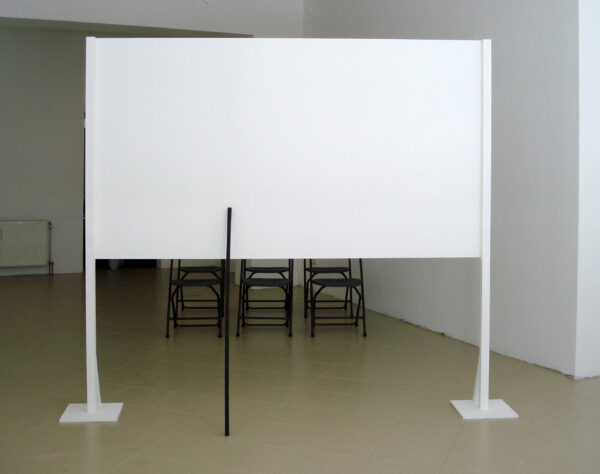