This exhibition is the result of a year long collaboration with 8 adults from IRSA, a centre for the deaf and blind based in Brussels. Initially I approached the centre with a request for a few people that were blind since birth, had no personal artistic practise of their own and who would be interested in working together on individual statues to eventually be cast from clay into bronze.

During the finishing of the statues, a new workshop began, though this one larger in size including eight participants who wanted to try sculpting with clay, the original blind participants remained, though now a few of the new members still had their sight or were losing it gradually over time. We started quickly to focus on masks and facial representations, the finished clay originals were then cast in bronze. I kept the funnel and the system used in the foundry to pour the masks themselves as a plinth in which to present the works, they float of the wall and are meant to be touched by the visiting public.

Etablissement d’en face proposed to show an exhibition of the masks, I tried to facilitate every proposition in regards to how we wanted the show to sound and feel. 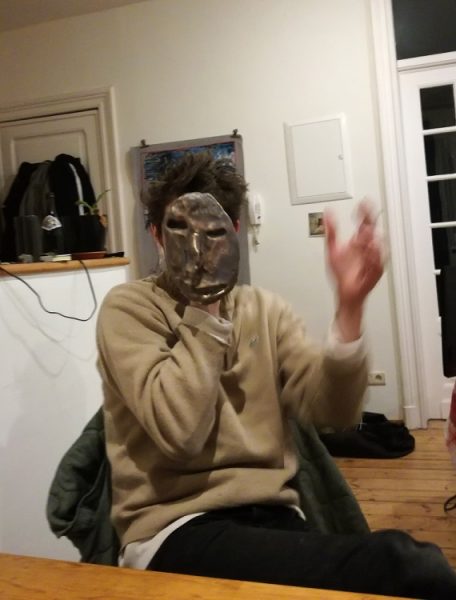 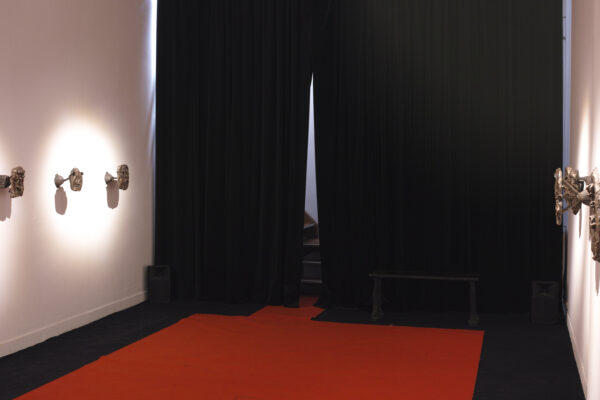 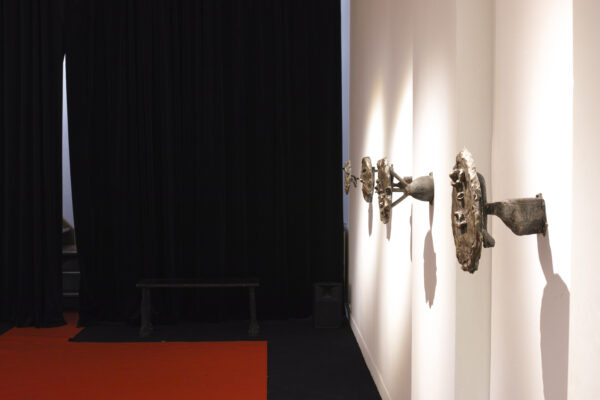 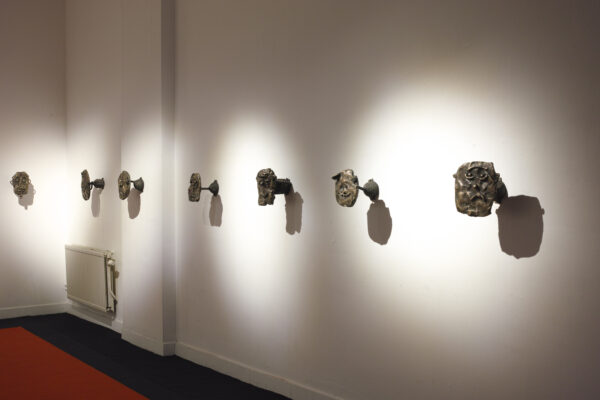 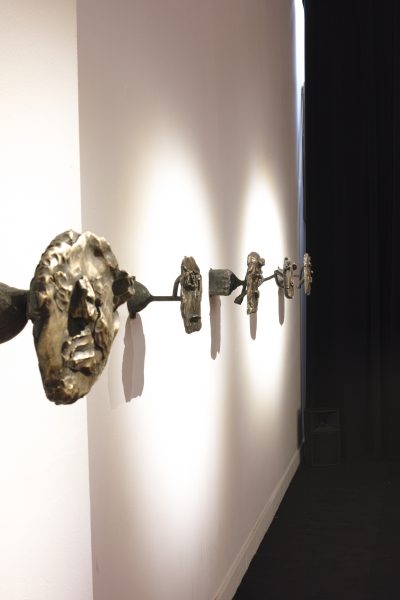 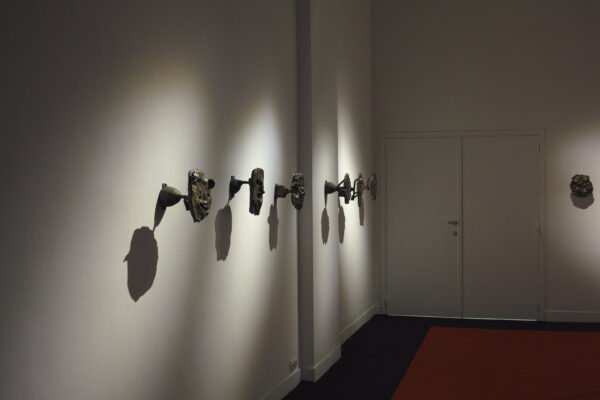 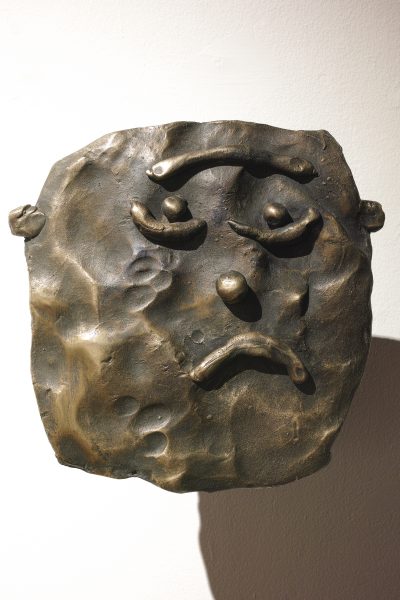 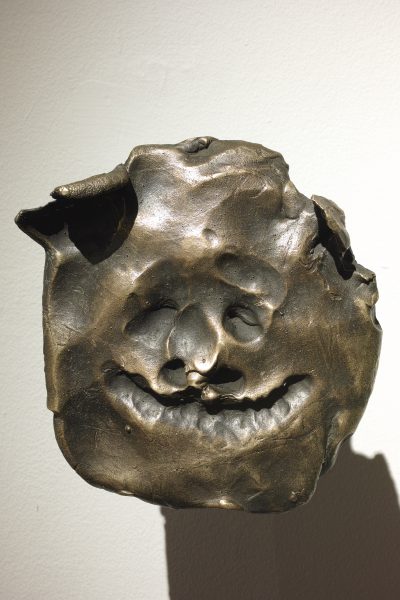 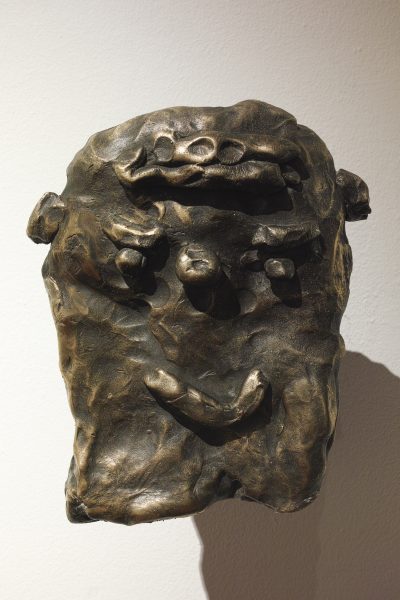 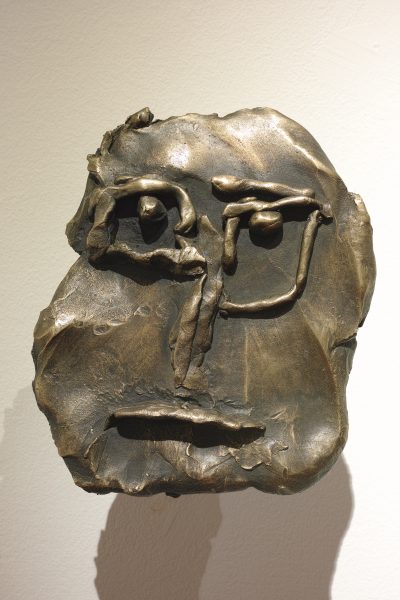 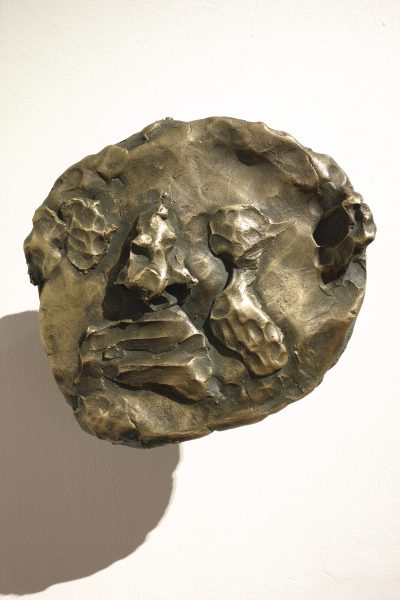 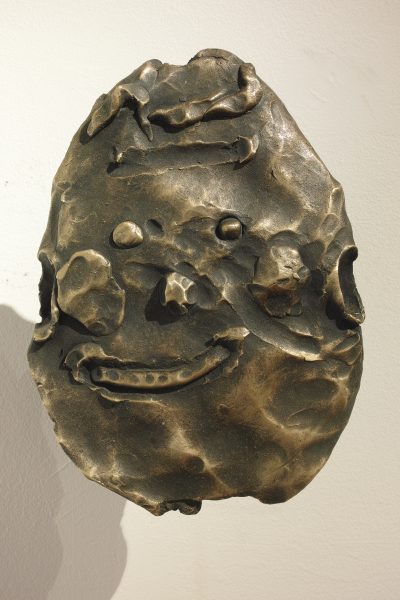 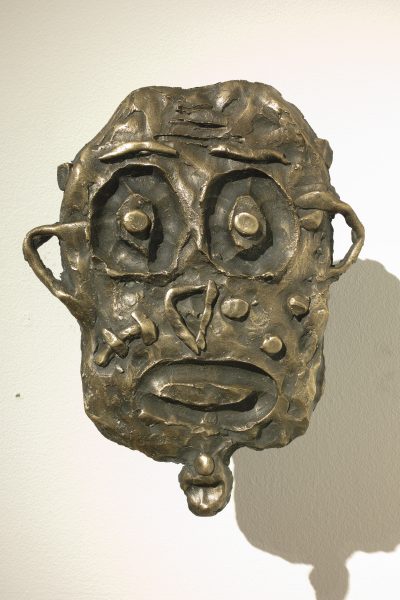 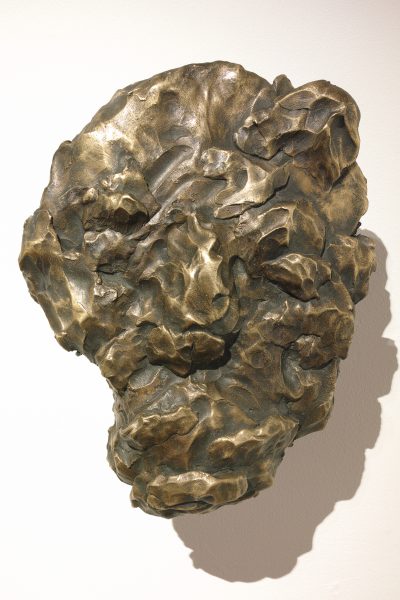 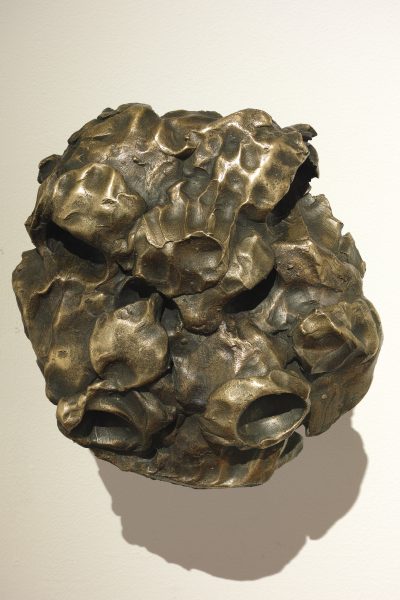 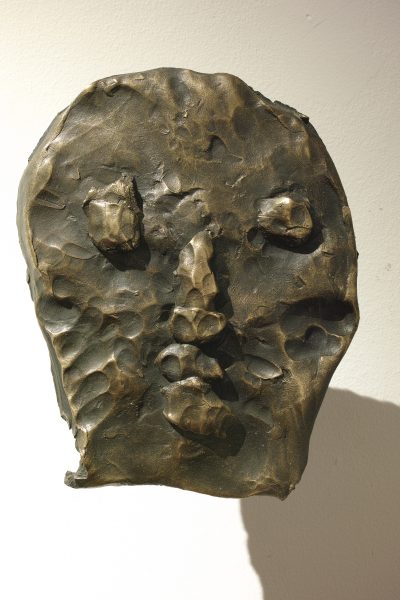 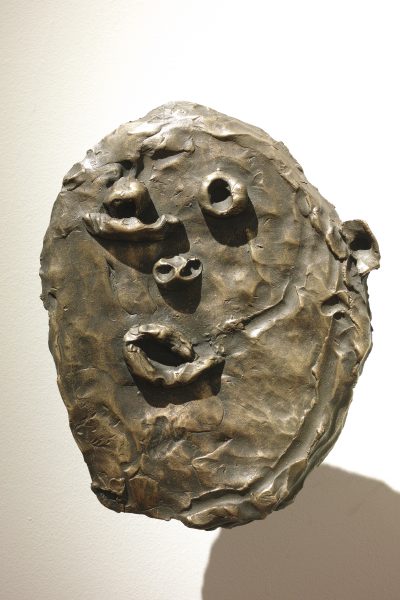 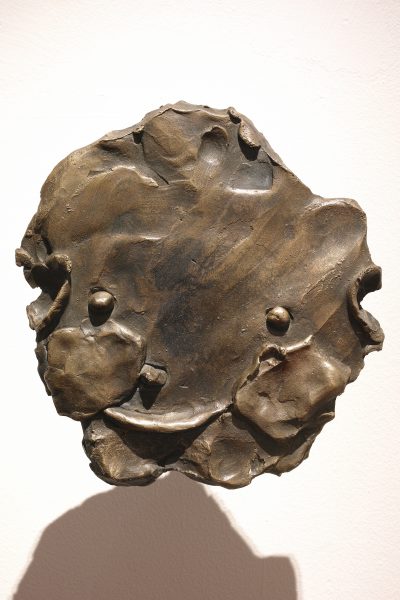 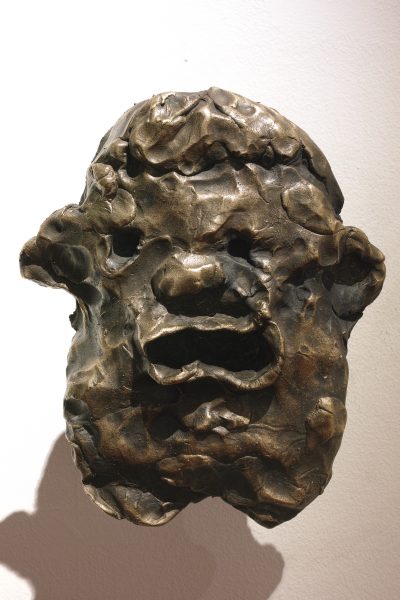 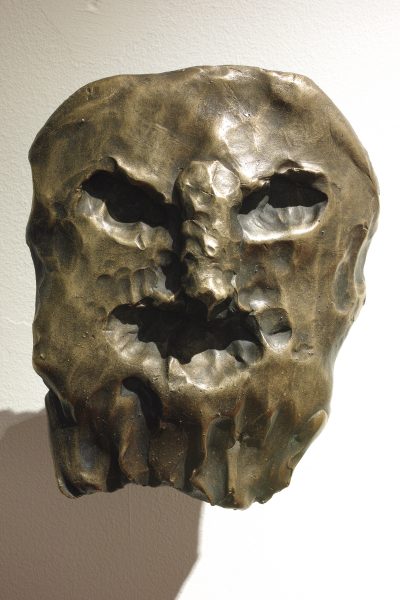 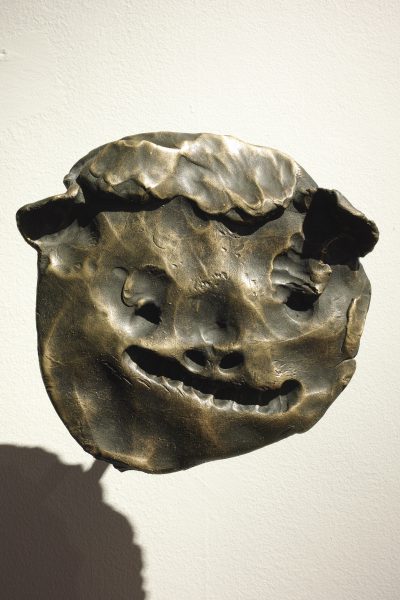