How does it feel being sign-shaped dried-grass-plaster-mush balancing on physical and ephemeral DIY scaffoldings?

A theoretical physicist can tell you about two kinds of equilibrium: a stable and a fragile one. Imagine a ball (somebody who is not a physicist may call it the world) and a humanoid figure. In stable equilibrium the figure is in the ball. As the ball constantly moves the figure has to permanently reestablish equilibrium or will end up with a bruise or broken nose. Relatively low risks for the price of being part of the world and having proper material worth, especially, if you imagine now another figure balancing on top of the ball. The figure has to constantly make sure not to loose contact with the world. This maneuver can be illustrated like this: 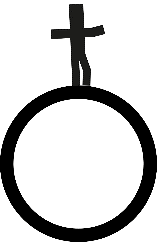 When in position of precarious equilibrium every movement might just let you drop of the globe, or brushes you off it. Theory, language, and concepts help schematizing this different degree of existential threat in contrast to stable equilibrium. But while there are tremendous structural differences of who is let into the ball and who not, the question is how to address the meshwork of causes, effects, and relations between being in and out of it. The body’s tensions, its gravity, precarity, identity, stuffiness, and its desires to be whole, singular, same, to express and reproduce itself, this dirt is put to test here. Woman Function-sculpture attempts to transform a mingle-mangle of material, primarily hay and plaster as the basest a hardware store has on offer, into a whole, a sign, and a political sign at that. It implicates modern sculpture’s promise to form solid, rough, and bulky objects by literally manifesting stuff into solid shape and lifting it out of gravitational contact to the ground. In the artist’s studio, it tests how to form an addressable entity that demonstrates sturdiness, the strength to support itself, and the ability to establish equilibrium. But the test makes the sculptures needy in the same instant: studio and street waste scaffoldings and household buckets playing generic ambient or homemade expressive sound are called to support and ruin the whole act. 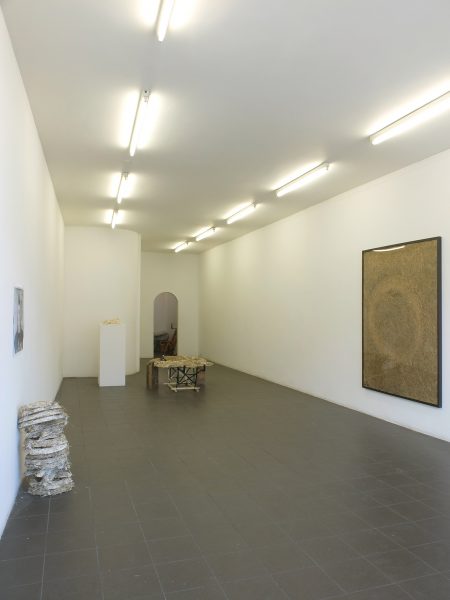 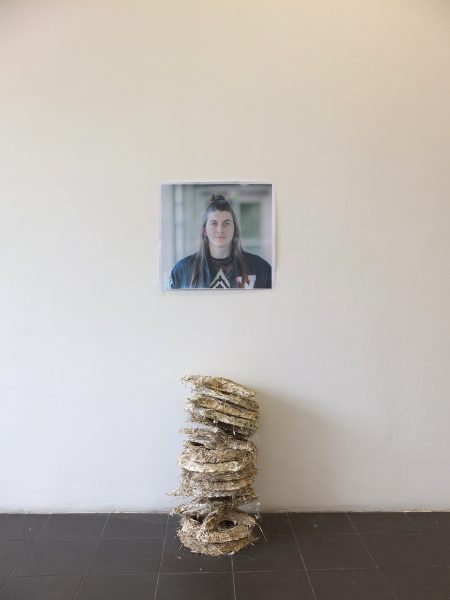 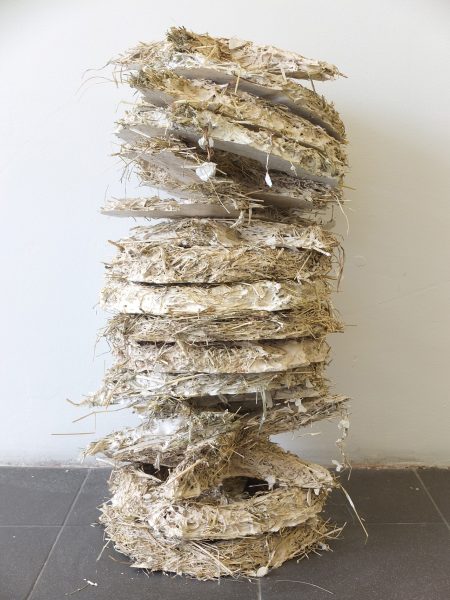 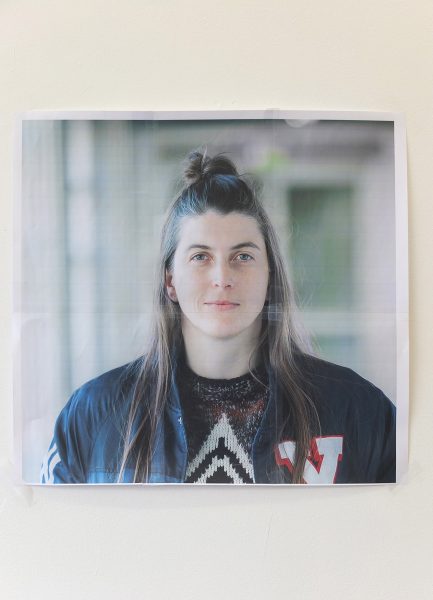 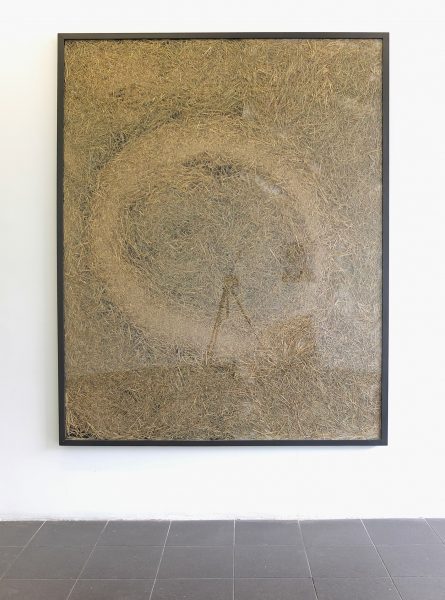 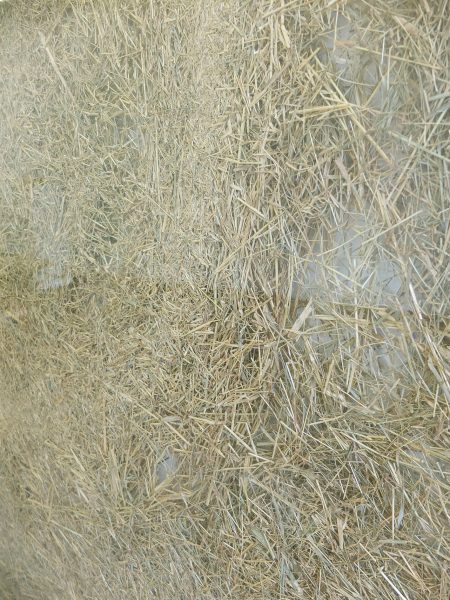 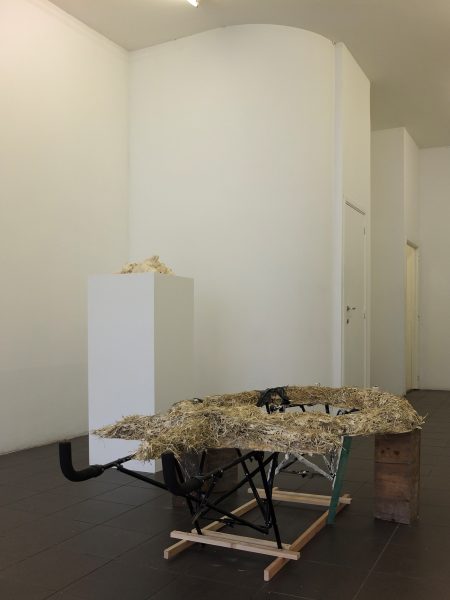 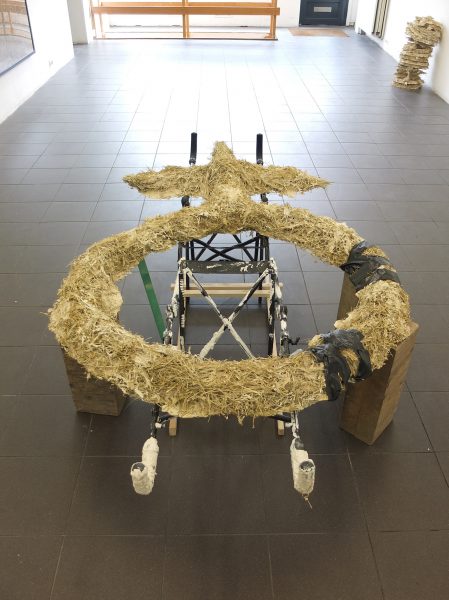 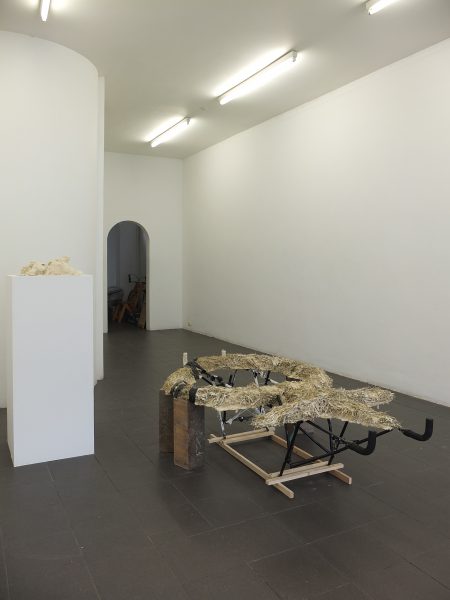 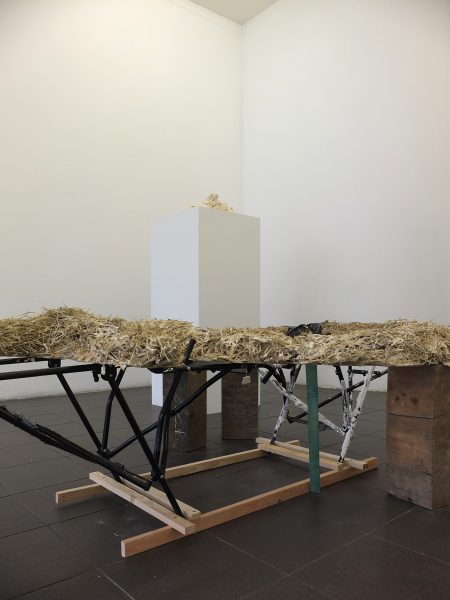 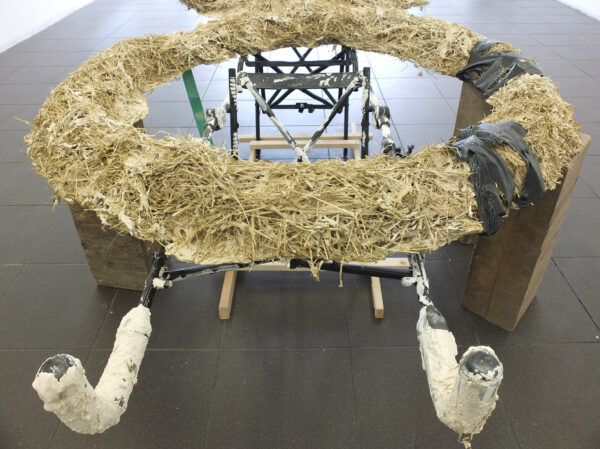 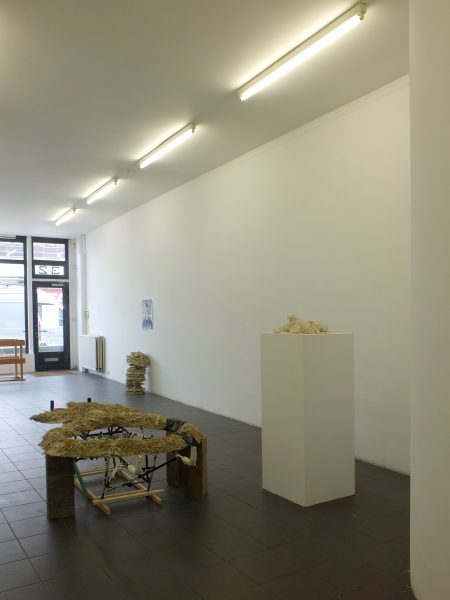 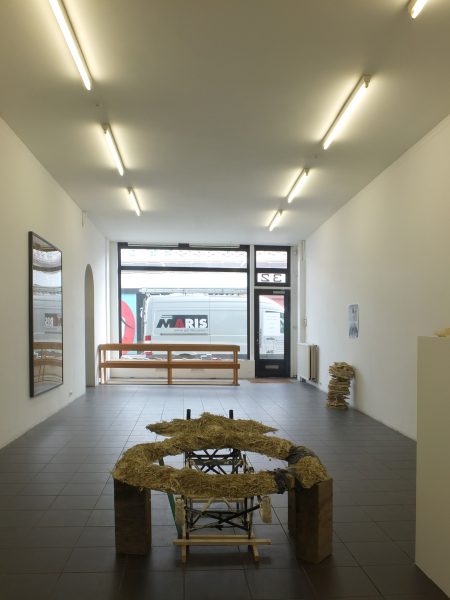 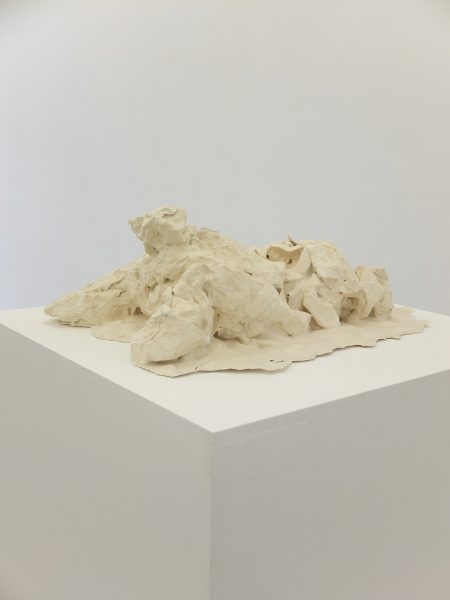 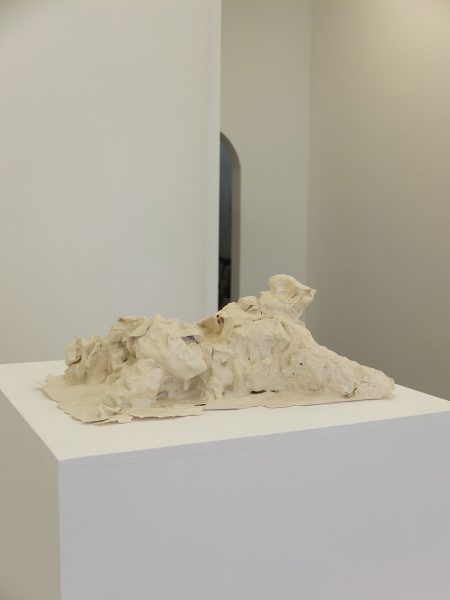 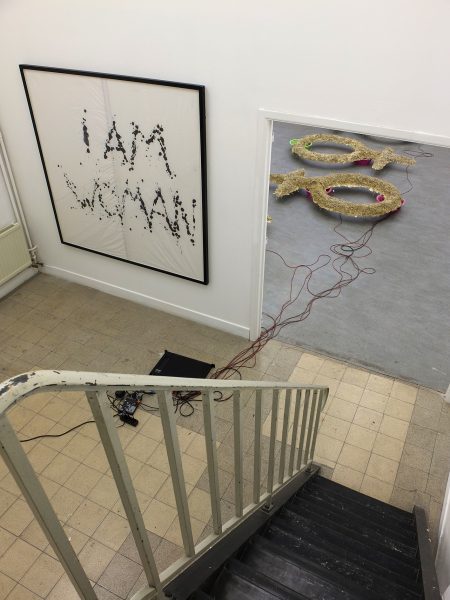 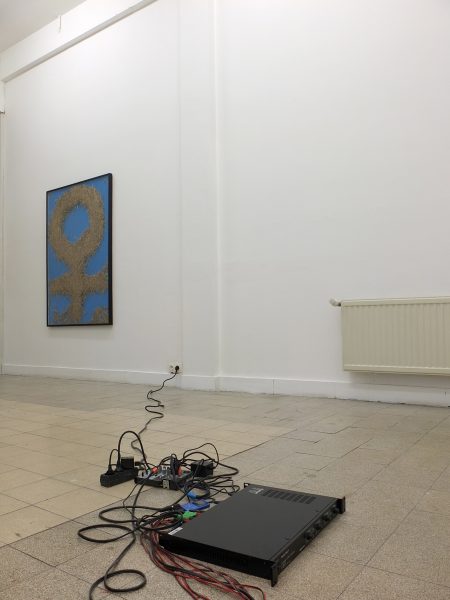 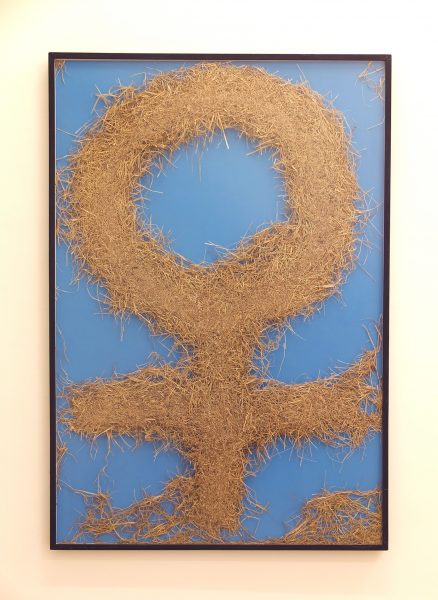 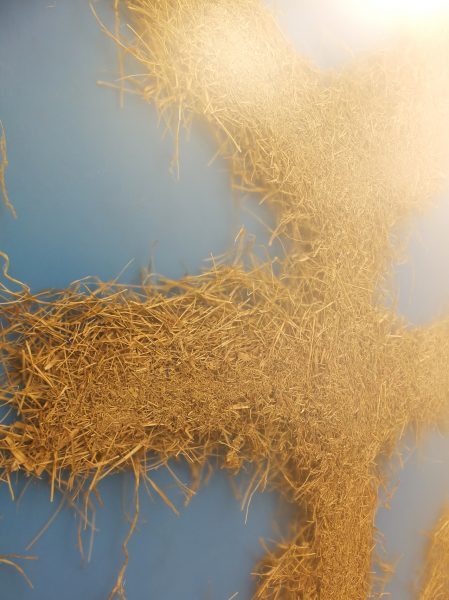 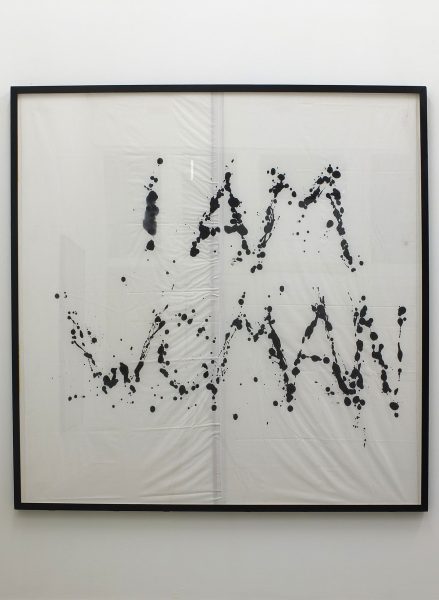 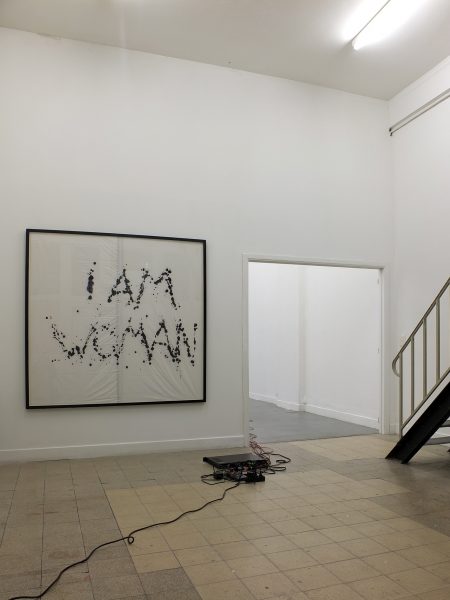 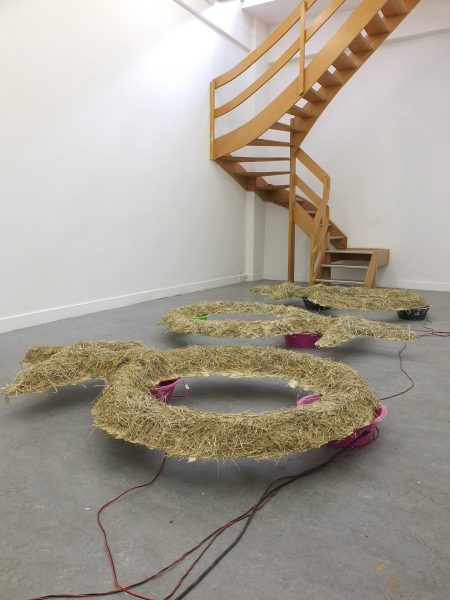 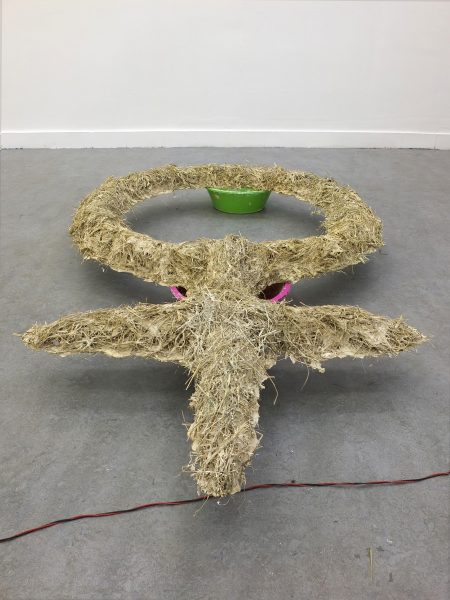 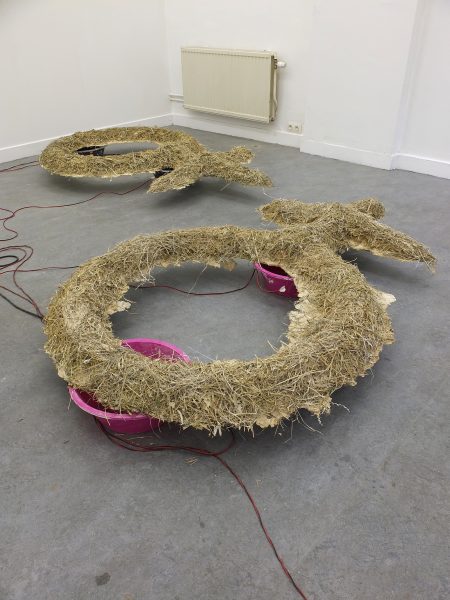 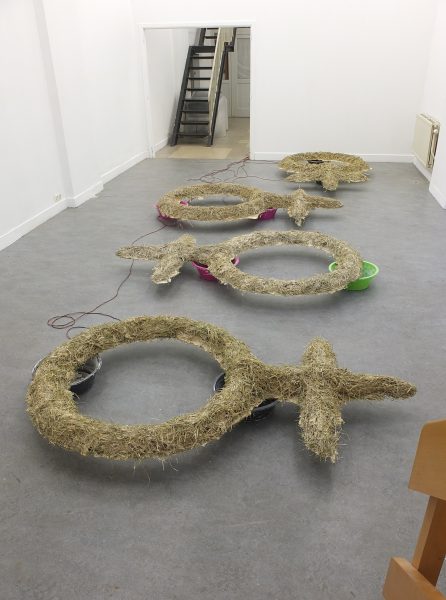 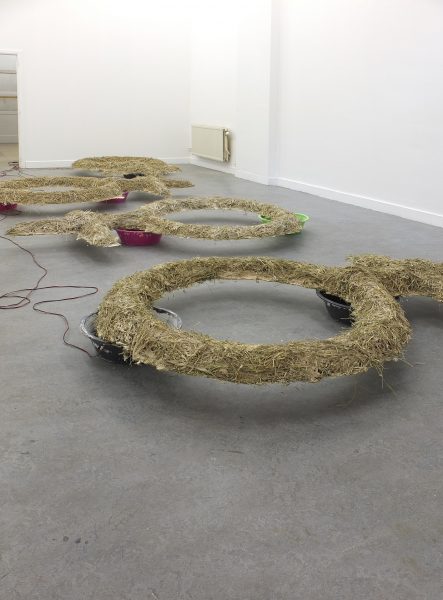 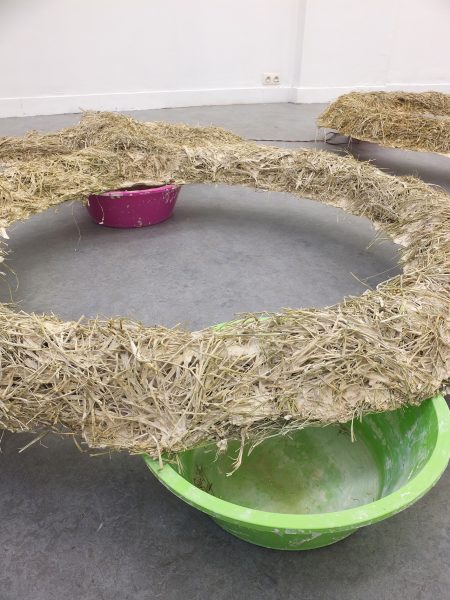 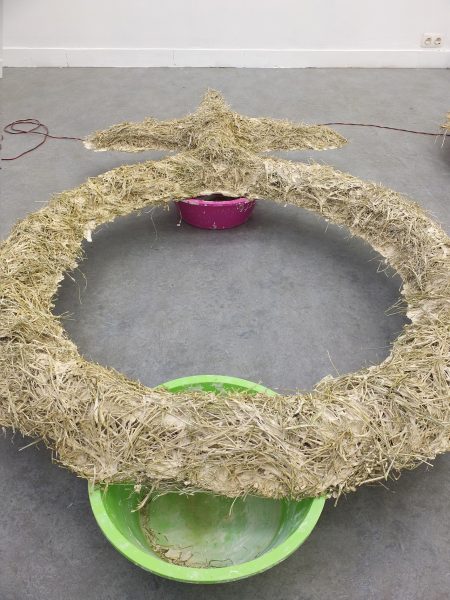 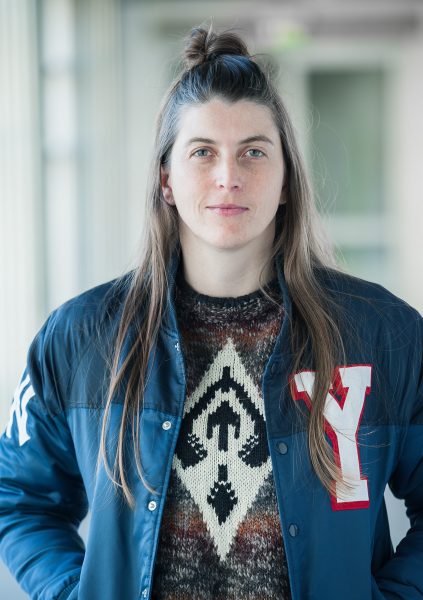