Can we draw an experimental knowledge from the forms that Valérie Mannaerts presents? Let us consider this as their and the artist’s intention-keeping the two separate. In the past, much of the works’ quick, intuitive and improvisational execution let it proverbially slip out of the hands of the artist and gain a life of their own. If the photographs, sculptures and drawings present blanks and bewilder, perplex and confound us with juxtapositions and zones of indistinction between human and some other life-monster, rare organ or ghost-it is not so that we can relish in oblivion and stop at the mystery of it all, but rather so that the limit of our knowledge and perhaps even more importantly the very perception of what knowledge entails may be reconsidered.

In her latest body of work presented at Etablissement d’en face, a precision, purposefulness and solidity of execution has entered the field. Hastily captured snapshots of sculptural, collaged or cryptic objects (a half-mannequin poised on a tripod; a tree-stump that is in fact a bin) which were found by the artist, but which she could have executed, given the logic of her previous work. As in previous work, this combination of found and composed material gives what we call ‘inanimate things’ a sense of having a mind of their own. And if the material substance of the new series does away with much of the ephemeral nature of past work, this is not to render them lifeless, but to aid their autonomy. Installed so as to face the viewer at the entrance and, on first sight, constitute a single dimension, the monumental photographs recall the earlier series Sculptures with Sunglasses (2004); albeit the images do not function as screens for sculptures but become more sculptural themselves, particularly once the viewer registers their metal support. One image from the 2004 series-which juxtaposes the blank stare of a youthful Juliette Binoche with a seemingly giant tower of crumpled cups behind her photograph-both continues the play of scale/life substance in the earlier work and assumes new dimensions in colour. Examples from a recent sculptural series of rapidly formed plaster ‘blobs’, previously entitled Ghosts, now Untitled, similarly gain new gravitas as gold-plated ceramics. Their presence is tested with various supports-a small stool and a perfect plinth.
A series of drawings and collages with chains and grommet punctures on black paper-a medium that assumes instant, almost galactic, depth-completes the installation. This new series again borrows forms from earlier motifs, particularly the recurring hairy mass as an unknown organ. Rendered in black on black, the form reappears in several drawings as a barely visible presence with uncertain boundaries. And yet, paradoxically, it may be perceived to have gained depth, weight, presence-especially as it now relates to an ‘experimental architecture’, a term that seems fitting for Mannaerts’ drawings, that has been distilled to several key elements so as to give acute points of access to this unknown dimension. 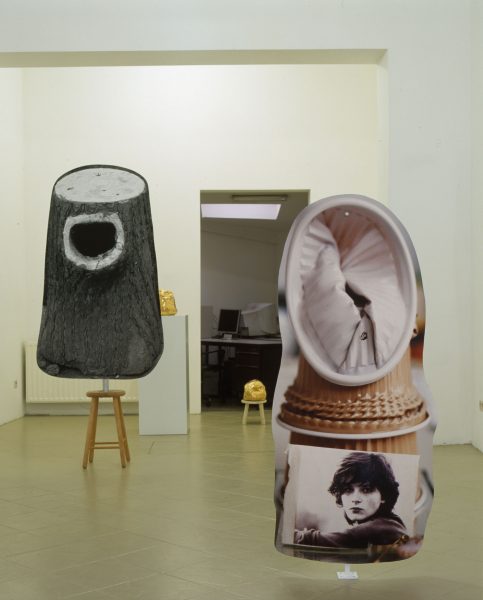 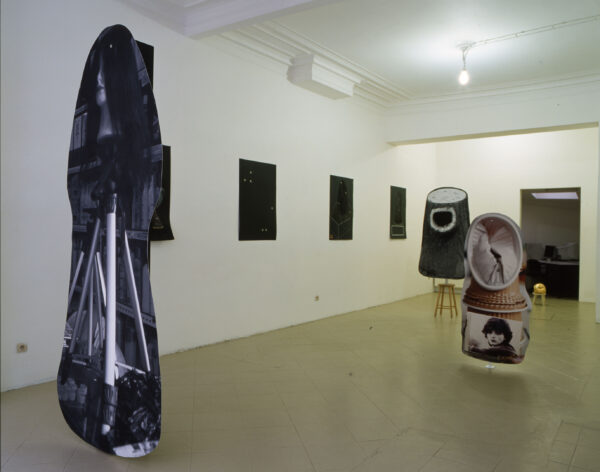 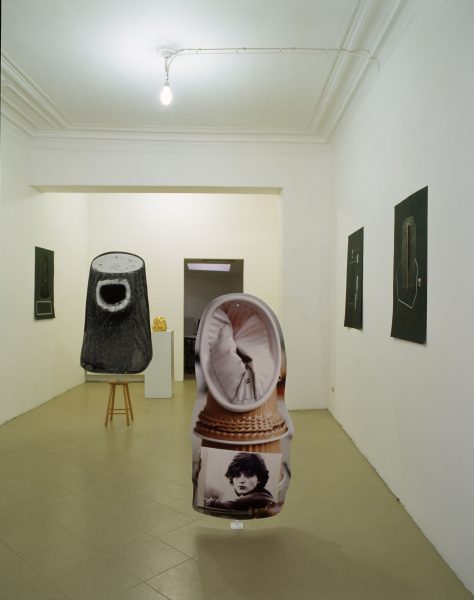 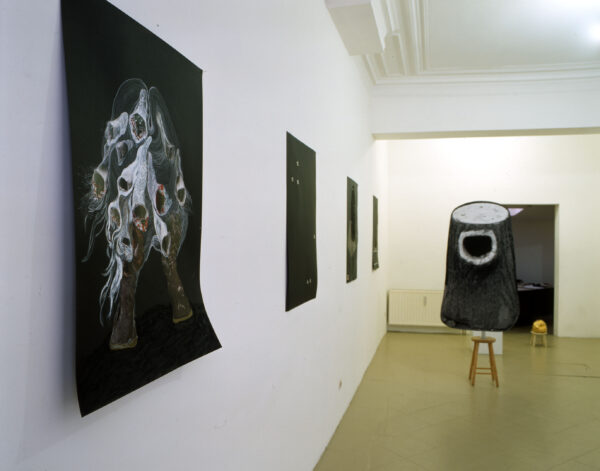 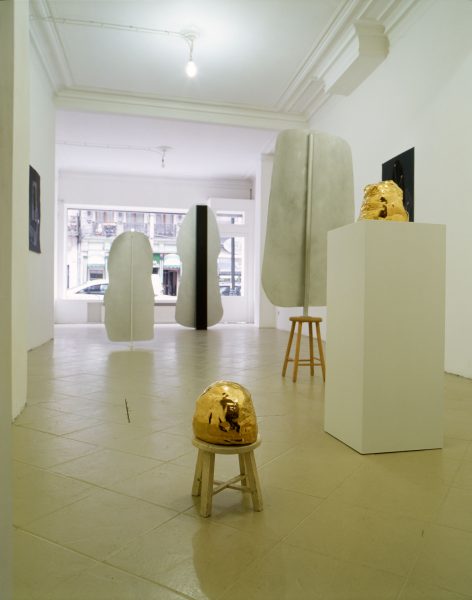 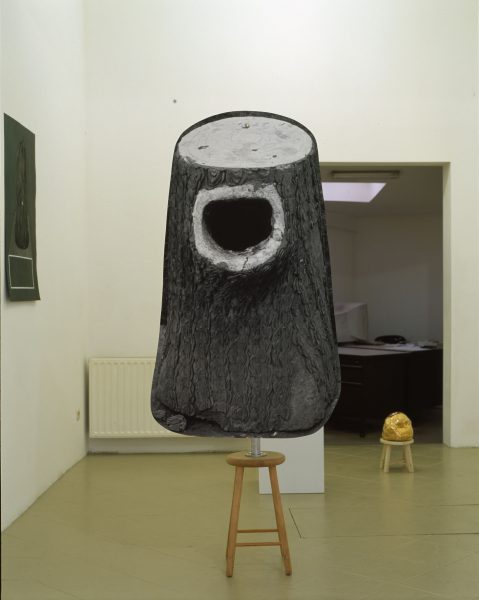 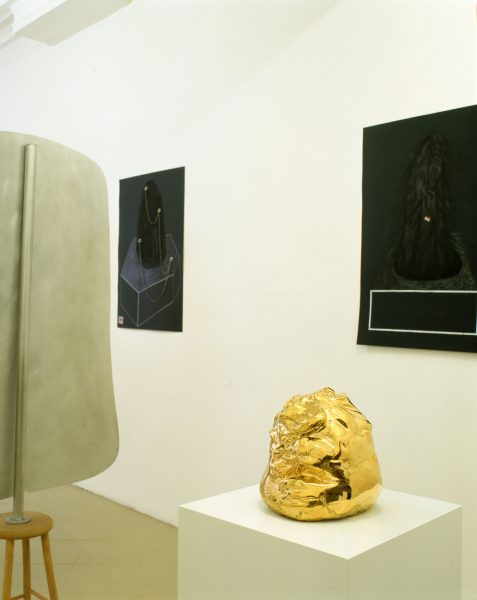 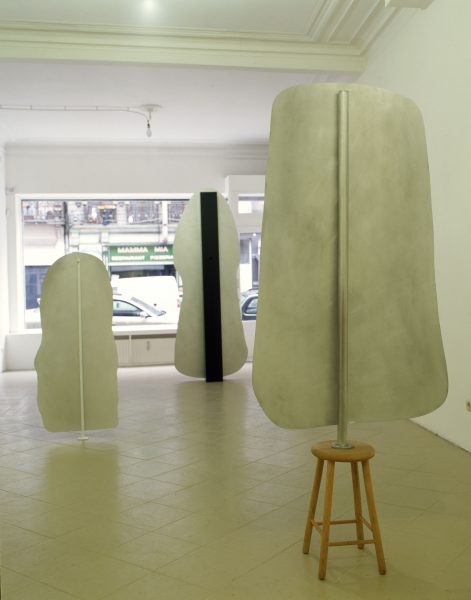 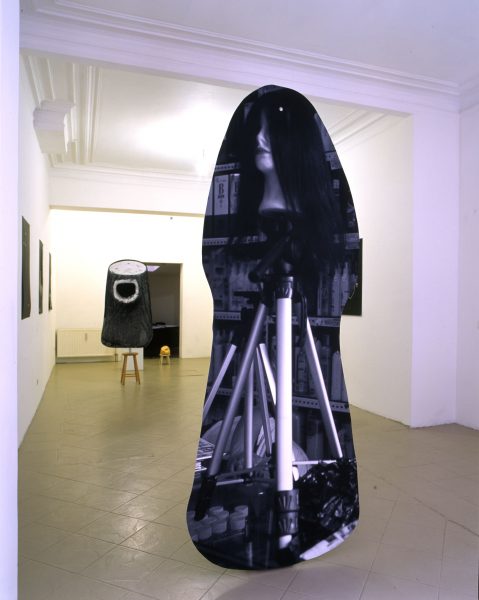 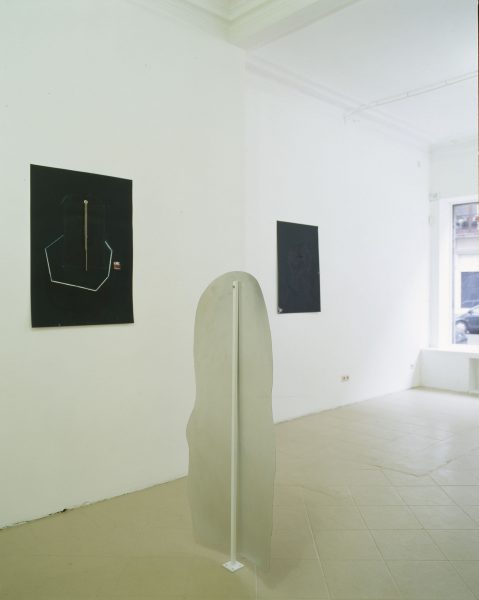 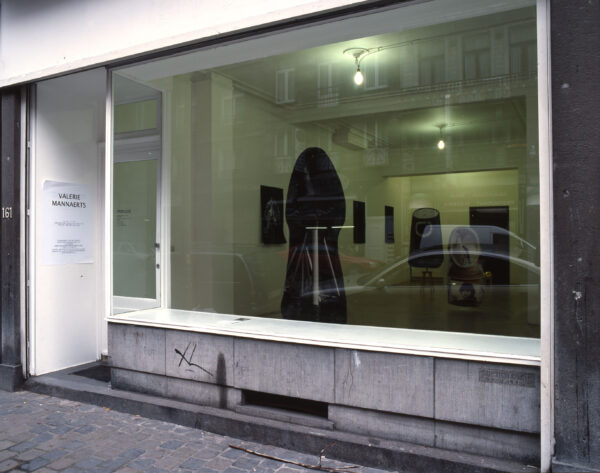