Gesamtcollage is an ongoing project by Sara Noel Costa de Araujo and Marc Paulin, where the present exhibition at Etablissement d’en face shows its first materialisation. In this context, the aim was to think of and design a city. The concept of Gesamtcollage is their proposal of a radical reinterpretation of a city by playing with some of the fundamental characteristics they find essential and positive: monumentality, dimension, proportion, mass, materiality. Contemporary constraints imposed on urban design – efficiency, sustainability, centrality, public space, individuality, branding,… – are decomplexified into their very initial, honest objectives: protection, structure, social cohesion, civil responsibility…

A decomposition into initial characteristics which ends up into opposing and separating urbanity to nature: total city, total nature. Gesamtcollage is a project which takes architecture serious for its initial aim… creating a structure to live in. Designing without a programme. Instead the design takes pure technical constraints, such as the size of fire compartments, the regularity of escape routes…, as pretexts to let emerge a seemingly irrational layout, which allows for heavy and over dimensioned structures to be tested as part of the solution. The radicality of the design is mirrored into the way of representing and showing the projects: the artificiality of the images being total renderings separating the portraits of the concrete structures as opposed to photographs of real nature.

The wanted radical autarcy of total city gives space to total nature. As a consequence, city compresses into a castle, interconnected with similar city castles. A compressed city privileges verticality to sprawl, laying specific importance to vertical circulation. The compression involves a degree of social control evolving into forms of civic responsibility and empowerment. The protective character of the city castle enhances the communal provision of services; health, gardening, public catering… where the base of a building is designed to develop into a range of service providing units; fulfilling in the end the characteristics of a hotel. The radicalisation of the buildings abolishes the drive for sightseeing, rendering the branding and marketing of the city castle impossible.

The design is reduced to a minimum, a non-design through the use of concrete which forms elements defined by their structural properties only; structures are individualized by the properties of the material not by the functions of the elements. The buildings are designed without defining them by their function; structure as a spatial container. The proposed arrangement of the structures is only a suggestion; the concept of another structural ordering is open and thus every structure can be assembled differently.

The present first show materializes in the first edition of Gesamtcollage – Volume 1 Structures (2010). 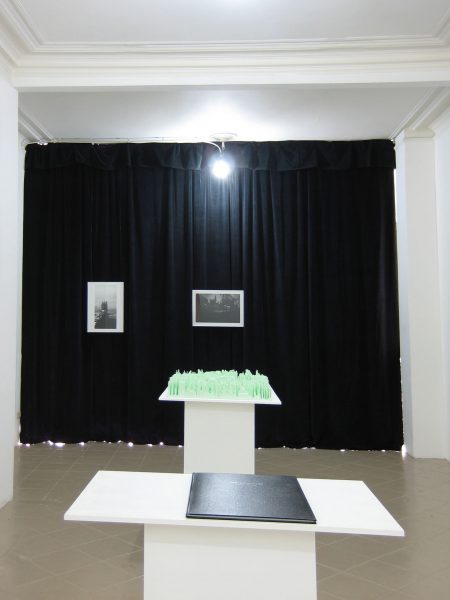 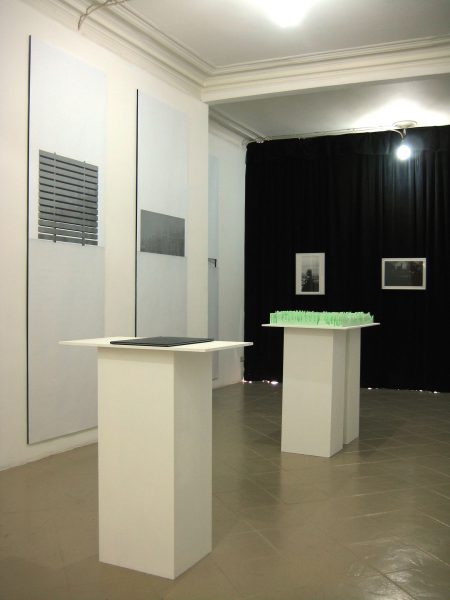 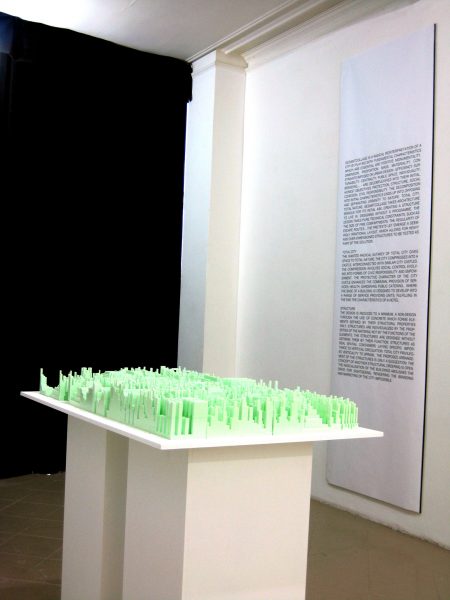 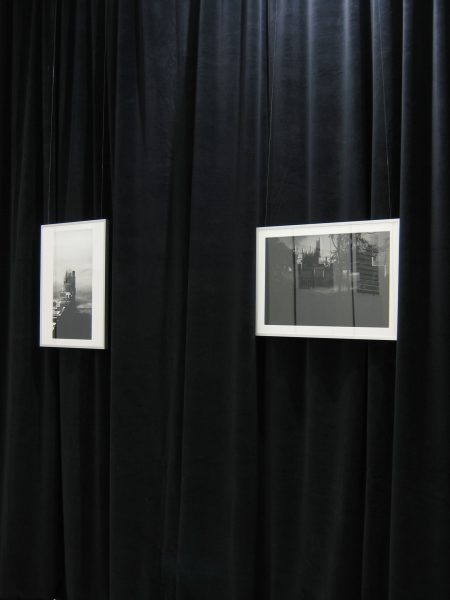 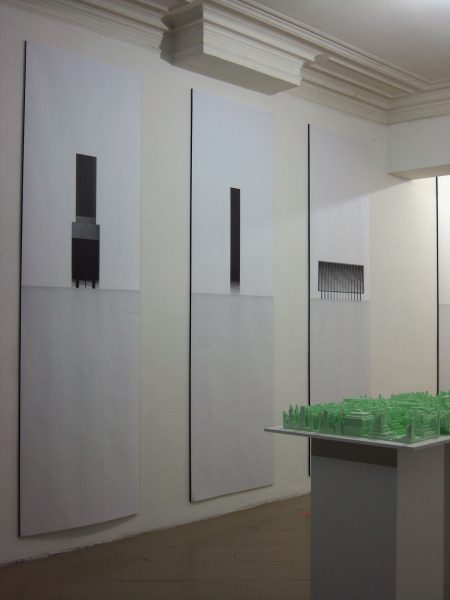 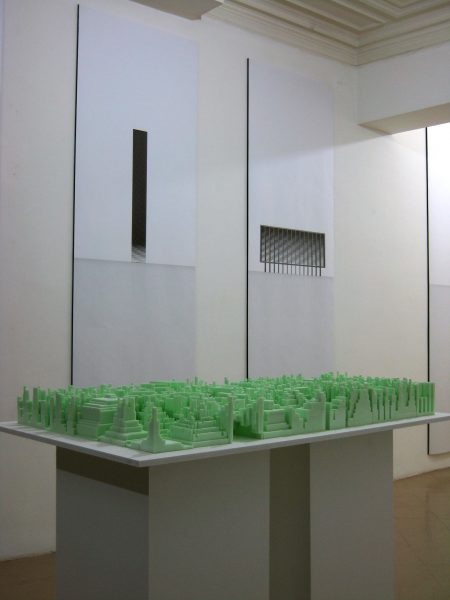 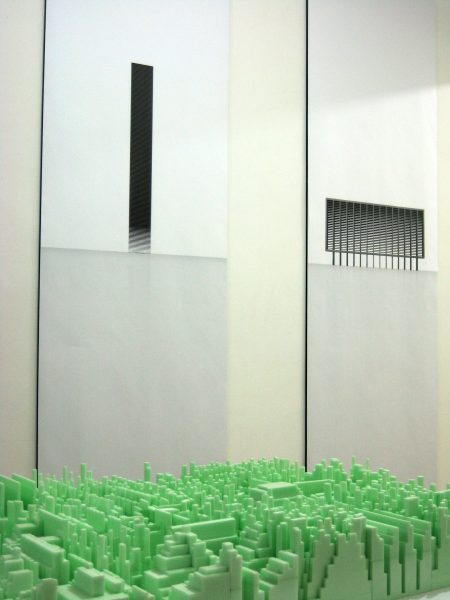 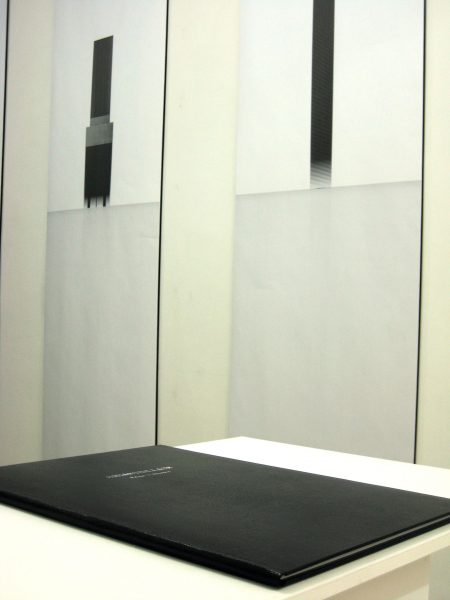 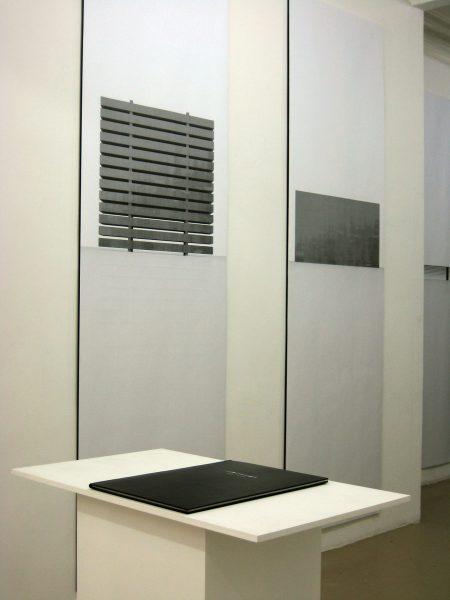 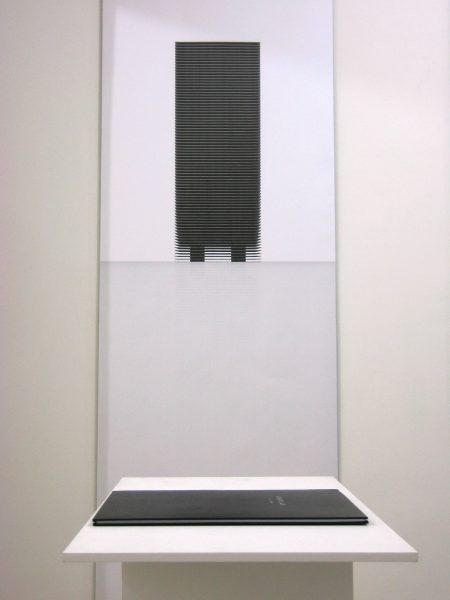 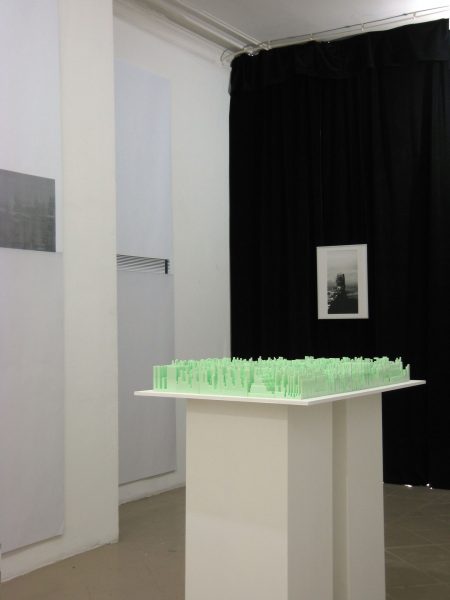 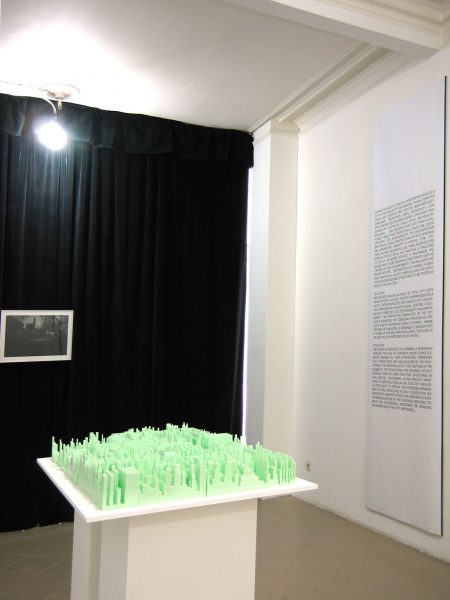 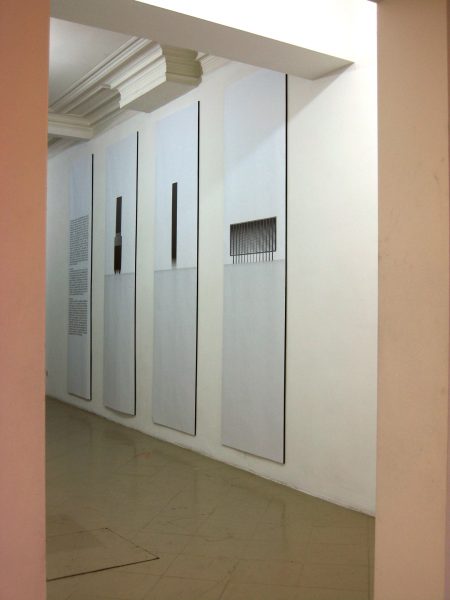 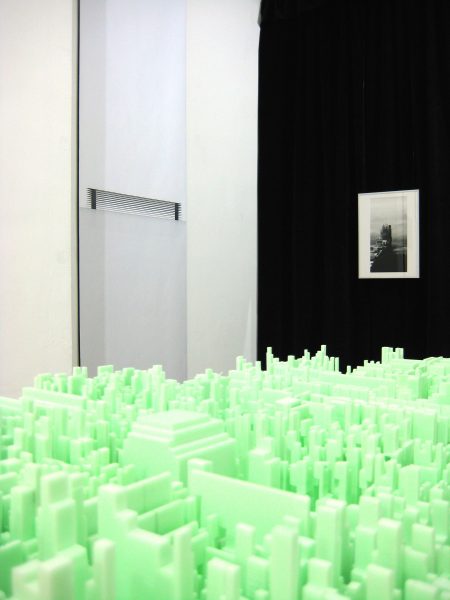 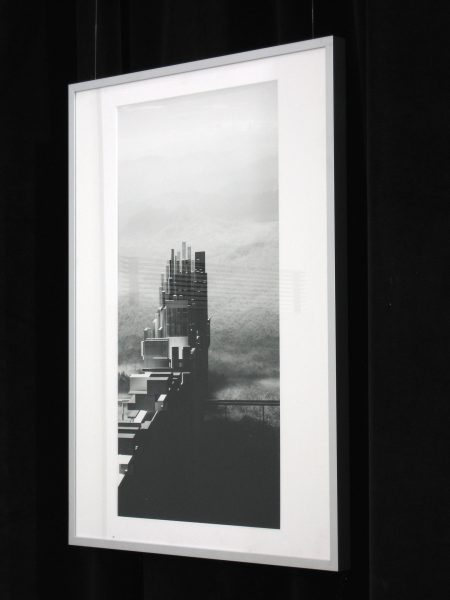 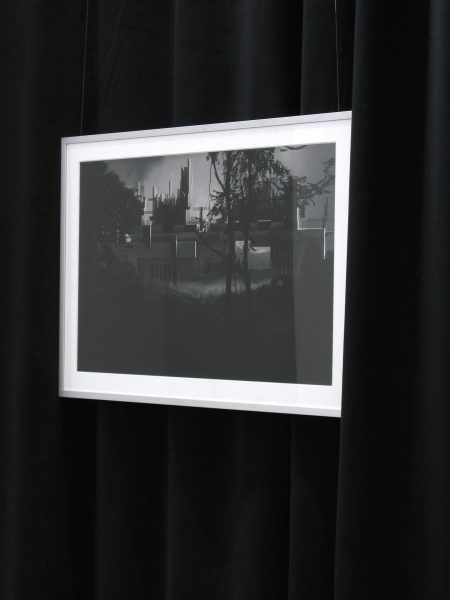