With ‘Gorilla’ Timothy Stappaerts presents an interim selection of photos from an ongoing project initiated in 2005.

On the one hand, Gauguin’s quest for a utopia of utter beauty would seem to be the most important reference; on the other hand, there is Douanier Rousseau’s mental distance (and loneliness). This is revealed in the design and the conceptualising of the images; although each image explicitly takes place ‘elsewhere’, the design – the thought – exists ‘here’. The photos are based on a continual activity of making sketches and aquarelles.

The conceptual beginning of the series is overshadowed by the explicit aesthetic intention of the photos. The images spring from a positive belief in unspoilt beauty and, as such, morality gives way to phenomenology. There is no critical distance taken in regard to the subject, instead there is celebration. Each image is individually recognisable as an existing archetype.

The whole series (and a selection thereof) is entirely comparable with the (pictured) archetypes from the Tarot. Tarot cards, as a set, form a holistic vision of man in the world. The cards/images must not only be viewed separately but also in relation to the others. This is perhaps why a spatial (and physical) presentation of photos also commands more importance than if the images were displayed in a book or magazine, even though they appear to be ideal for that purpose. 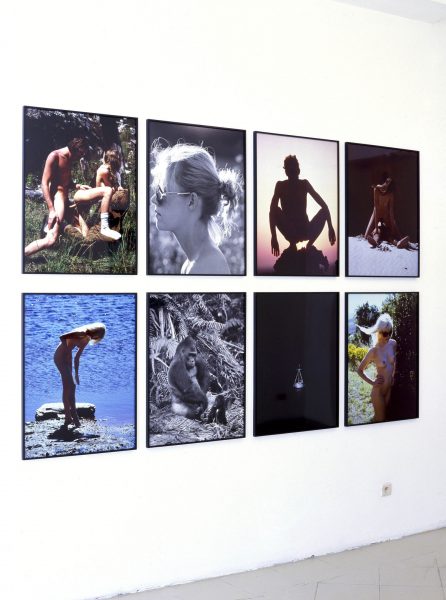