Under the heading Cats & Cars Thomas Bayrle (b.1937; lives and works in Frankfurt-am-Main) and Gerald Domenig (b.1953, lives and works in Frankfurt-am-Main) present a sequel to their collaboration in 1978 that then resulted in a publication with the car as its theme. At that time Domenig was a student of Bayrle’s in the Städelschule, the college of art in Frankfurt. There Domenig published photos of cars in all their commonality, as a central, often subconscious motif in a mobilised society.
Bayrle had developed, amongst other things, the motif of the car, using the sketch of a single car as a stencil for the unbridled, serially structured multiplication of it in large page-filled areas. Via mutations in the tight arrangement of that iconic motif, there appears, in illusory relief, a portrait, a figure, or a car. The interweaving of these two works into one publication results in a characteristic compulsion and acceleration, owing to the phenomenon of the ‘car’, as well as into less savoury moments of standstill. These remarkable bookwork is available for sale at Etablissement.

Having been invited to exhibit in Etablissement, both artists have decided, 30 years later, to once again compose something featuring the car, by way of a duo-exhibition. Thomas Bayrle presents the work Auto (1983-1985), a monumental collage of black+white photocopy cut-outs, in six parts. Using thousands of standardized image fragments of aerial views of parked cars and urban structures, Bayrle creates one standardized car in full stature. Let’s say, a Volkswagen Golf.

In contrast to Bayrle’s synthetic image, Gerald Domenig hangs a series of singular black+white photographs in a very particular arrangement. Domenig focuses anew on the urban environment. In their natural habitat cars figure in different situations and circumstances whereby, in their singularity, life is breathed into them. Through for example the surrounding environment mirrored on coachwork, precisely chosen graphic clippings, and focused combinations of motif images, Domenig realizes a photography without wanting to commentate on the weight of our mobility.

This remarkable, not-to-be-missed exhibition, Cats & Cars by Thomas Bayrle & Gerald Domenig, runs until Sunday, 19 October in Etablissement d’en face, Dansaertstraat 161, 1000 Brussels; the gallery is open from Wednesday to Saturday, from 2.00 pm to 6.00 pm. 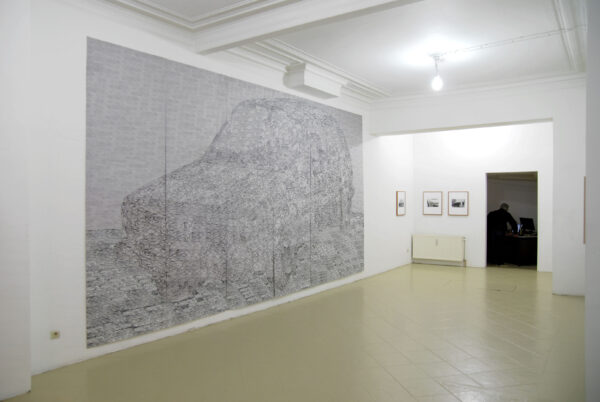 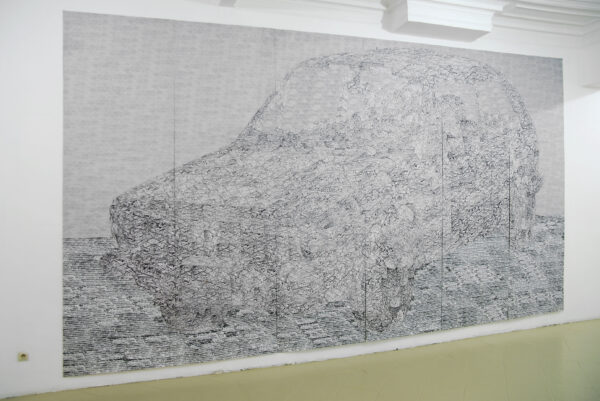 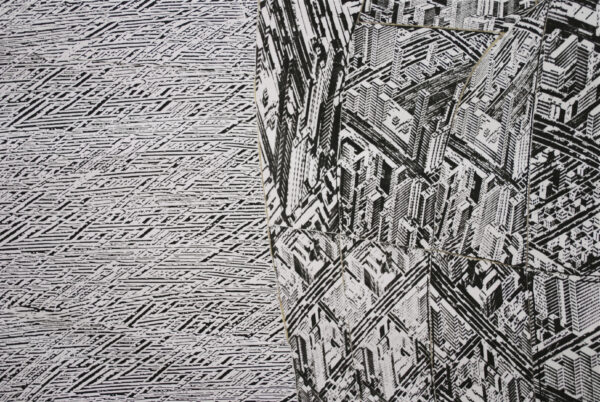 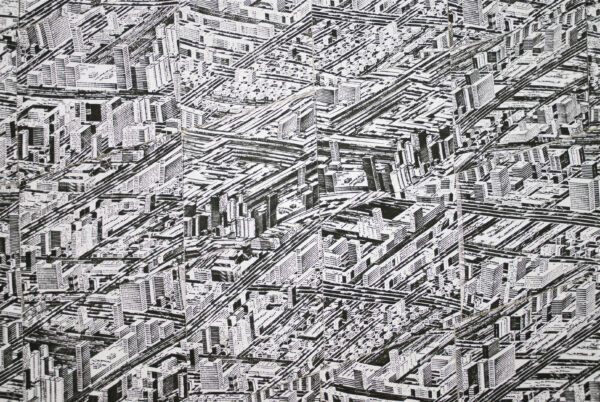 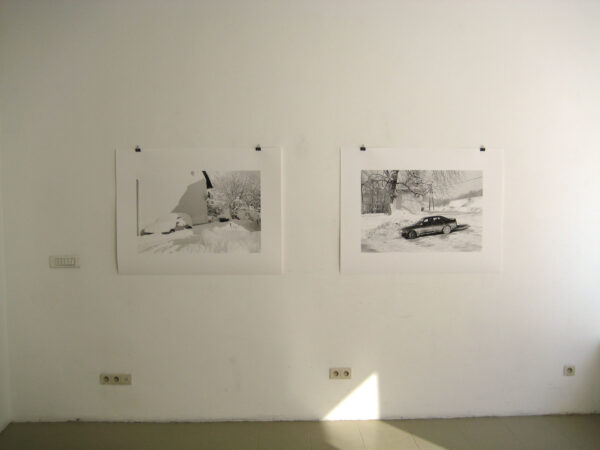 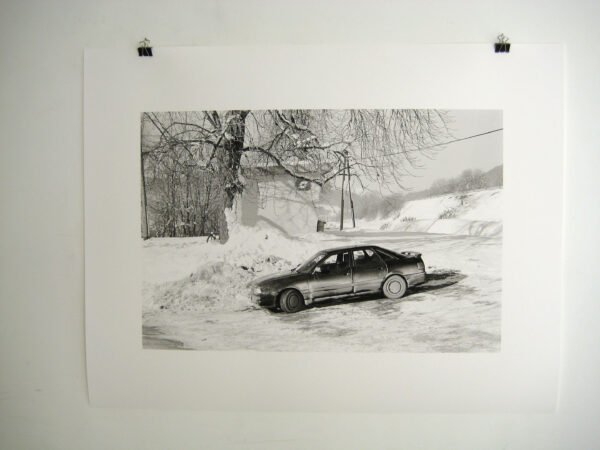 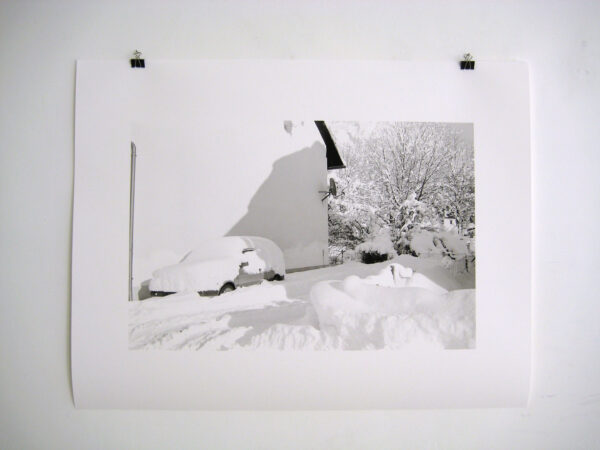 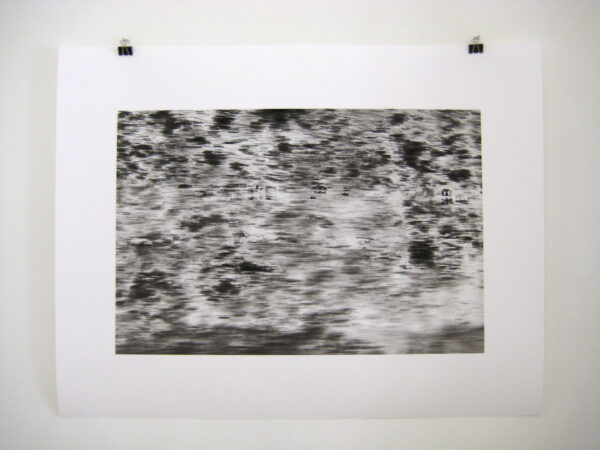 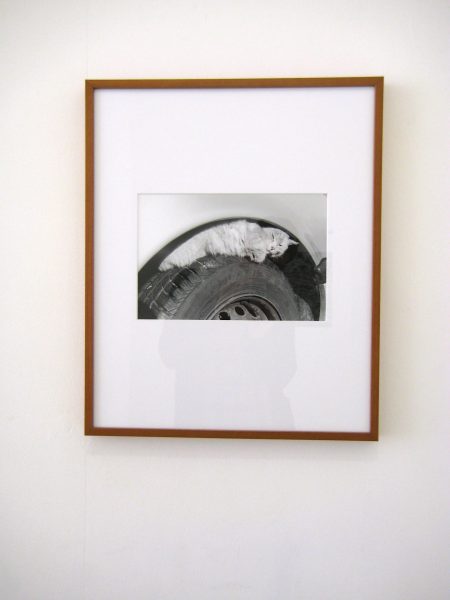 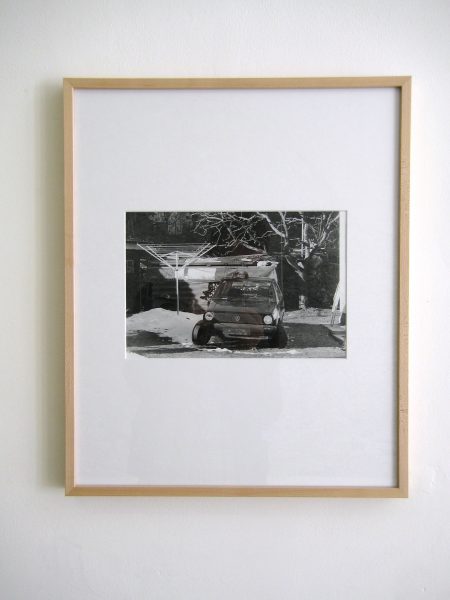 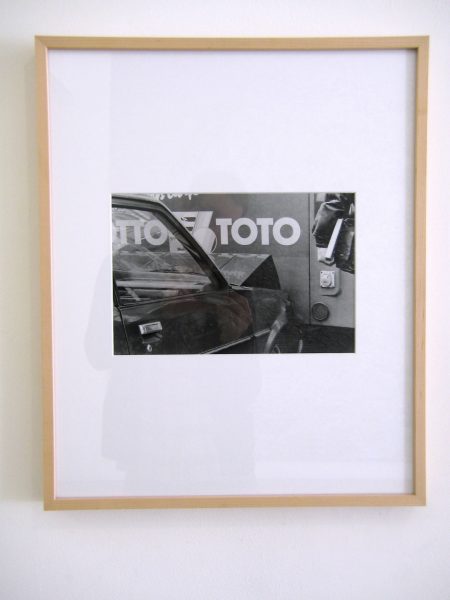 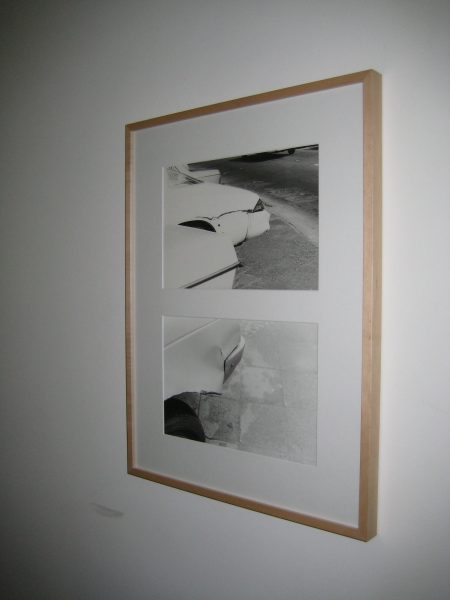