The Sixth Year re-interprets the format of the TV series. Set in the New York art world, it stages the backstage and theatricalizes the social interactions and power games, the aspirations, passions, and everyday realities of the field. The screenplay is based on interviews with artists, curators, gallerists, collectors, and art advisors, whose opinions, anecdotes, and gossip it abstracts and extrapolates into a fictional narrative.

The art world is as rich a subject as it is an exploited one. Its internal contradictions and its entanglements with capital and power have nourished several generations of institutional critique; reality shows and lifestyle magazines cater to an ever-growing popular interest in its glamor and extravagant personalities; and a wave of gossip-based art has recently exploited its group dynamics and explicated its language games. Situated somewhere between Andrea Fraser, Gallery Girls, and Jerry Magoo, The Sixth Year seeks, above all, ambiguity of form. Inside knowledge and sensitive information were processed, rendered abstract, and relayed among contributors so many times that spectacular exposure gives way to a focus on structure, as the series’ formal heterogeneity foregrounds the processes of transmission and transformation rather than the information itself.

As a project that ran parallel to a year-long exhibition program at a downtown New York art space, The Sixth Year is an attempt to rethink traditional exhibition formats and audiences, and to open up a less determined space for both making and engaging with art. Contributions by a great number of artists vary widely in form and scale, ranging from acting, screenwriting, directing, and cinematography to providing material for the script or artworks as props. And just as it trades centralized authorship for a functional division of labor and credits, The Sixth Year trades the gallery for the personal screens of a diverse audience.

The Sixth Year is produced by Jakob Schillinger for MINI/Goethe-Institut Curatorial Residencies Ludlow 38. 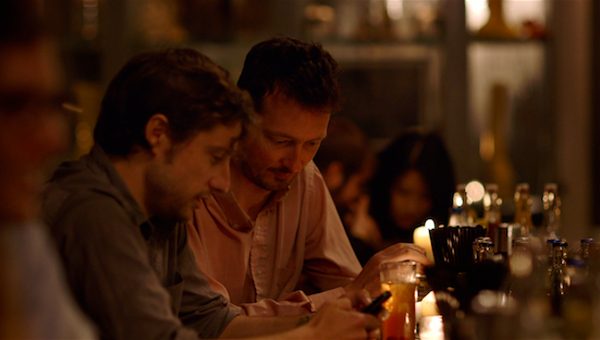