.
An introduction to Strookoffer and the 44%

Things happen in places.
Spaces are places where thoughts think and grow.
The history of art has a lot of bars.

The Art Club in Vienna was a 1950’s members-thing composed of artists, writers, and musicians who would meet up in spaces around the city. At the time there were many players who developed the ecology of that scene in the city of Wien, and then one day, they had their own space: a room underneath Adolf Loos’ American Bar. It was a sub-space that was slightly secret, away from the popular eyes that were drinking above. It was a place for experimentation. The space was a translator of sorts for activities and ideas, where someone of one creative genre would enter, turning into the creator of another. As a kind of mirror image sitting below the iconic Loos architecture, this space was raw. The walls were covered with straw, the cheapest material available. Lamps were brought in for illumination. Meetings were held here. Through talking, and drinking, and planning, and experimenting, and at least one gun-shot into the ceiling, something developed. And as we can now say with a little confidence, Vienna is most certainly the birthplace for a very specific kind of performance. The group called this space Strohkoffer.

Los Angeles in the desert-spring of 2015, Christoph Meier, Ute Müller, Robert Schwarz, Lukas Stopczynski (and initially Andreas Bauer) BBQing in the backyard of the Rudolph Schindler-designed Mackey Apartments. What they see is an empty garage, that was supposed to become their shared artist studio. When they discoverd that the garage measures the same depth as the Loos Bar (American Bar) in Vienna, designed by Adolf Loos, teacher of Rudolph Schindler, the group shared an idea of building a facsimile of the Loos Bar, but translated to fit within the slender low ceilinged garage they were looking at. The space this new bar inhabited was about a third smaller (65% to be exact) than the original in Vienna, and because of this fact everything was to be scaled in a similar way. Walmart, Home Depot, and Dollar stores far and wide, were the sources of building supplies. The material language of one place being translated into a language befitting this new one. In this version of the bar, the booths were tighter and more intimate, the ceiling lower and a little more there. The bar you leaned upon had a rail that was familiar, but this one was a hot-pink pool noodle. The interior was an image of the Loos Bar, kind of. The iconic design details where there, but filtered and translated for L.A. This deviation was surely helped along by the fact that the original forbids photography. Memory is the tool that works along with discussion to develop the decisions that turns thoughts into forms. This memory presented an opportunity for these four people to build something else that was specific to where they are at that moment. This bar was open only on Fridays. Word of mouth was the invitation that turned the space into a meeting place where this particular shrinking made a version of reality that developed a life, and language, of its own. Dialogues happening within the interior would often program the next weeks event. The space was an incubator that proposed object additions to the interior. The four creators would all take turns tending bar, and it was a performance. A role to enact and make one’s own. This garage space, was now a place, and it was called Los Bar.

But now it’s 2017 and we are in Brussels. Christoph Meier, Ute Müller, Robert Schwarz, and Lukas Stopczynski are all here and they have brought with them an idea for the basement of Etablissement d’en face. This bar is the object result of a conversation occurring within time and space. It’s an abstracted dialogue between a sub-basement in 1950-something Vienna and a 2017 basement of an art centre in Brussels. The American writer Norman Mailer, in an introduction to a biography on Marilyn Monroe, said that magic happens in the making. That is to say that only by doing something, can something different really come about. This four-tet discovered quite quickly that the dimensions of Etablissement’s basement are exactly the same width and height of the Loos Bar in Vienna, but 44% longer. This extra distance has been used as the magic number with which to translate the decisions that will take ideas and impressions from one basement-space long ago in Vienna, into our present moment at Rue Ravenstein 32. Since histories of this genre have many missing pieces, elaborations have been made in the building and translation of ideas into form. The extra 44% has been put to work. This number has been used to enact a space of conversation. Adolph Loos makes a guest appearance as the background ghost with whom to work with in transforming raw materials into a finished interior for people to visit. Lighting has been chosen to mimic the spare remaining archive photos this group of four used to develop a plan from. This new ratio has informed a way of working, both in the building and in the operation. The difference has become a tool to develop something new with. So, everything will now be re-thought of as longer. Things will happen slower. It will take more time. This might be a familiar coincidence to long time visitors of Etablissement, this lengthening of time. The space will dictate a particular approach to duration. Where in L.A. the minimising third allowed for events and gestures to be truncated, cut-off to fit the spirit, here they can stretch to fill the volume. If your story takes ten minutes, it will now need to be a little more than fourteen. Take your time. Slow it down and fill the space. That extra piece, that additional volume, is a gift. A reality particular to this space, within a place, that you get to visit, every Friday at 7pm, for the next several weeks. I guess now it’s a good time to say, welcome to Strookoofer.

For reference, your bar operators, the proprietors and builders of this establishment in the basement of Etablissement, are: 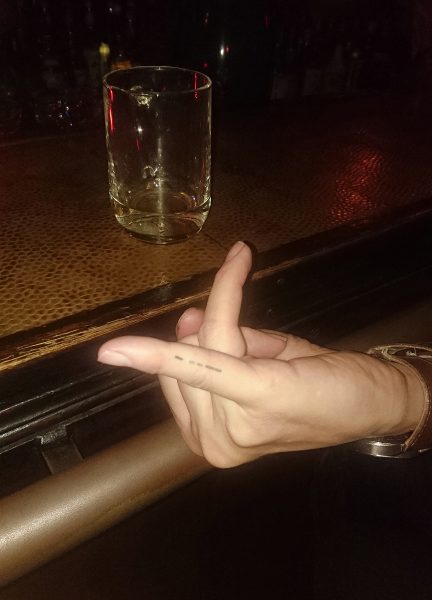 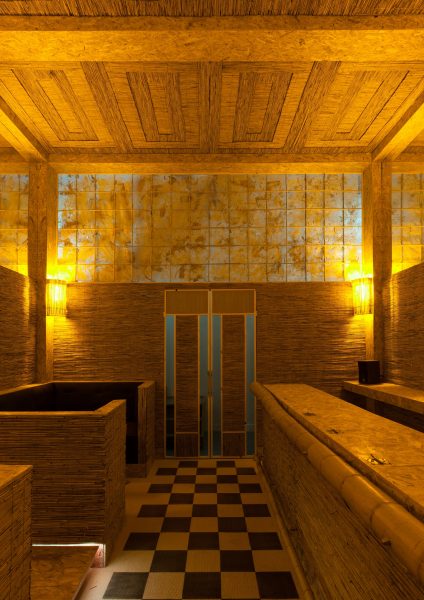 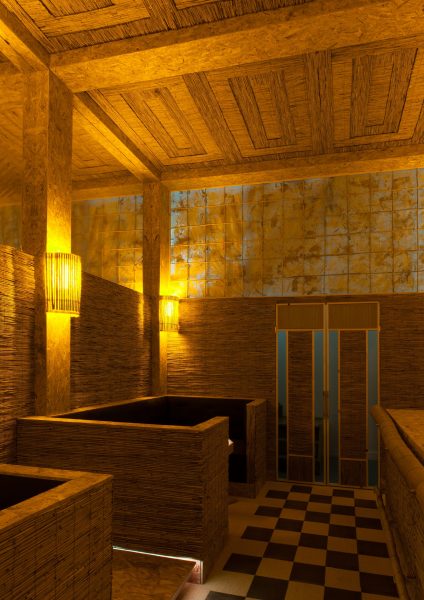 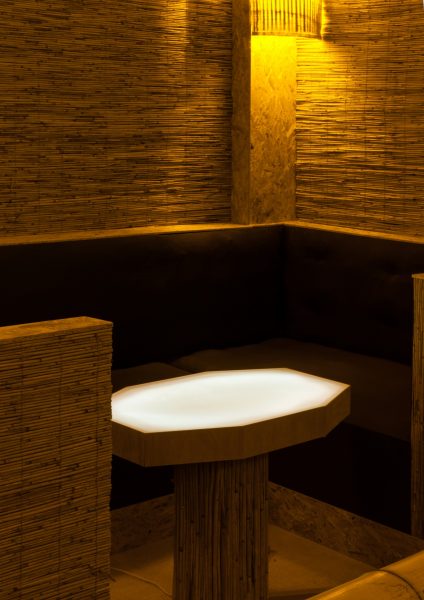 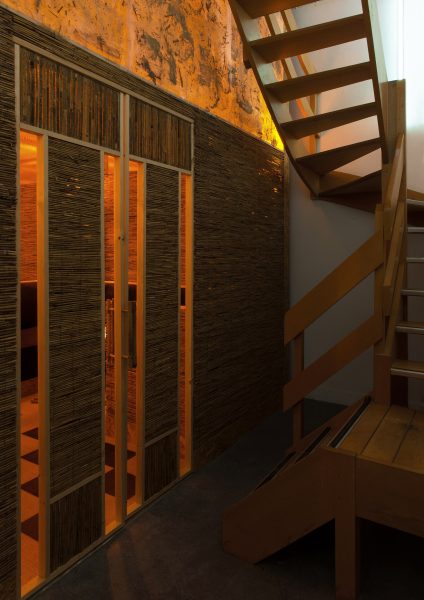 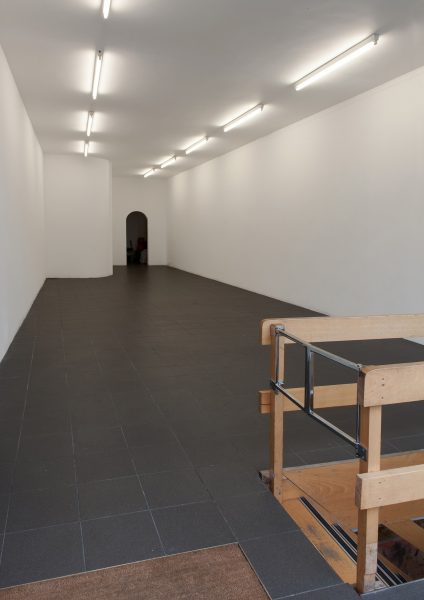 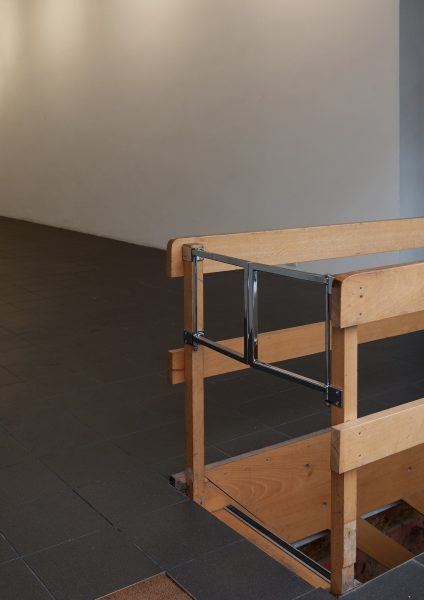 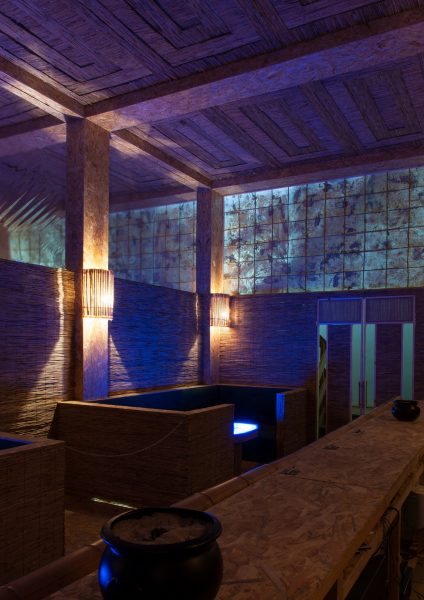 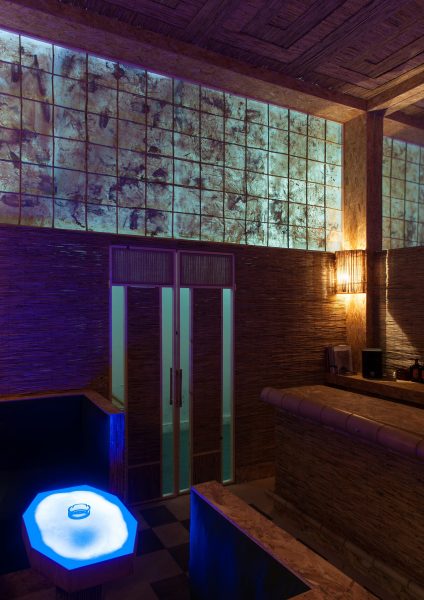 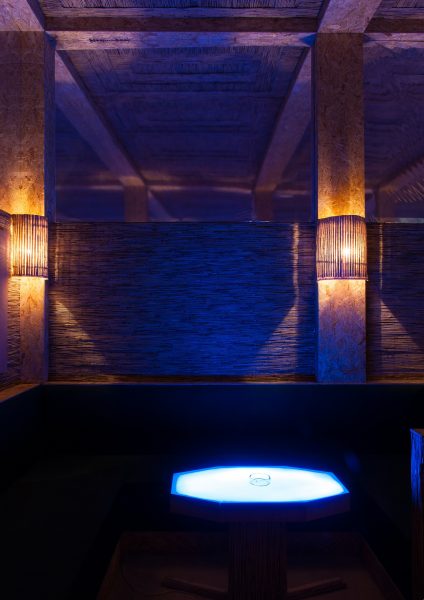 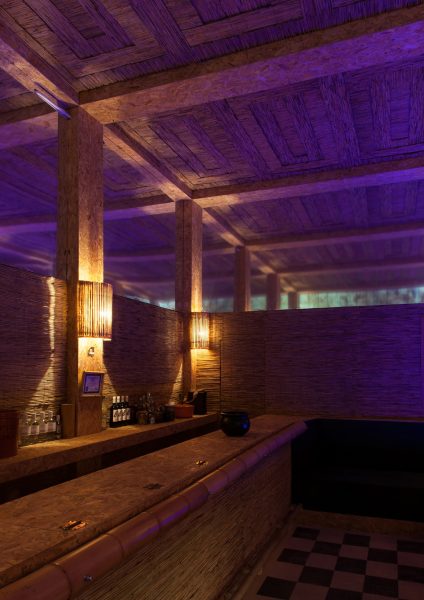 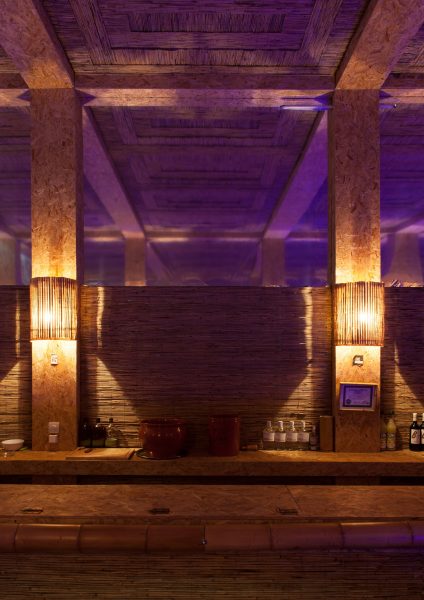