The exhibition “Tournée” combines different forms of experimental performance, the movement to a different place and the site-specific transformation of a documentation of this performances series into an exhibition presentation.

“Tournée” consists of two parts: firstly, the lecture performance with the “Mobile Cinema”, a reconstruction of a film prop from Alexander Medvedkin’s film “The New Moscow” (1938): a projection and viewing table, which an engineer uses on his journey to Moscow to present his designs and visions for the new city – a bizarre model that is something between urban model, cinema, and plate camera – and with which the artist Romana Schmalisch, almost like the engineer in the film, has been going on tour since 2009; secondly, the documentation of the places and venues of the “Mobile Cinema” performance until today as well as a short tour travelogue, focusing on the movement between the places, on the “in between” of the events.

In “Tournée”, the performance space of the “Mobile Cinema” is turned into an exhibition, and the room sheathed in a perfectly fitting negative form. The performance event at etablissement d’en face as well as the places and accounts of the tournée appear as an after-image.

But see for yourselves! 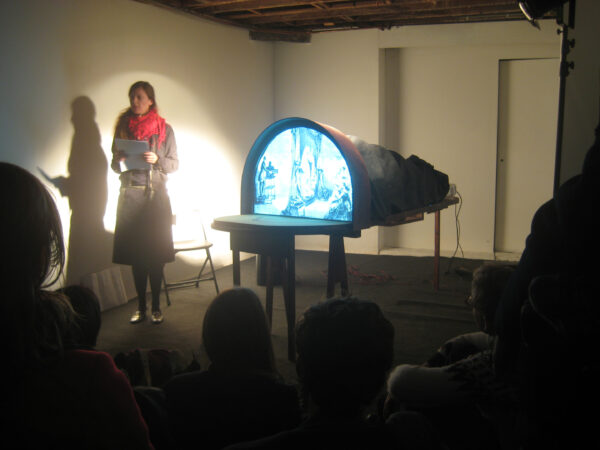 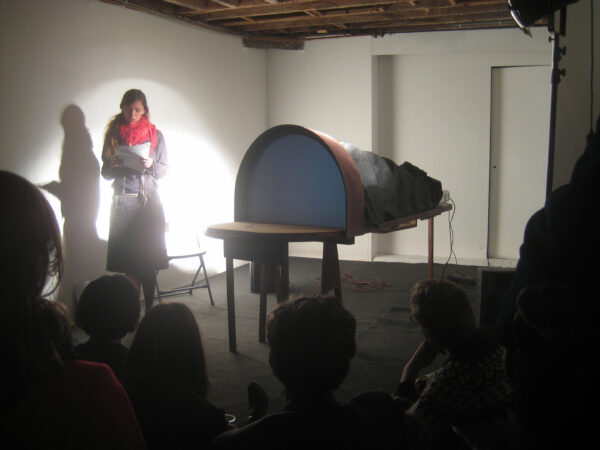 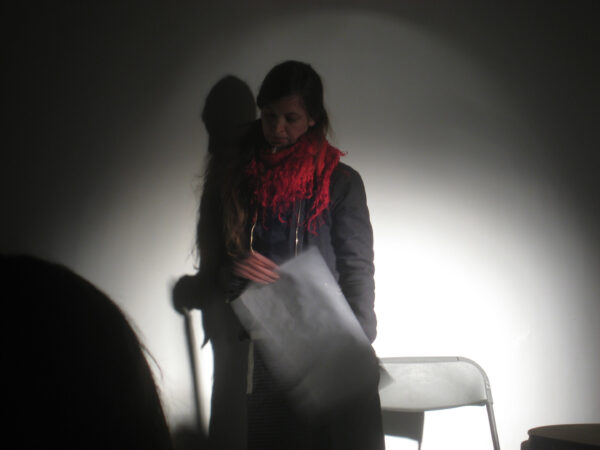 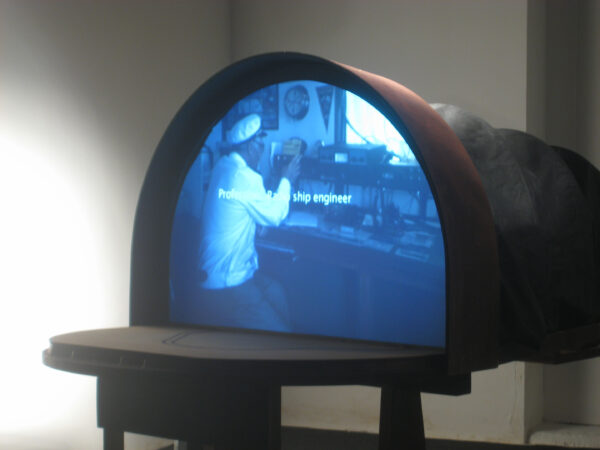 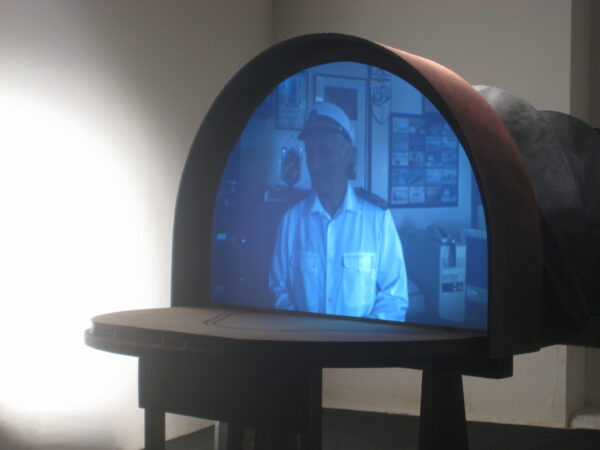 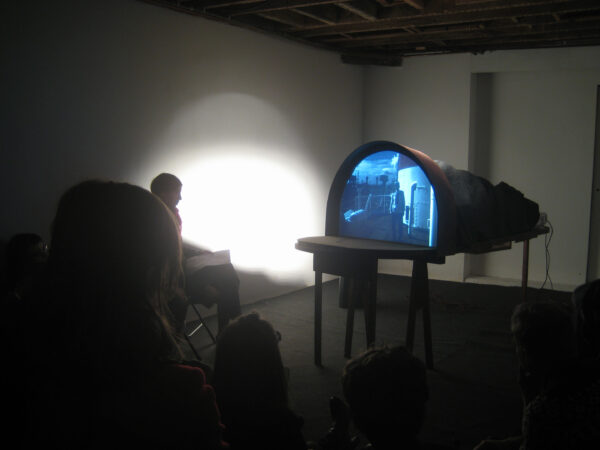 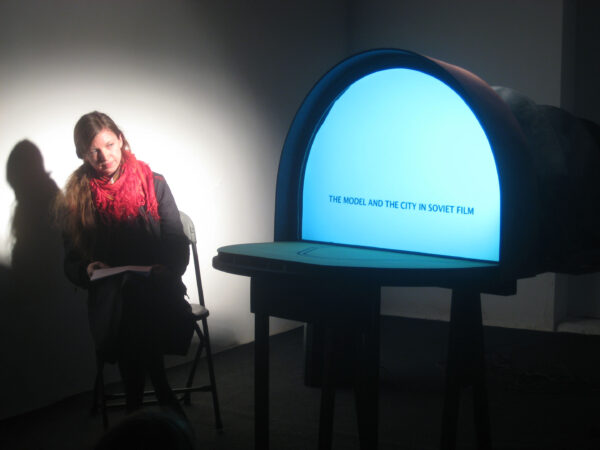 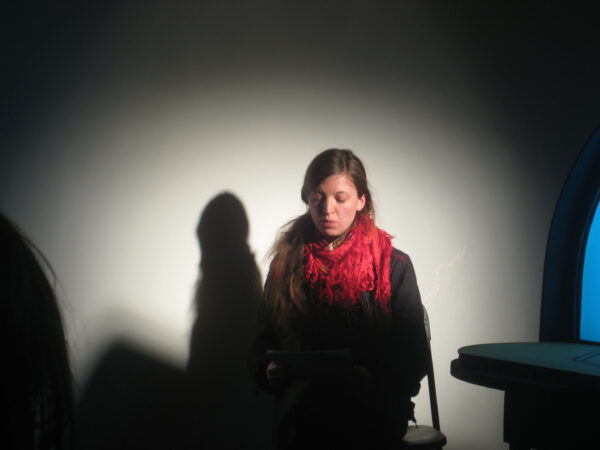 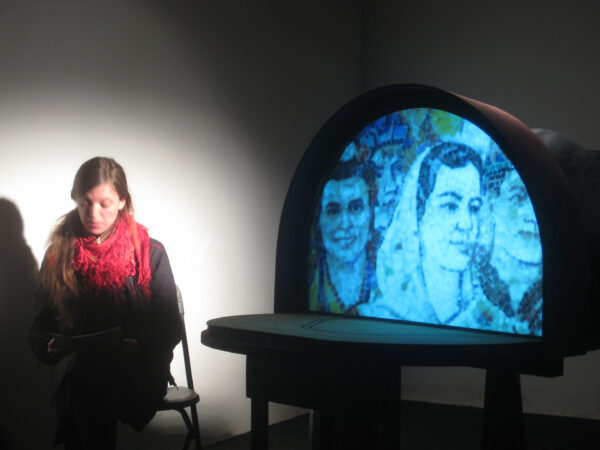 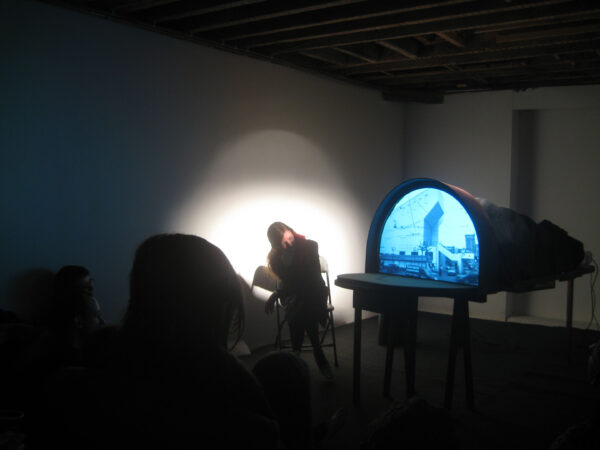 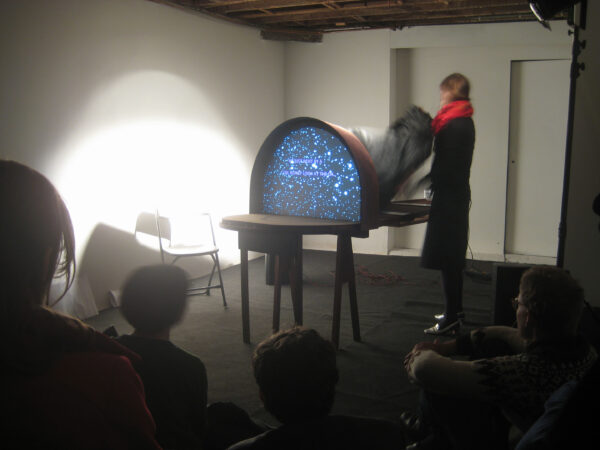 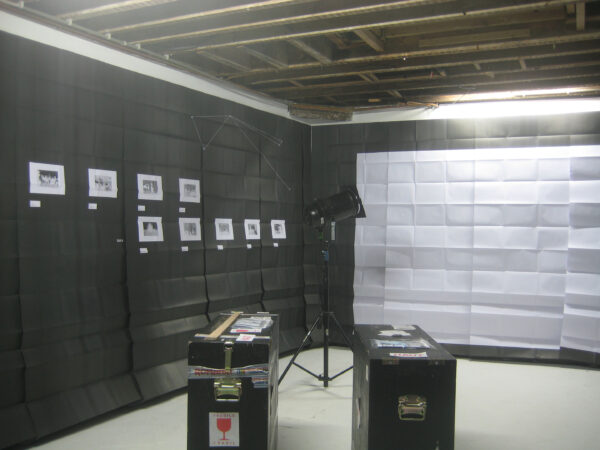 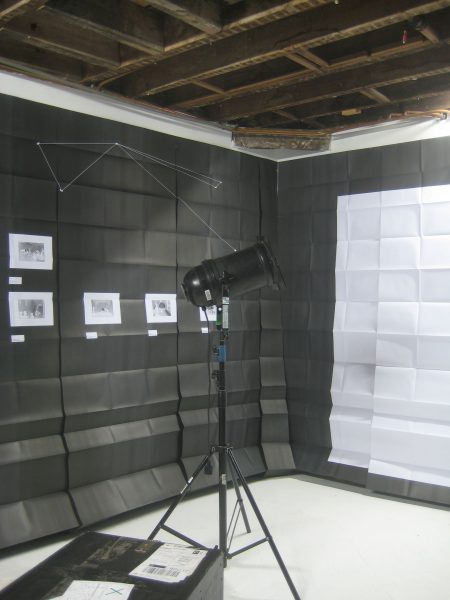 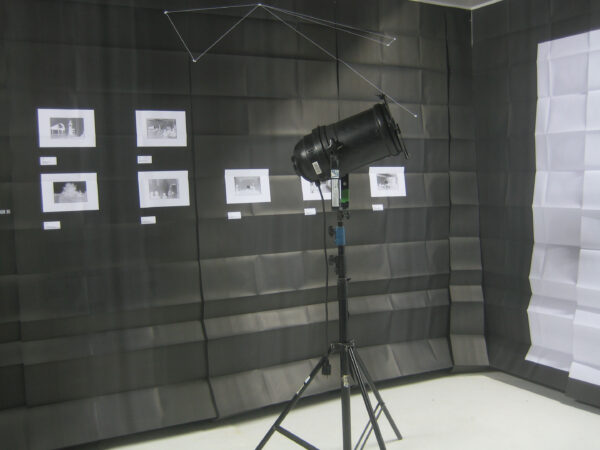 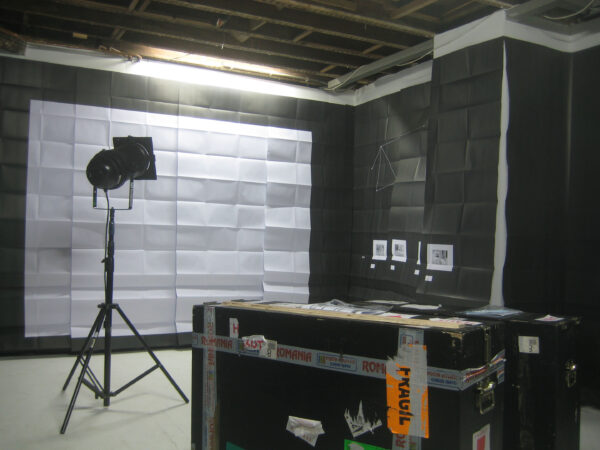 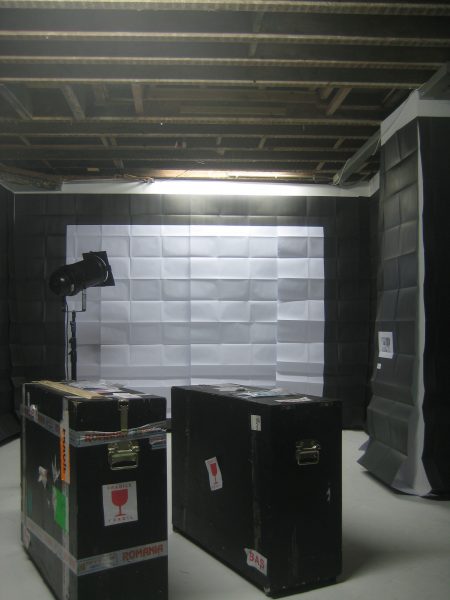