Echo2 was a further unfolding of Echo1, the first part of an exhibition by Suermondt, who was briefly with the Brussels Gallery, Paolo Boselli.

The artist formulates himself: ‘The title Echo II describes the development of a method of working during the creation of an exhibition. The reason why I actively show painting, is that I want to bring it to a certain point where it isn’t painting anymore. The stadium that reflects on it, but also the stadium from which it can be the reflection itself. In my work there is a permanent interaction between photography (the one we daily see) and painting. This interaction places one medium in the light of the other, provoking besides similarities where we don’t expect them, as ‘displaced’ commonplaces. At Etablissement d’en face, I show a film projection and I put it in relationship with the way we see my painting. The movie Filigranes shows on both sides printed pictures, taken from magazines and newspapers, sometimes filmed with backlighting. Just as with banknotes, a figure appears on the paper. From the superposition and the encounter of these images on both sides a play of associations arises unavoidably. To be able to project this movie in Etablissement, I needed faint light and so I thought of separating the space in two areas by means of a wall, with in the front, at the street side, the presentation of a painting in daylight, while the movie appears in the created backroom, by faint light. This separation of the space shows itself in the front as a white wall space in the middle of the room. The autonomous character in the room lends it a sculptural dimension, almost a monolith. In its back the wooden supporting structure ends up in a table, on which the projection of the movie is shown. The approach of this construction proceeding from the articulation of two areas, raises a multitude of perspectives, as a resonance of the works that bears it on both sides. On the floor below, the exhibition continues to develop by repeating the proportions from the ground floor to reduced scale. The same wall space brings in relation what you can see on both sides. 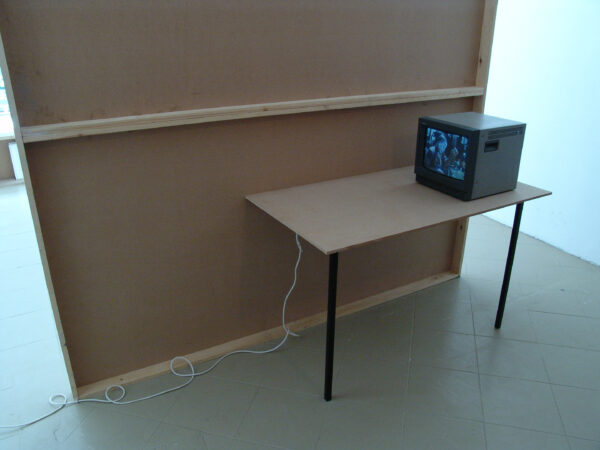 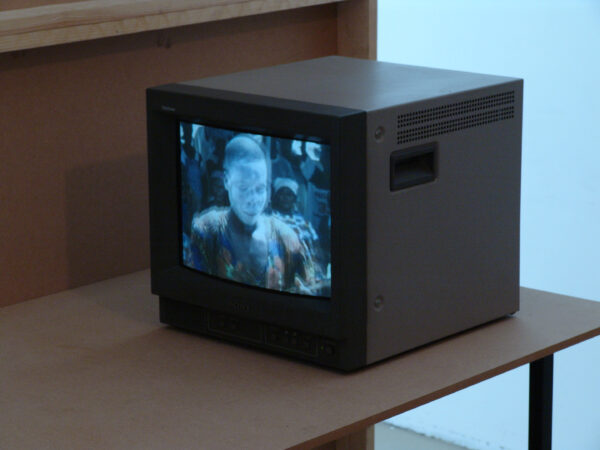 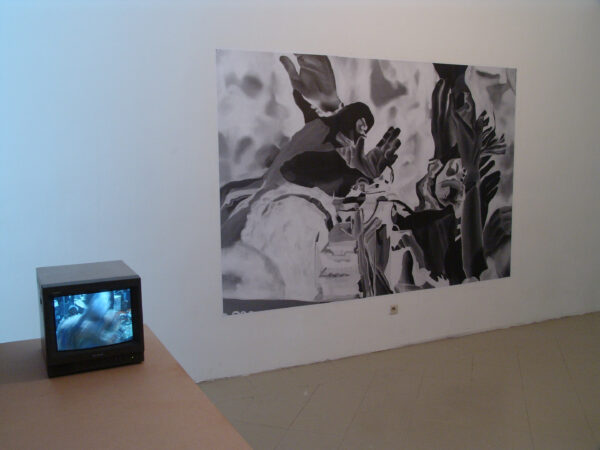 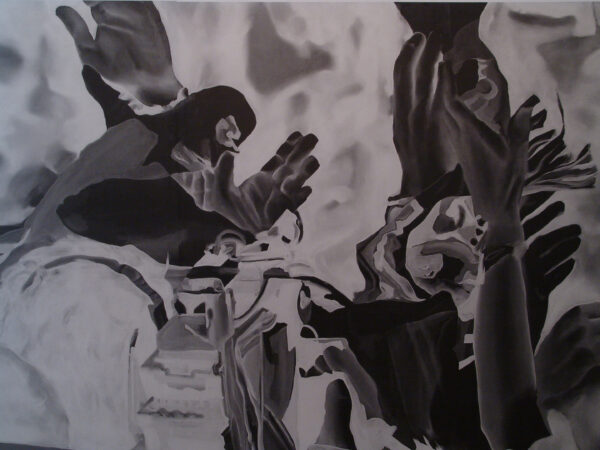 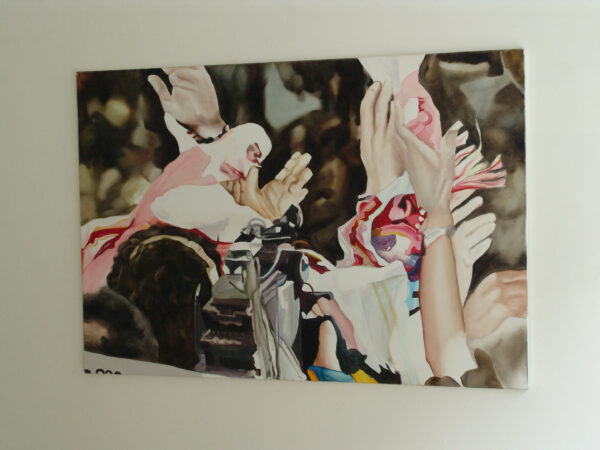 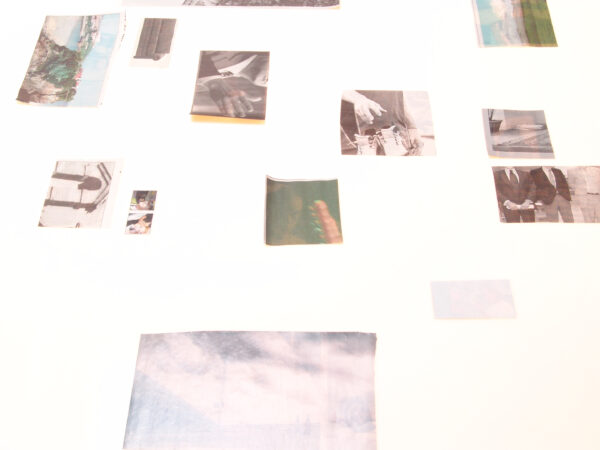 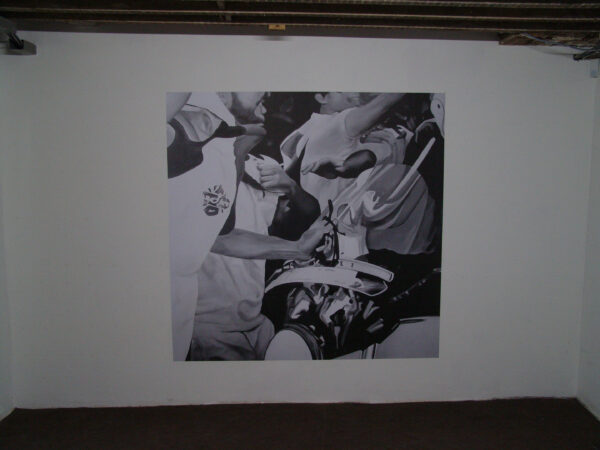 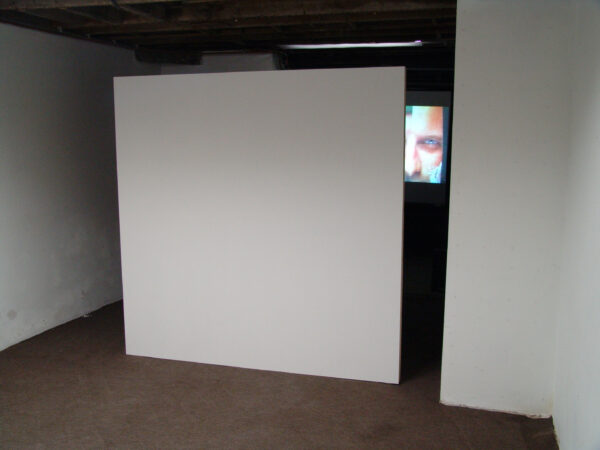 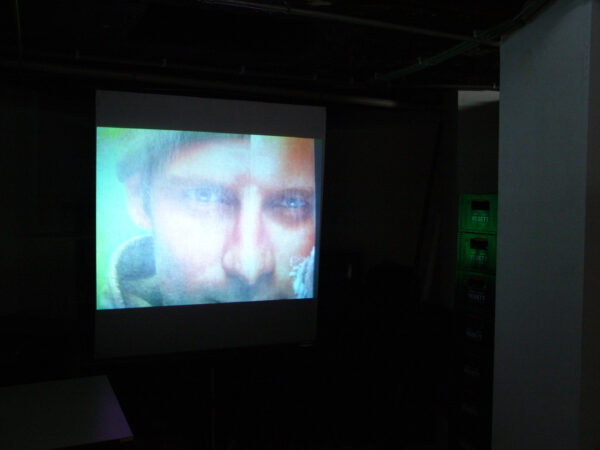