-Does the machine have a title ?

By default it can have the same title as the exhibition: Onderhandeling. Every negotiation is like a game in which the players and their combinations are random; there’s always something no one understands but everybody likes, something that attracts. Inside its brain, the machine has a low-tech analogue calculator that uses a principle of combinatory arrangements. These allow every motor to function at least one time, with or without repetition, and in synchronization with another. That’s what the calculator does. It’s made of carton and copper; I’ve placed the contacts and it has proven to work.

On the platform there is something like a game of golf. We will launch little balls to symbolically represent the countries of the G20, to which we’ve added Congo and Belgium since those two nations have brought us together at this moment. If I decided upon a Dutch title, it’s because (as Congolese) I have a history with Dutch language. My mother had a Dutch-speaking boss, but she never could read or understand Dutch. Dutch was an ‘interior’ language, made to deal with affaires in secrecy.  Nobody seems to be able to speak Dutch in Congo, though we’ve been in contact with that language for some time. There are a lot of theories and answers which try to explain this in both political and economic dimensions, but it still remains a big mystery, while, in the meantime offers inspiration and ideas. For example, the idea to start a lecture & reading centre in Congo where we could host different languages. There’s no structure yet, but we would start with a coffee machine at the heart of it, around which things could then take off. The coffee machine as a start, and the name of the centre could be in Dutch. Not an art-centre, but more like a space for reflection, discussion, and contemplation.

– The Afro-lamps seem to have a contemplative dimension; presumably in compensation for their useless quality; the inefficiency of the energy-saving bulb in a country with no stable network.

Yes, that’s where we make the link with Onderhandeling. Whereas Congo provides a whole lot of primary materials – electricity and hardware worldwide, the nation itself doesn’t function properly. What I often say to university people is that all reasoning should be academic, even for the kids. When kids are playing, they postulate. The first mistake of Congo’s energy deficit lies with the Congolese not properly targeting the basic questions.

– The concern with hardware and its precarious state implies the absence of software, and therefor a precarious access to information.

Yes, that’s in order to talk about the scandal of the deficit. Now, to talk about the lamps. I draw these lamps in black and they are very material, directed towards the interior, the intestinal. In absence of any external light, they offer an internal reflection

– And should we leave the workshop like this ? It’s also very intestinal.

Yes, it can stay like this, it’s a flow. Continuity and a question of raw material. We can find the same references in the Afro-lamps. Each lamp offers immersion, each lamp is specific while offering its own proper reflection. Like the 3000 propositions of light by our friend Edison: only two of these propositions may have proved valid, but at least all the other failed propositions have entered the archive. This archive is what Congo needs.

The Afro lamps we are showing here have travelled to four different locations, and in every city I found elections: Dakar, Congo, the presidential, and now here in Brussels. That particular context has reinforced the theme of negotiation, because it took at least five to six months to have a prime minister in Congo.

– In Belgium, only one week after the elections, we already have people proposing to install new elections. Already assuming there’s no way out of the coming negotiations.

That’s properly putting it in doubt. 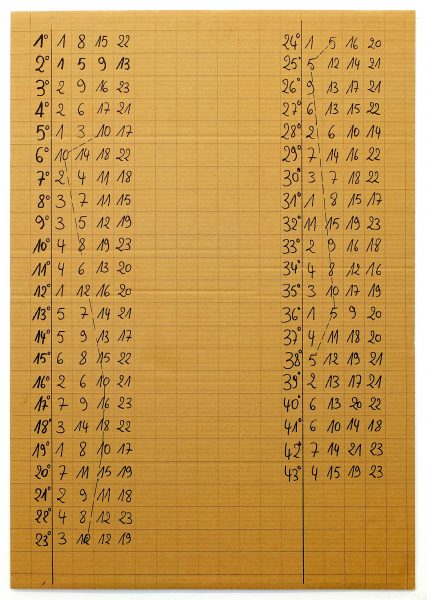 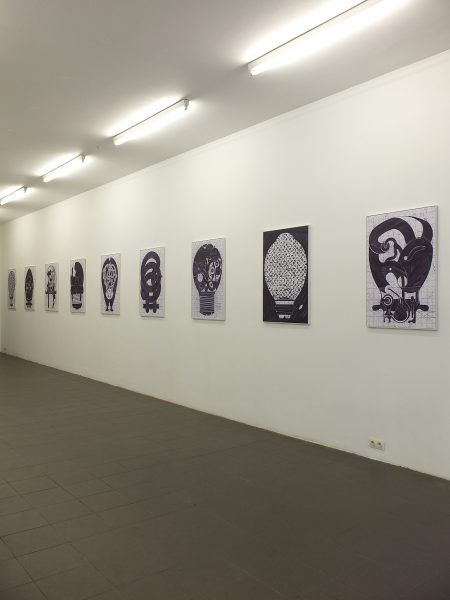 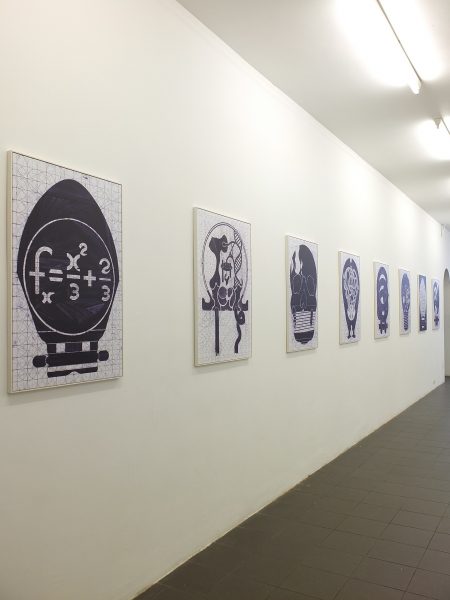 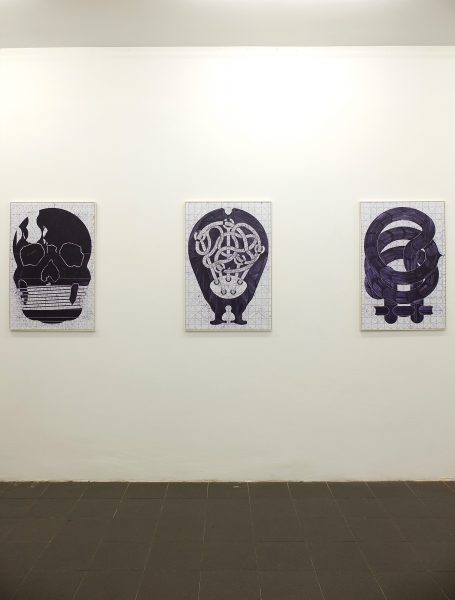 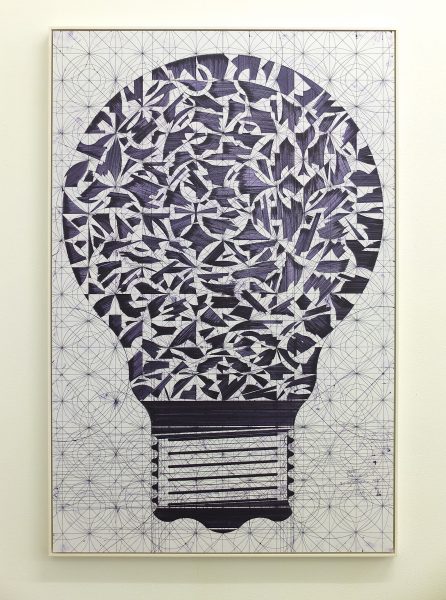 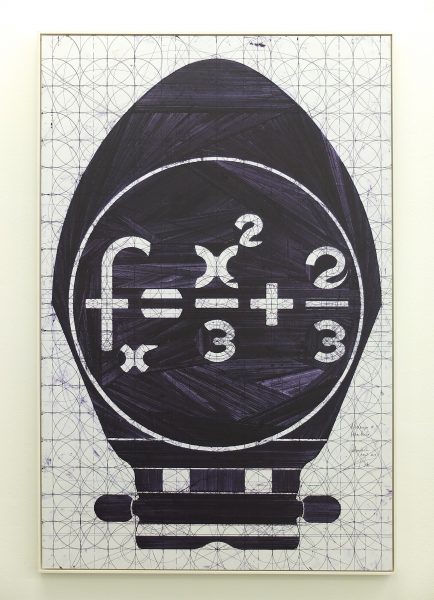 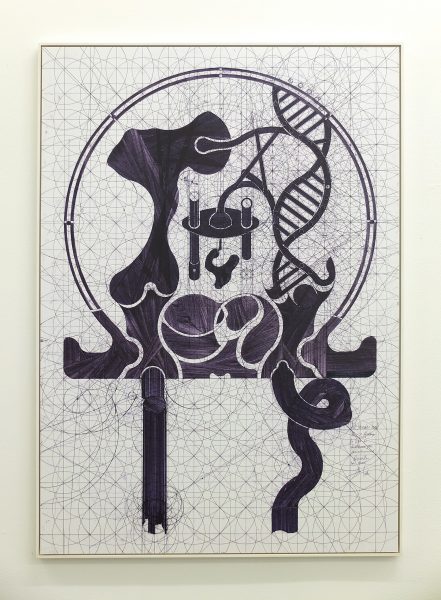 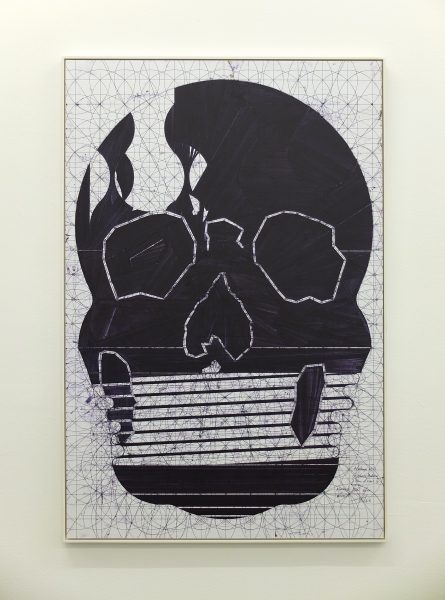 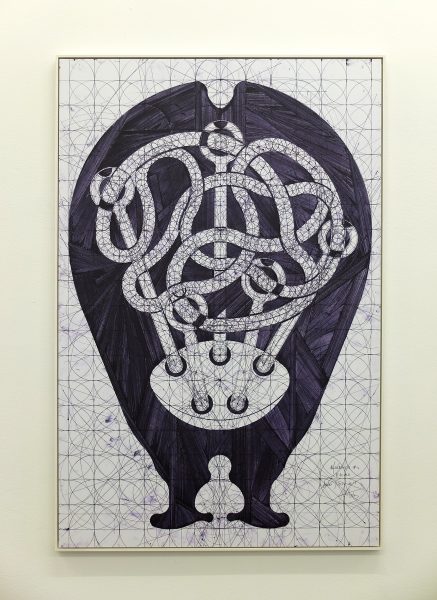 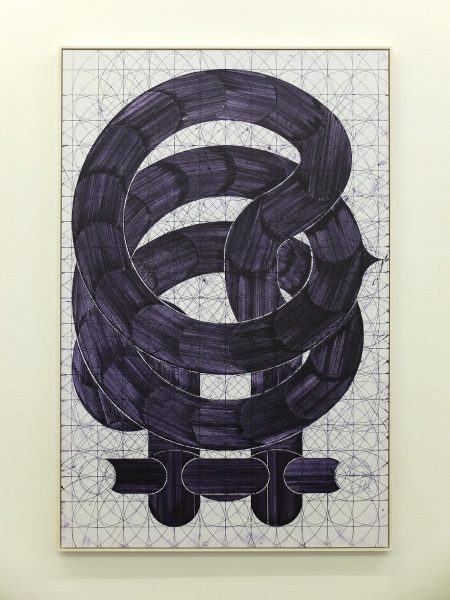 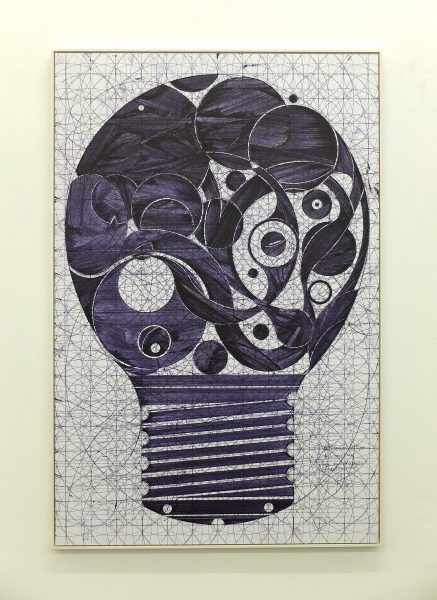 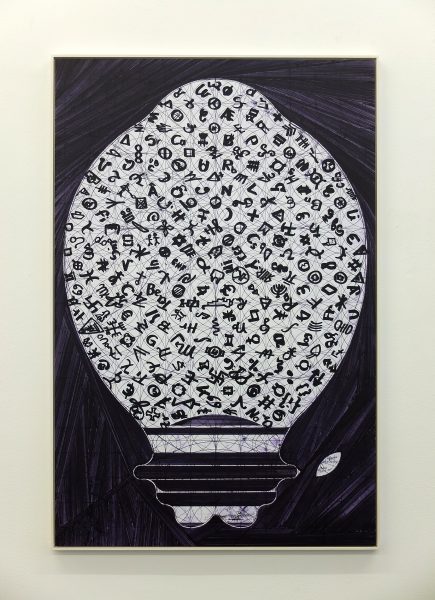 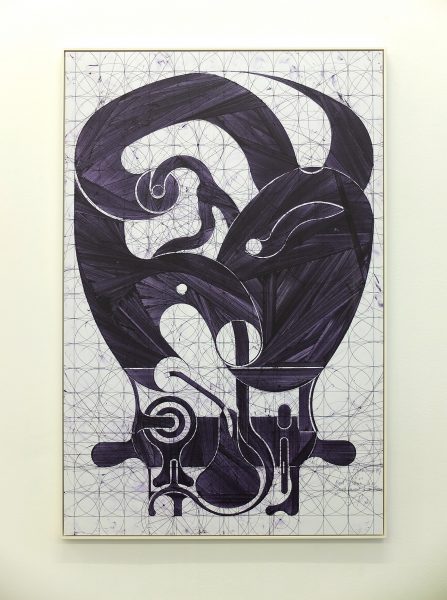 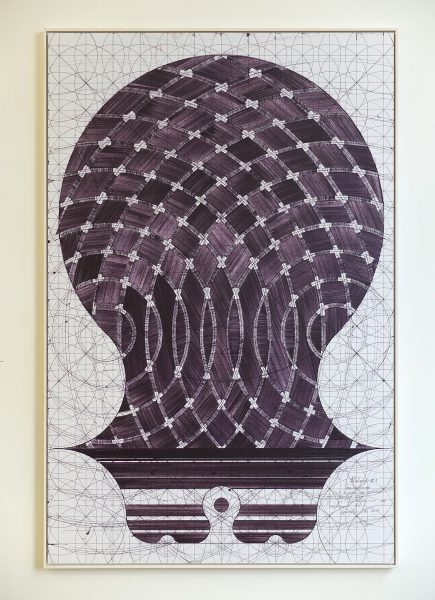 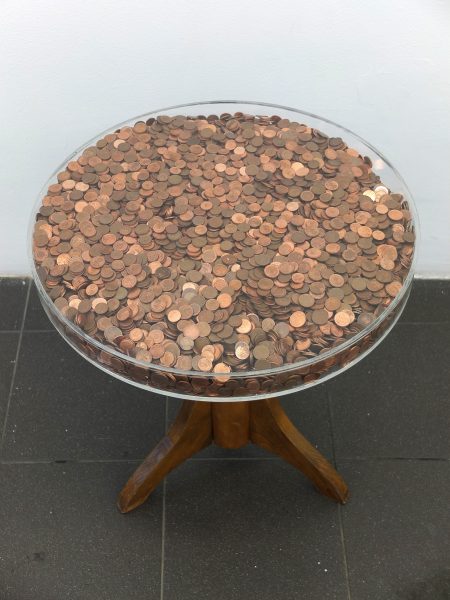 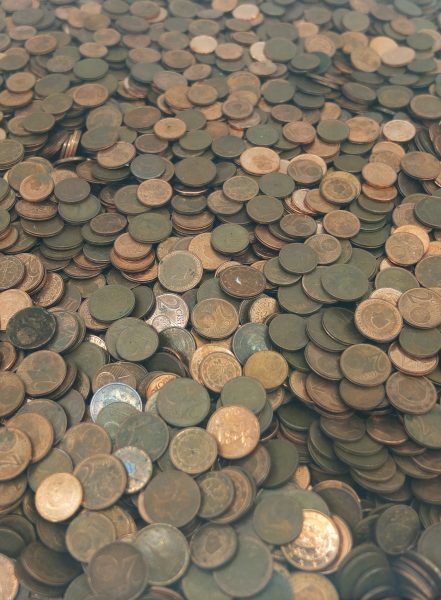 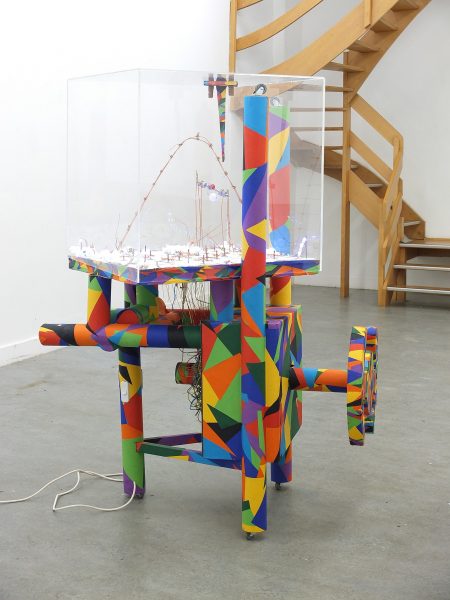 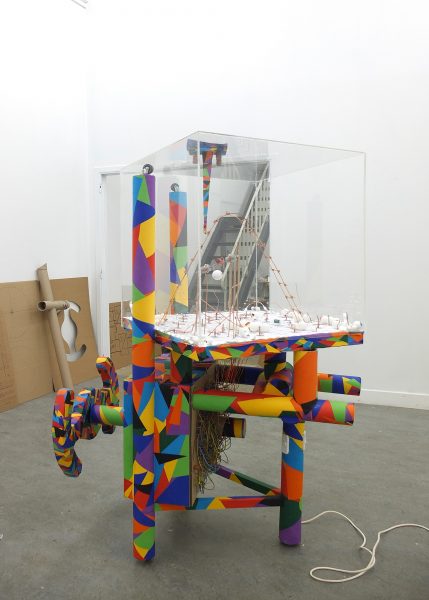 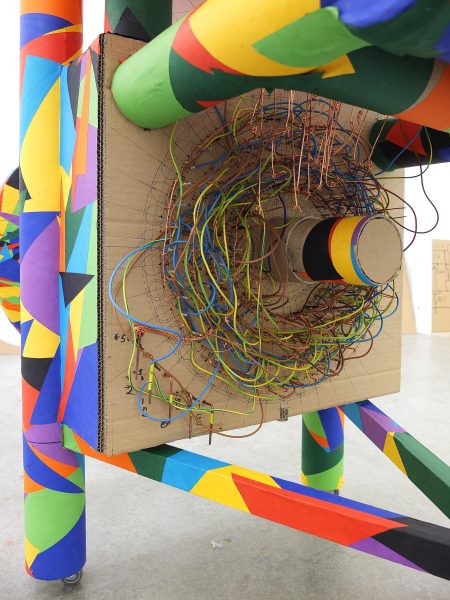 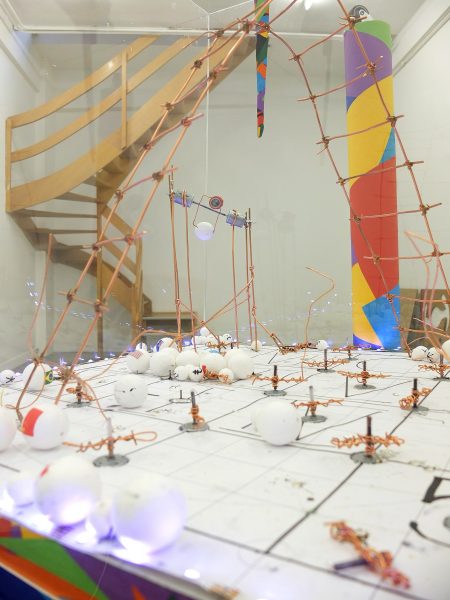 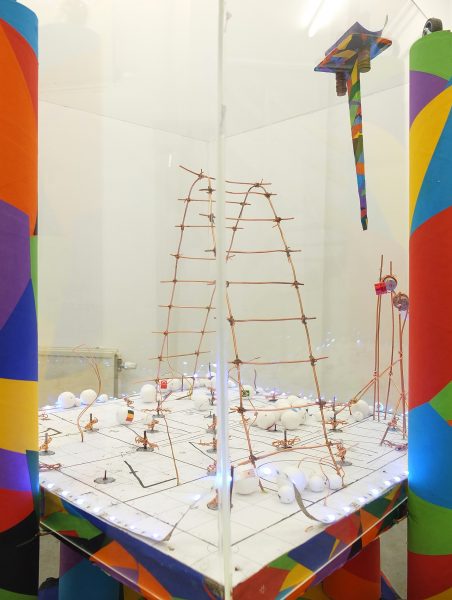 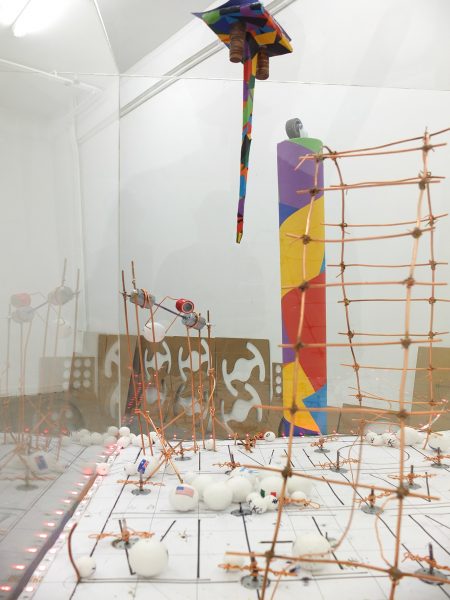 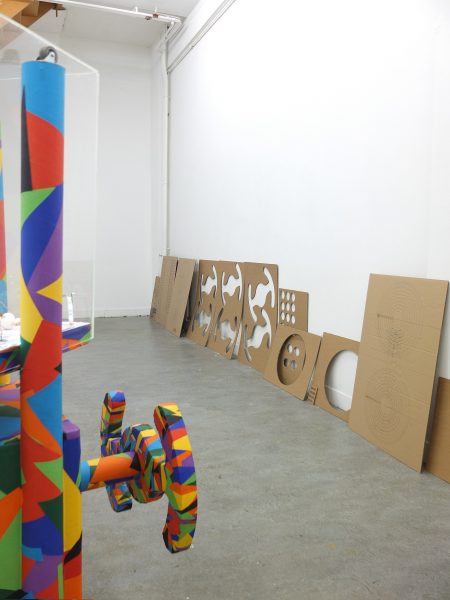 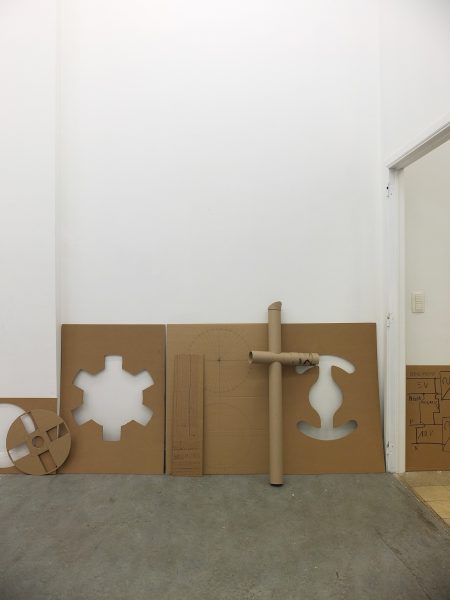 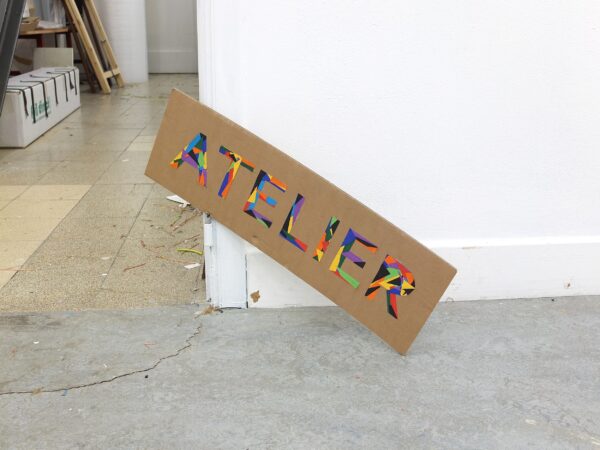 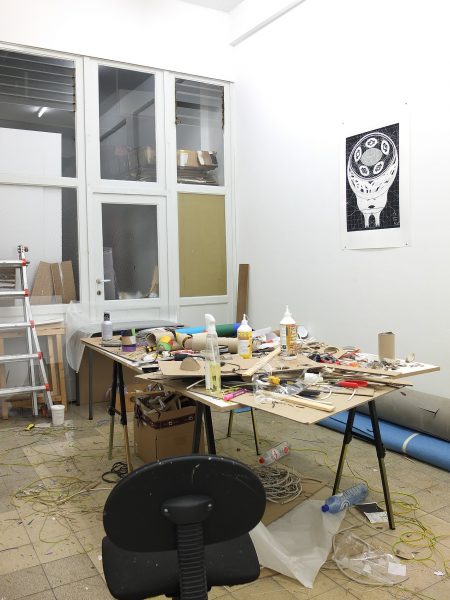 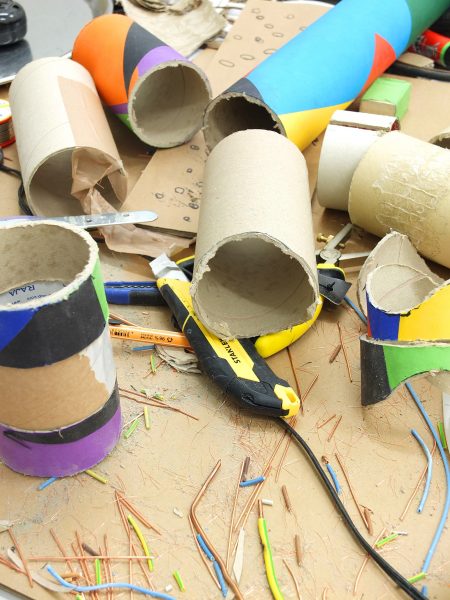