Olivier Foulon (°1976) graduated from the ERG (Brussels), and after a period at the Jan Van Eyck Academy (Maastricht), he was invited by Etablissement for a presentation on the ground floors. Foulon used his first solo exhibition to present a work in two parts, unfolding before and after the New Year.
In the first part he displayed an “accrochage” of a dozen “drawings”, enlarged manual copied reproductions of 19th century caricatures of the Paris salons (with works of Manet, Courbet, etc.) and enlarged reproductions of his own sketches of avant-guarde art and exhibitions (with works by Bruce Nauman, Carl Andre, Dan Flavin, Piero Manzoni, Donald Judd, Marcel Broodthaers, etc…). The street window was illustrated with an enlarged detail of the comic strip “Les Pieds Nickelés” dating from the early 20th century.

This presentation was both a reception of art throughout time, a questioning of the status and the necessity of original versions versus reproductions of art works as well as a quick museum-like experiment as to the possibilities to combine art works in between the accrochages.
The second part limited itself to a short presentation where the recycled artistic ideas were repositioned into forming a completely different and more sober constellation.
Subject to a sober presentation upon the floor of colour copies depicting the various book covers (by Thomas Bernhardt, Robert Walser, Marguerite Duras, Aby Warburg…), a picture story about presenting the human figure and finally a sizeable offer to book reproductions of Watteau’s 18th century painting “Signboard of Gersaint”, a showing of the shop place of the art dealer with the same name.
This exhibition resulted in an invitation for a solo exhibition in the art space Marres, in Maastricht in February and March 2004. Foulon realised the synthesis of both parts in one exhibition. 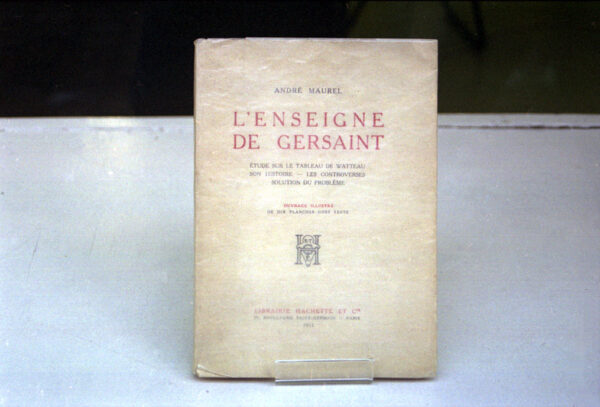 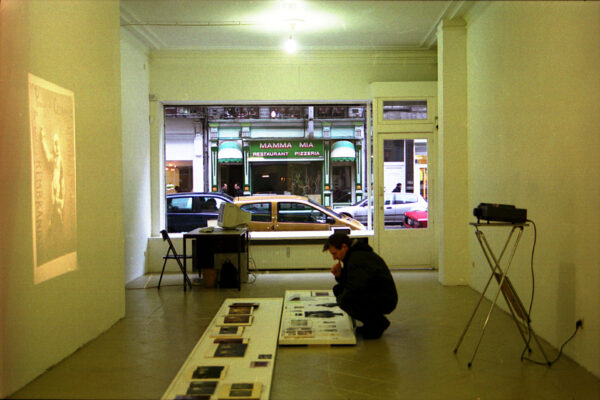 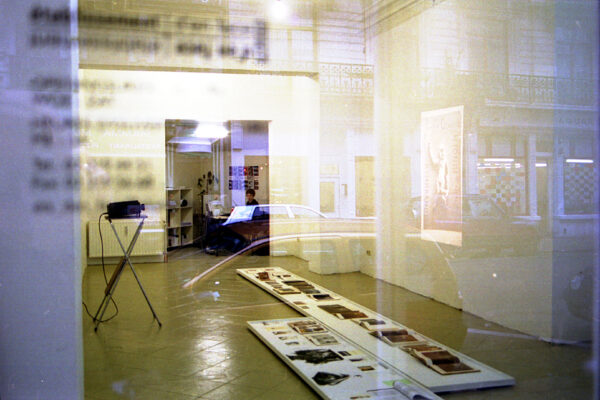 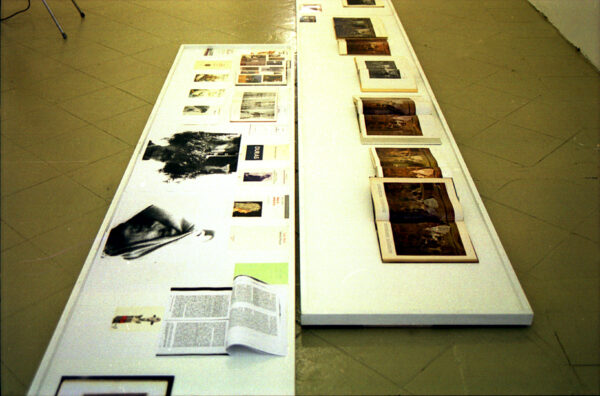 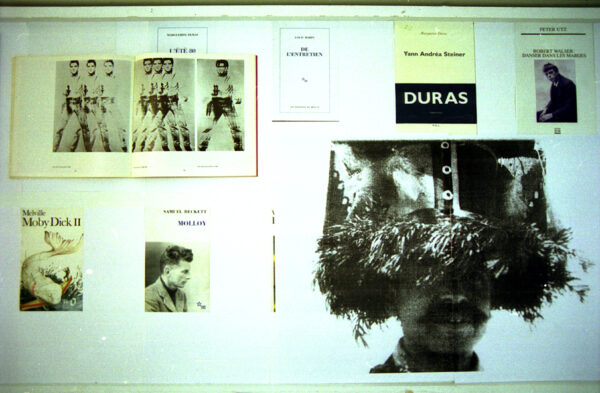 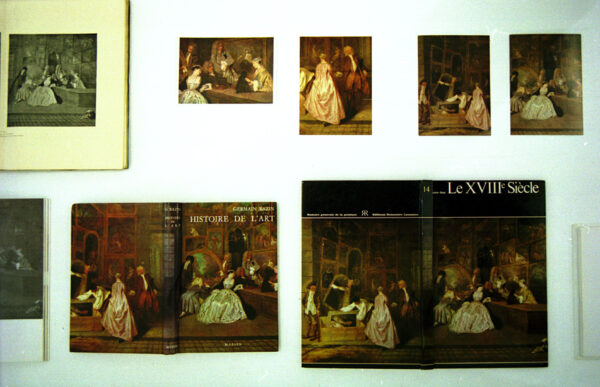 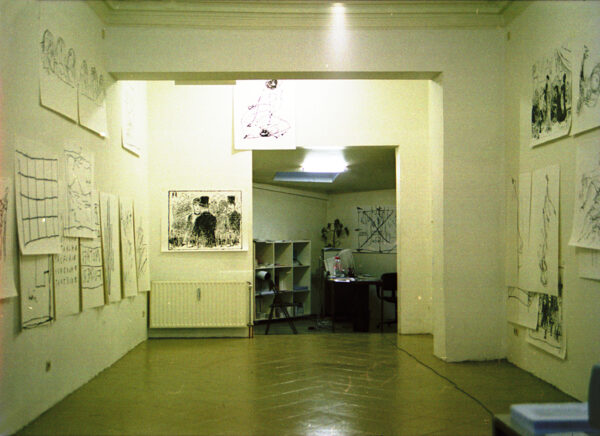 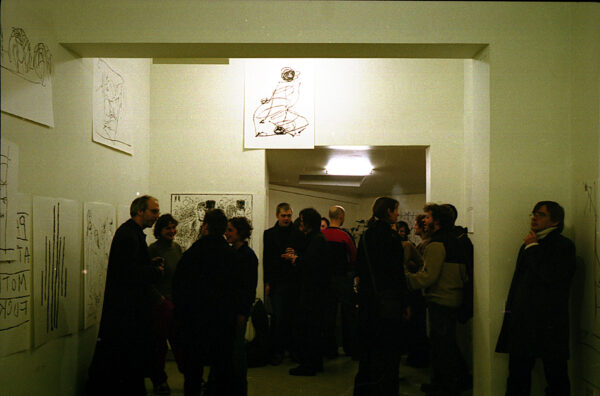 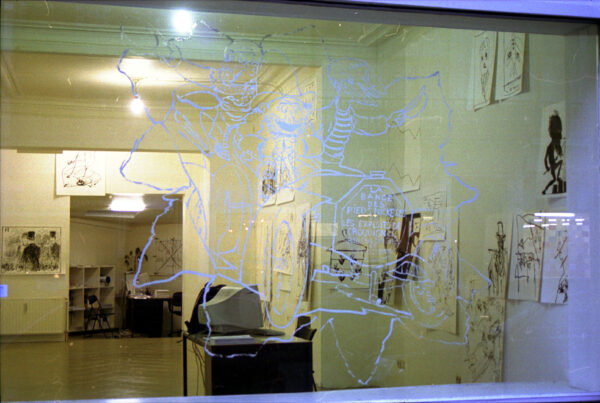 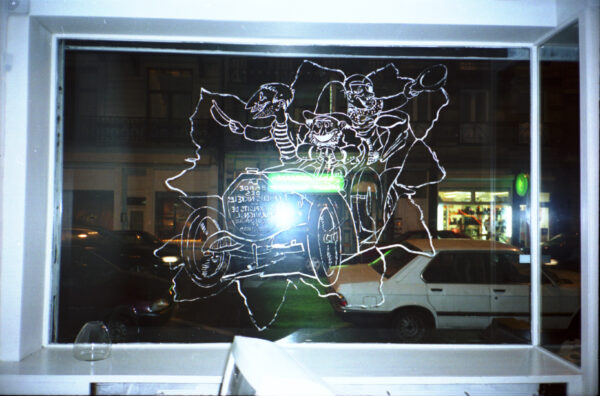