In February 2004 Nasrin Tabatabai in collaboration with Babak Afrassiabi, presented “News from Tehran 1” in Witte de With in Rotterdam. Afterwards, in collaboration with the KunstenFESTIVALdesArts, Etablissement presented the continuation of the project, “News from Tehran 2″, which was realised in conjunction with the second edition of the accompanying magazine, “Pages” and the development of a performance by the Iranian ARTA Group. The red line through the different phases of the project was to be seen in the diversified picture of the contemporary artic and cultural production of Iran. In order to achieve this in a manner free from one-sidedness and local subjectivity, the work’s content concerns large in part, the coming together of the various Iranian artists through the artistic leadership of Nasrin Tabatabai.

“News from Tehran 2” presented video works from diverse artists together with performances by the ARTA Group. A reading by Cathérine David, director of Witte de With in Rotterdam, situated cultural productions in the urban context of the Middle East, such as Beirut, Cairo and Teheran.

Bahman Kiarostami
I Saw Shoosh, 8 minutes. video
I Saw Shoosh is compiled of a series of still images of the historical city, Shoosh. It starts by cynicaly portraying the city from the remains of its glorious past, now no more than ruins of architectural grandioso, then into a present of exhausted symbolism of contemporary ideological representations as improvised architectural elements.

Bahman Kiarostami
Infidels, Iran, 2004, video, 40 min. Butimar Production
Infidels is a documentary about the lifestyle and beliefs of a group of Gypsies in North of Iran, immigrated once from India into the country. The film portrays the confrontation of their daily life with their adaptation of Islamic laws after the revolution in Iran.

Javad Emami
A Gloomy Maternal Iran, 2002 / Video, 14′
Together with the director’s camera we encounter a deserted old sick woman in the streets of Tehran. As we follow Javad Emami’s pursue in getting help to save the woman, we are brought a little closer to a world of socio-political uncertainty, arrest and control, but only half-revealed due the missing of some sequences, either because of the draining of the battery of his video-camera or the confiscation of some of the videotapes…

Kambiz Ghavamzadeh
The Wall, Iran, 16mm, 6’34’
The Wall is an abstract film about the writings and the graffiti on the walls of the street of Tehran. Revolutionary and Islamist slogans intertwine with jokes and obscenities.

Pirooz Kalantari
Wandering, video, 2002
Wandering in the streets of Tehran during the elections of president Khatami. The camera pans over the dreams and hopes of a nation -those of the youth- for change, in a single taxi ride through Tehran.

Maani Petgar
An eclipse, which dropped from the sky, video, 2000 / Video, 22′
“In Aug. 10, 1999 the last eclipse of the century took place and about 2 billion people in the world viewed it through the TV. I understood that Iranian TV is going to have a simultaneous report from five major eclipse locations. Overall, I am not crazy about Iranian TV’s style and standards, but this time, just out of curiosity; I sat down voluntarily in front of the TV, to watch the coverage of the event, and at the same time I took my camera just to shoot the reflections of light in my yard. While I was switching between the TV and the yard, I noticed that…”
(Excerpts from the film’s voiceover)

Maani Petgar
Film Lovers: Unexposed Iran, 2002 / Video, 50′
A documentary about Tahmineh Milani -the prominent woman director- and the making of her film “Two Women”. The film retraces the issues in Milani’s film, namely that of the role and place of women in today’s Iranian society. It uses some scenes from the original film and as such juxtaposes the techniques of acting and film making with the reality of events and characters. Film Lovers: Unexposed parallels the off screen space of “Two Women” with those in the real world, the society in Iran… acting is put parallel to the reality of roles. The film represents different realities, either as fiction, the construction of fiction and thus far the unspoken issues…

The title of Catherine David’s lecture will be “Living there” and she will introduce works developped in 3 cities from the Middle East – Cairo, Beirut, Tehran – trying to identify the specific conditions of cultural production and how the authors are answering to it, developping specific attitudes or strategies, and opening critical platforms.

In its second venue, the project focuses on the performativity in the city of Tehran. Ever since the beginning of the revolution, the city has been engaged in different forms of activities. Political demonstrations, religious and traditional ceremonies and public prayers organized by the government on every Fridays, all mark the public spaces of Tehran time and again with symbolic codes, images and gestures. On the other hand people learned to adopt this symbolism to win back their presence in the public spaces in other forms than those imposed and performed by the authorities. Rituals such as Ashoura mourning (special days in Shiite Moslem societies) came to coexist with
celebration of Charshanbe-Soury (celebrating the last Tuesday of the year in the streets, a ritual rooted in the Zoroastrian period) or People’s dancing and feasting in the street during the victories of the national football-team. The public spaces of Tehran became the stage for discordant performances, representing different meanings and thoughts, but as well remaining the setting for a whole range of other, less specified activities through out its life. The works presented in the second venue take Tehran as a field for their research and experimentations. Regardless of the medium in use, the works reflect on the city’s urban field as a collection of visible/invisible events and activities. Here the artists mark their presence in the city by not only being influenced by it but also by reflecting on sociopolitical textures of the events structuring the daily life of the city and affecting its inhabitants. In other words, by questioning the identity of the city in change, caught between tradition and modernity, the artists question their own presence in this complex tapestry of relations and meanings.

The second venue of the project at Establishment d’en face projects- from 7th till 12th May 2004, contains presentations in the space, as well as different performances by the Arta group, video programs -selection of short films, and documentaries – as well as the presentation of the second issue of the periodical “Pages”.

ABOUT ARTA GROUP
Arta group is a newly established artist group based in Iran. Although their work originates in theater performances, but due to their interdisciplinary method of working,it involves activities within the other mediums as well. In their recent project they take up the city of Tehran as their source of experience and research. They describe their process of working as registrations of the city’s behaviours, entering the actual conditions of these behaviours, seeking their roles in them and recreate their findings in their plays. 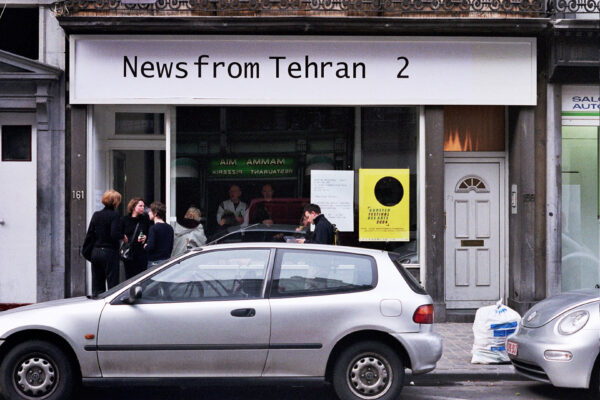 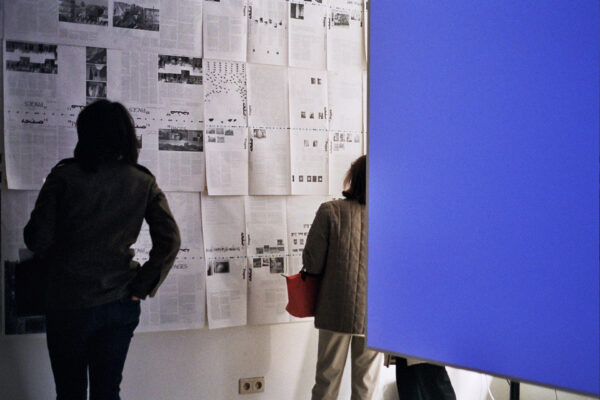 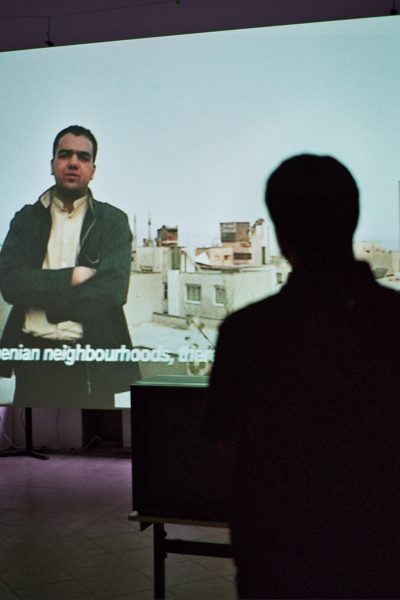 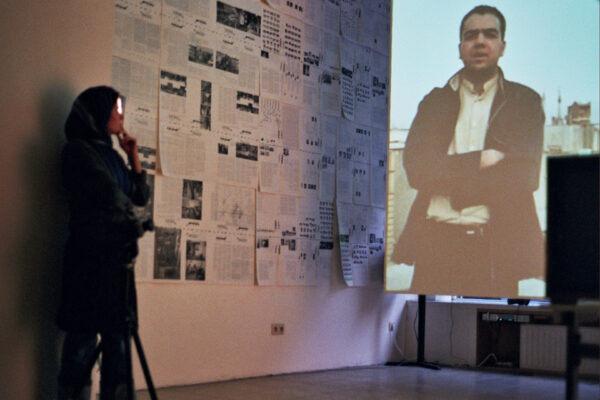 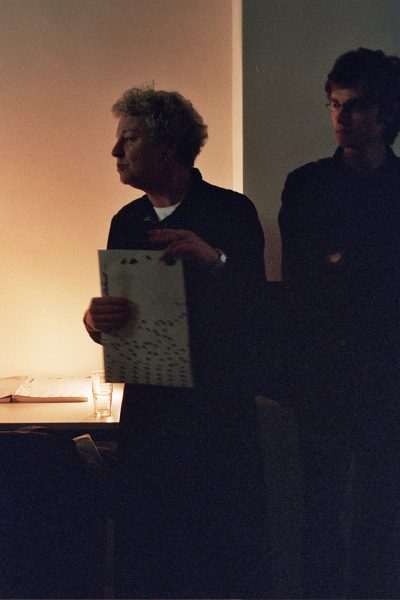 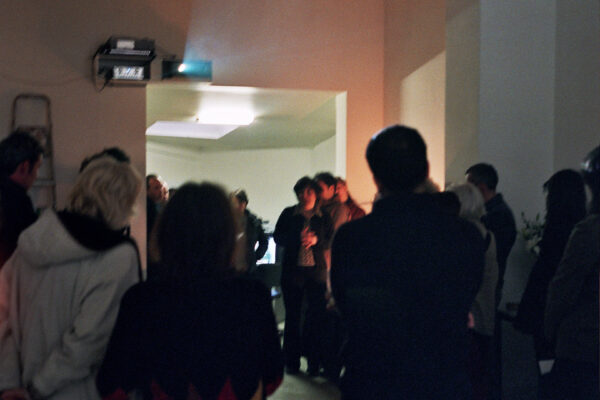 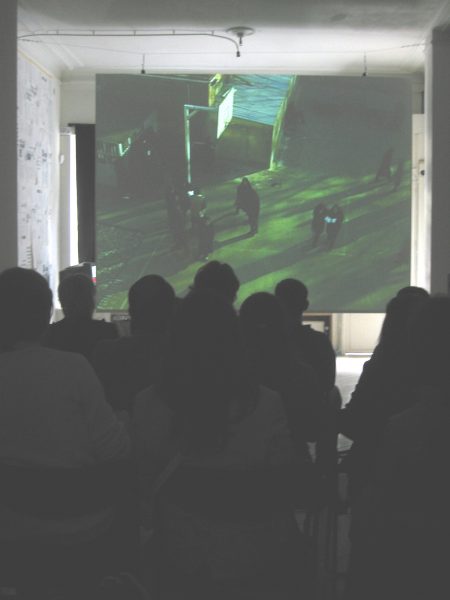 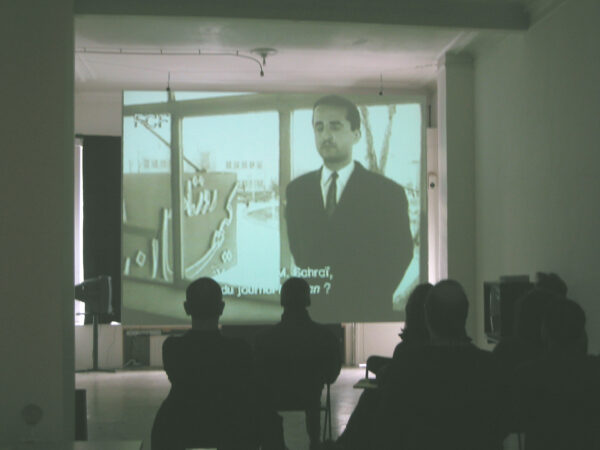 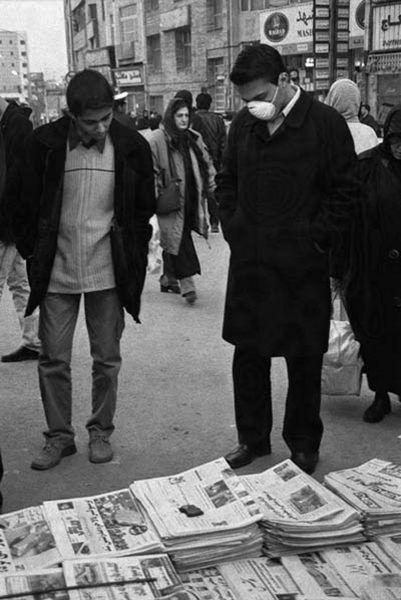 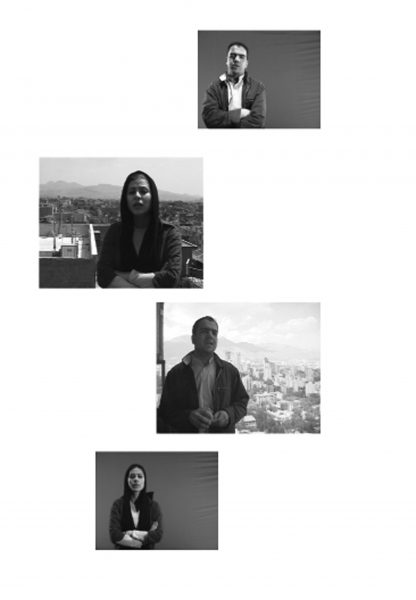