Following the completion of his studies in 3D-multimedia, Diederik Peeters, distinguished himself upon the stage alongside artist Hans Bryssinck. Together they concentrated mainly on performances, which sought out new forms of theatrical expression. Their searches resulted in a few investigative projects with showings in (among others) Recyclart (Brussels), W139 (Amsterdam) and in Storage & Display (Mexico City). Next to these collaboration projects Peeters decided to concentrate his personal energies on his development as a visual artist. His first solo exhibition was realised in Etablissement with an accompanying publication. The idea for his exhibition was to catapult his private living and work space, into a concentrated form within the Etablissement basement, 770 metres further away from the original.

This action illustrates his fascination to employ physics and technically impossible acts of nature. Beginning with the blue prints of both spaces, the artist realised an installation consisting of a computer and a few printers. During the entire exhibition period innumerable actual size blue prints of his living space were printed on pieces of A-4 paper, which was also used to make a limited edition publication. Furthermore, figuring into this installation is a shaky desk and a complete series of books with which the spines of the books were turned inside-out. According to him, this was a physical translation of the irregularities, which occur unpredictably during cloning. The final component of the installation was a showing of a video. In this video Peeters carried out a series of mysterious investigations in his living room in which he wears a mask of his own visage. In total this installation was a questioning of possibilities of the placement and replacement of copies of reality. 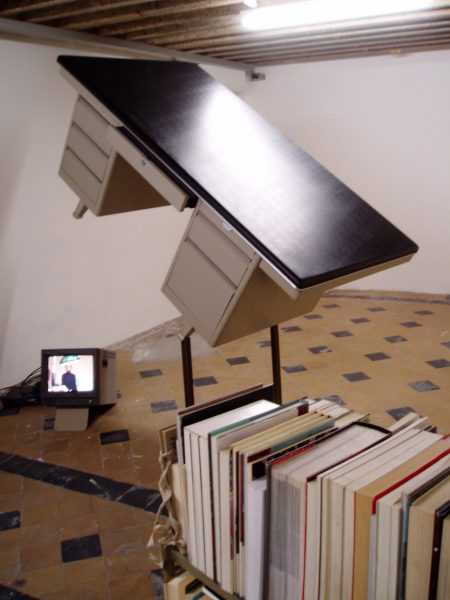 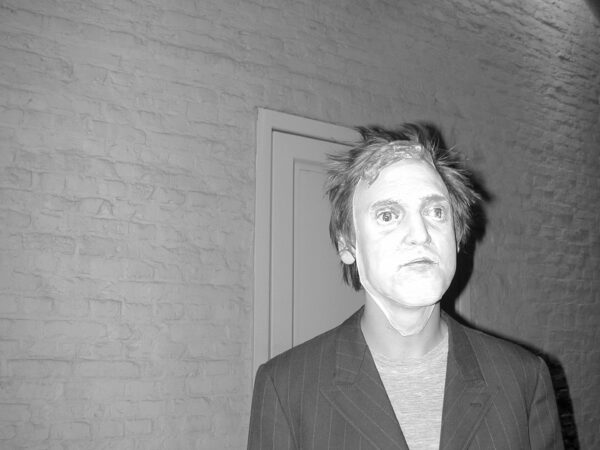 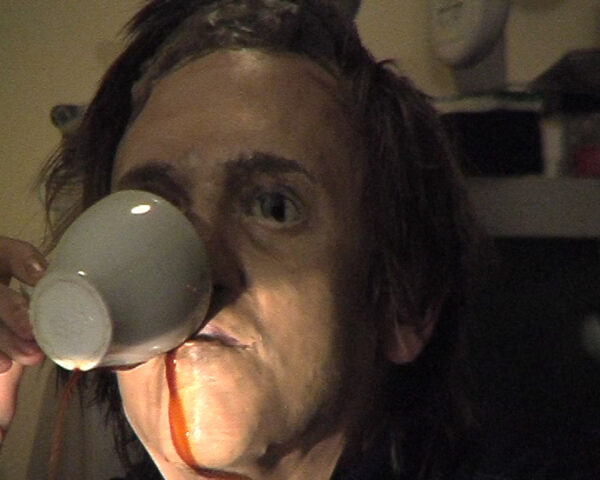 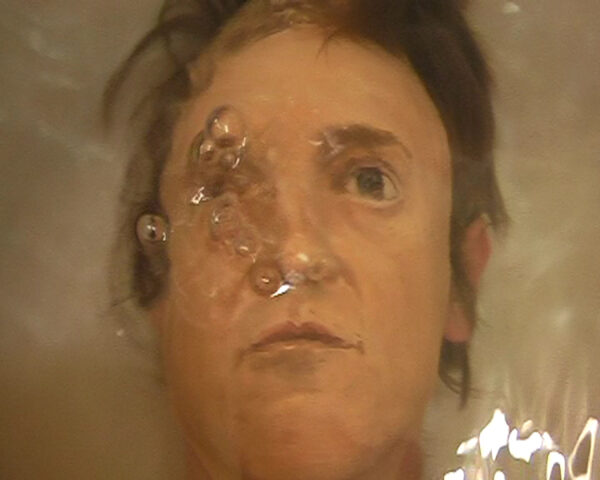