“A new telefilm by Ruud Verlaert and Stepan Novak”

Paul and Frank, investigators of the impossible, are once more confronted with a series of strange riddles and uncertain questionings: – Why was Erik so viciously executed? – What is the young swedish girl’s game? – Who is the mysterious Vaslav? Will our two sleuths ever manage to fulfill their mission?

In their neverending series of telefilms Verlaert and Novak mess around with the narrative and formal clichés of the soap format of television and cinema and they provide their characters with swollen, hollow dialogues and a stiff, stoical attitude. In all their theatrical minimalism they are a parody of the platitudes of tragedy and romanticism. In “Het onmogelijke onderzoek” the commonplaces of the crime genre are configured into a nonsensical plot, sliding by, nevertheless, into a recognizable and trivial sequence of lengthy shots and sequences.

Ruud Verlaert
Stepan Novak
Ruud Verlaert (°1973) and Stepan Novak (°1972) (alter egos of Loic Vanderstichelen and Simon Backès) both ended up in Brussels after all kinds of rambles. Their video work is presented as ‘téléfilm’ and in a playful and relativizing way it treats with the narrative conventions of the world of film en television. 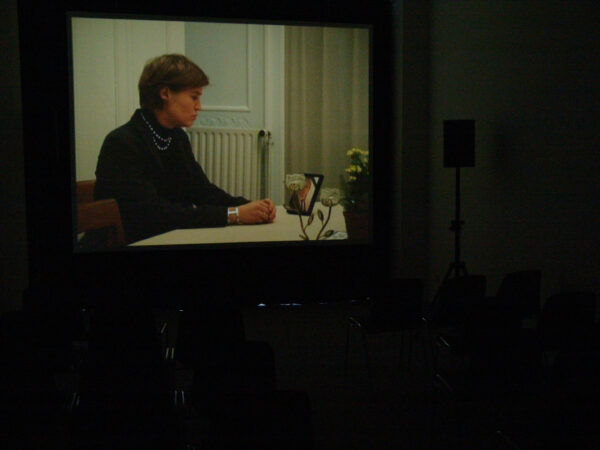 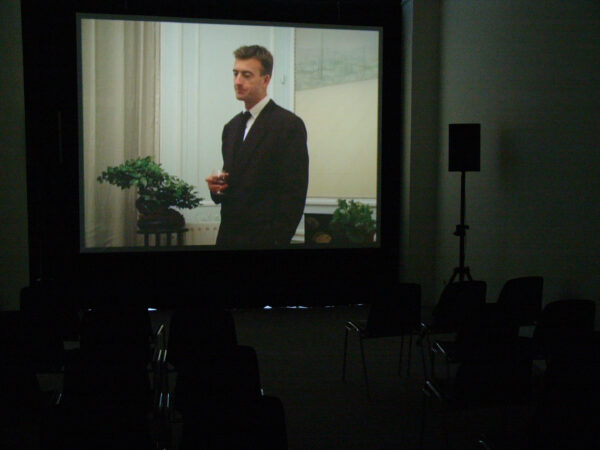 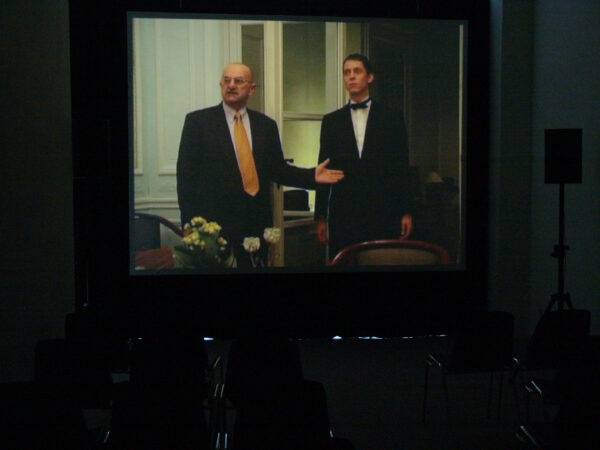 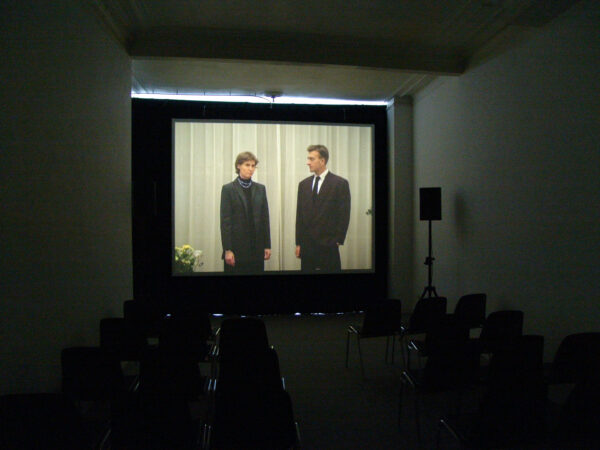 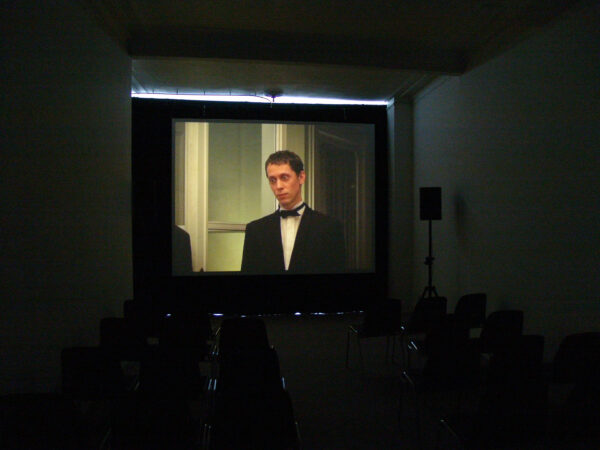