Leen Voet (b. 1971; Herenthals, Belgium) has made her work territory the slide projection. She chooses for the authenticity of the assembled slides; the mechanics of the transportation process involved in the slide changes and the magic of the light source that carries an image. The montages are directly experienced through an accurately timed programme. Leen Voet has already had other solo exhibitions: at the Living Art Museum in Reykjavik, Iceland and at the Villa Arson in Nice, France. In 2003 she won the Langui prize for Young Belgian painting. Her new work can be seen in The Observatory at Maison Grégoire in Brussels at the end of 2006.

In Etablissement d’en Face Leen Voet exhibits a two-part piece: PHANASMAGORIA. This comprises of a slide projection (148 slides, 4 projectors) and a small installation in which a monitor is mounted onto a piece of furniture that has been especially made for this presentation. The animation that is shown on the monitor makes use of the same images as those in the slide projection. The basis of both works is the rapid consecutive sequence of pictures of a high-spraying geyser in Iceland. Tourists, one of whom is Leen -photo apparatus at the ready – surround the geyser; awaiting the spectacle that nature has to offer us.

The title, PHANTASMAGORIA, refers in the first instance to the 18th Century séances in which a magic lantern was used to produce optical illusions. By means of a shadow and light game played-out in a darkened theatre, phantoms, scary images, and other supernatural phenomena were brought to life. One can see this magic lantern as a precursor to the slide projector. In the context of this exhibition the physical and technical presence of the projectors also has structural value. The agitated rhythm of the machine lends a compulsive character to the appearance of the spouting geyser. The geyser then delivers the ‘cum-shot’, evidence that it was ‘real’.

Tourists travel to Iceland and its geysers to take photos. It is, in fact, photos of the geysers that have enticed people into coming to Iceland. This vicious reproduction leads to a co-modification of the geyser; the geyser has become a fetish, its appearance a phantom. It is this situation from which the slide presentation is the mechanical reconstruction, that gives the whole its phantasmagorical character.

The artificial and illusory are even more emphatically revealed in the second part of PHANTASMAGORIA. This work is an animation that, for the most part, consists of a sequence of the same imagery as used in the slide projection. The rhythm of the animation is slower and simpler. Its compelling nature is further emphasized by the piece of furniture that has been especially made for the purpose and bids us to sit at very close proximity to the screen. One finds one’s nose nearly pushed up against it.

In this second part of PHANTASMAGORIA the landscape is left out. What remains are the tourists and the geyser, roughly cut-out and placed against a black background. The omission of the context brings the audience and the geyser on the same level. This makes for a pornographic reading of the slide projection in the second part. The geyser is separated from the land and its environment, like an autonomous organ without a body. The tourists wander around like satellites. The black backdrop creates a vacuum that is penetrated by the spouting geyser, with the tourists as onlookers. 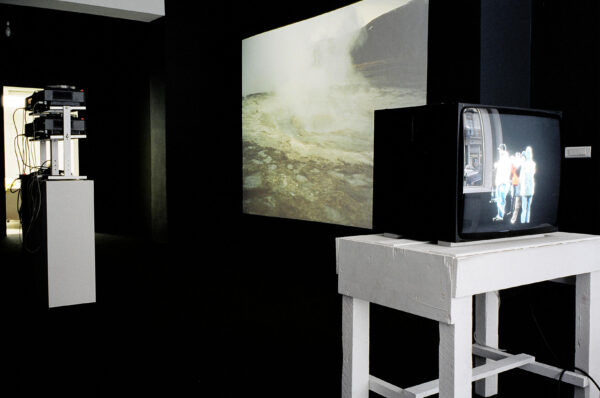 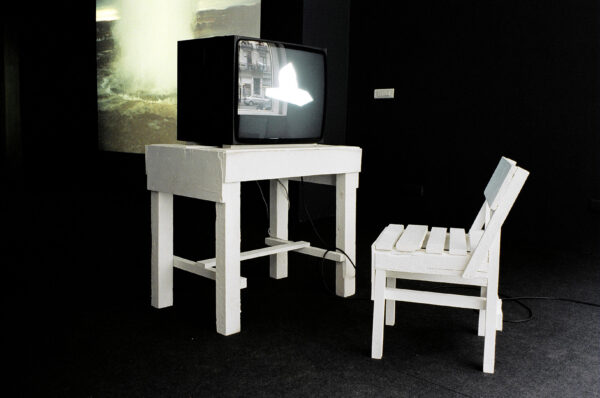 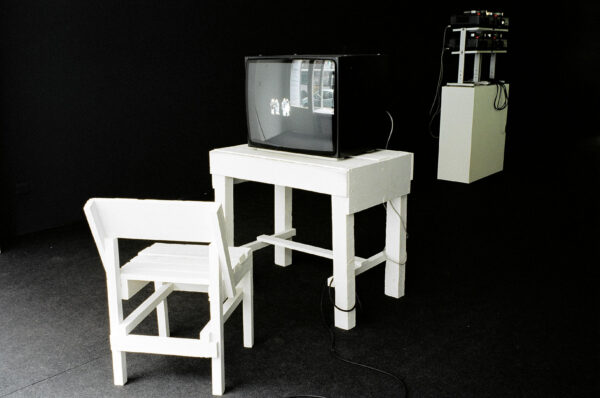 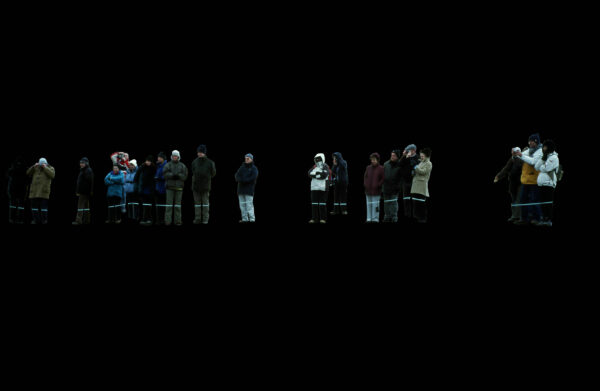 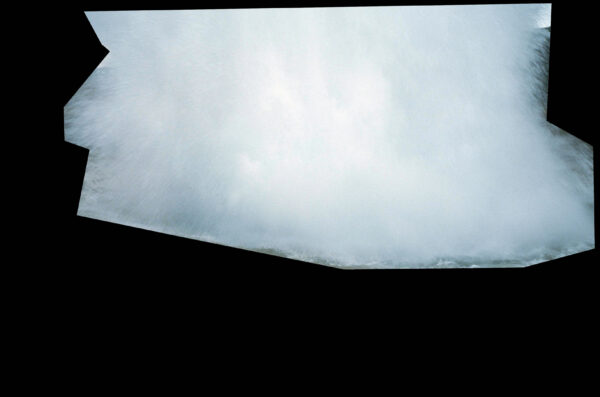 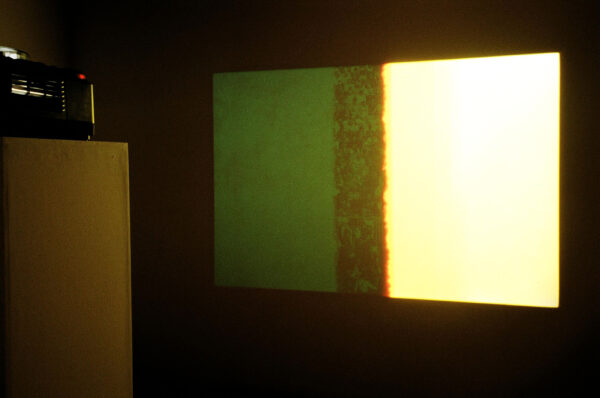 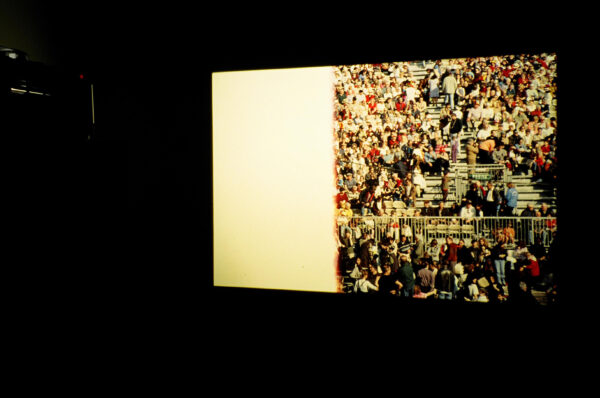 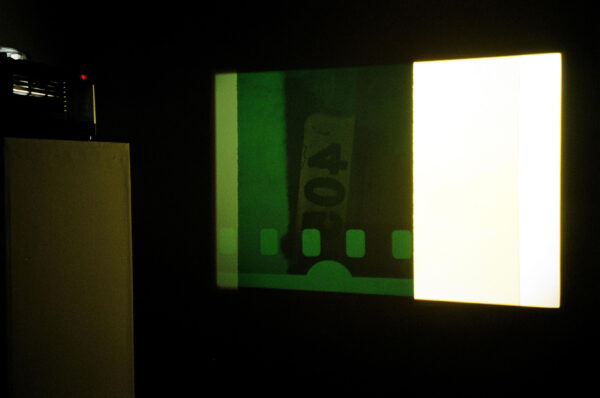