“Le troisième paradis” (The third heaven), a documentary film by Frédéric Jacquemin, Lukas Stallaert and Gert Van Berckelaer. In presence of the artists, followed by a discussion.

“Le troisème paradis” shows a selective trip through Europe in the course of which many art centres as Barcelona, Biella, Liepaja, Ljubljana, Paris, Rotterdam, Vienna and Zagreb where consulted. By means of talks with well-known and less well-known curators, artists, activists and theoreticians, the film makers feel out the present policy on art. This results in a searching, self-willed acquaintance with a landscape that evolved a lot during the last decade. The art-policy is affected by strong changes regarding politics, economics, the social and the cultural.

Among others, Carl Biormask, Barbara Borcic, Catherine David, Brian Holmes, Natasa Ilic, Gerald Matt, Hans Ulrich Obrist, Michelangelo Pistoletto, Gerald Raunig, Jérôme Sans and Anna Tilroe tell their observations about these recent evolutions. Main concepts that where reviewed are engagement, artistical participation and radicalization, city marketing and entertainment, democratization of the public and the institutions, proliferation of the art spots and demonstrations, internationalization of the art establishment, competition and diversity.

The makers of the movie collect and comment these different affairs to make inquiries around the spheres of influence by means of their cut. Which recent evolutions, departing from these concepts, oblige us to question the preponderant spheres of influence? How can we give an answer to new questions, supposing that there would be answers anyway. The confrontation of these often various questions and connections leads towards a debate concerning competences, infrastructures, disposition.
For some it might be a too radical criticism against the present event and make order out of the supposed current reality; for others it is an apology of the “radical chic”, which provides too much accommodation for an already existing establishment and fundamentally avoids an inquiry. Whatever the case may be, the movie also questions the reasoning of both points of view. 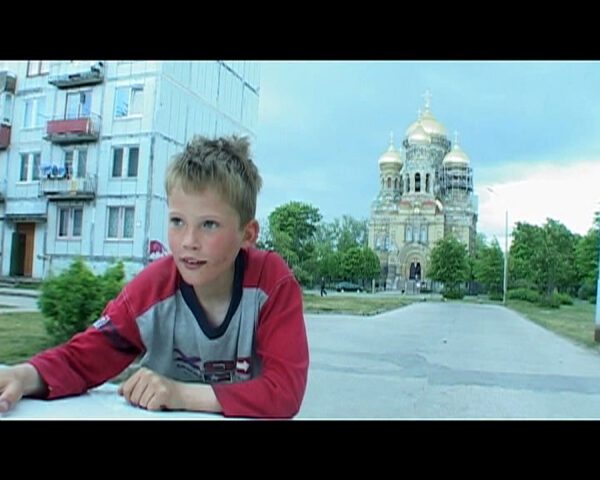