In this 6-hour long TV-production the BRT director, Jef Cornelis, uses the formula of a bicycle racing competition (helicopter, three on-location reporters, commentary from the studio in Brussels…) to cover the opening of the famous Chambres d’amis-exhibition in Gent, in 1986, organised by Jan Hoet, simultaneously with other art events of that time (Initiative 86 in the Sint-Pieters Abbey and Initiative d’amis in the Vooruit). The report from Jef Cornelis occurs during the official opening on June 21, 1986 and is far from a song of praise; interviewing artists, snappy switching of words, randomly recorded commentary, official speeches from politicians, voices from the public, humour and popular amusement switch off with each other.

This critically recorded time document was shown in Etablissement d’en face projects during two days, Saturday and Sunday the 9th and 10th of November from 14.30 until 19.00, with an introduction by cultural sociologist, Pascal Gielen.
This not-to-miss presentation occurred at the same moment as a series of manifestations, during the year 2003 (organised by Cera Foundation), that praised Belgian art. 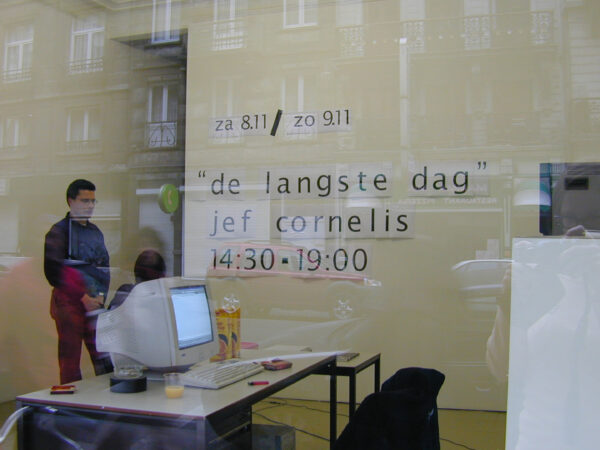 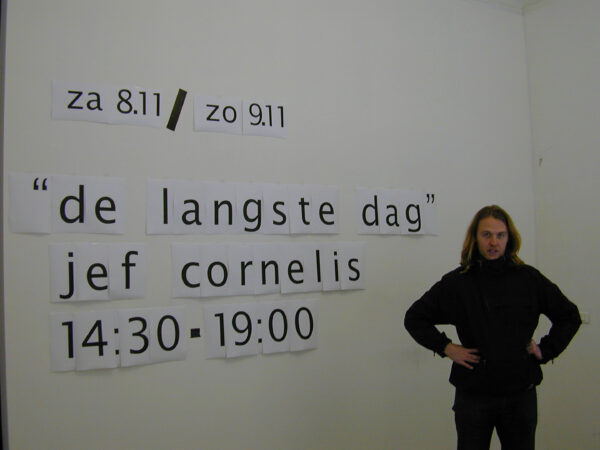 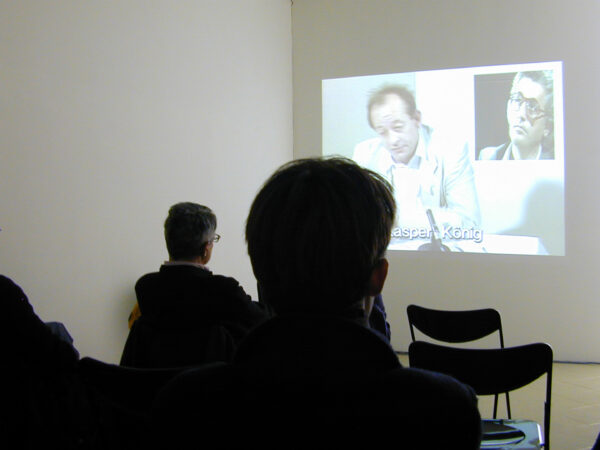 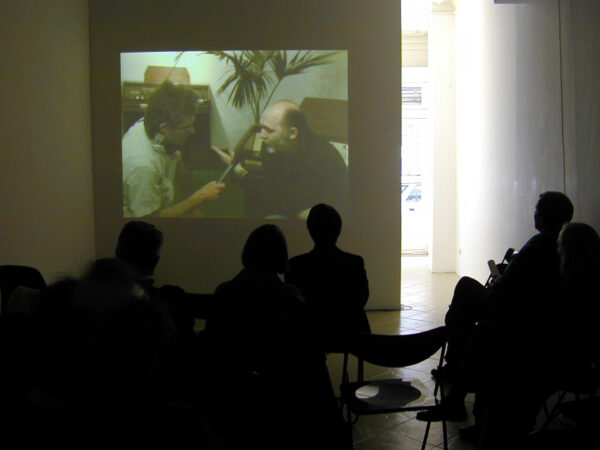