Fascinated by the work of Eugène Atget and Walker Evans, which he discovered through Bernd Becher, Thomas Ruff decided to make photographic studies of the petit-bourgeois surroundings that his generation grew up in. In addition to several views of his own apartment in Dusseldorf, he shot pictures of various interiors familiar to him since his youth during numerous visits with his family in the Black Forest : in his parents’ house, in the apartments of relatives, and in the homes of his schoolmates. Later he extended the series to include interiors similar to those of the Black Forest, which he discovered while visiting friends and acquaintances.

He set himself the task of determining what was characteristic of these rooms. Every photograph was to show details of the room with a maximum of detachment and distance, while also capturing the framing. Thomas Ruff therefor photographed the scenes as he found them: with whatever lighting was on hand and without changing any of the fittings or furnishings.

When most of the apartments, where his friends and relatives lived, were refurbished in keeping with the taste of the early 1980s, he stopped working on the series in 1983. 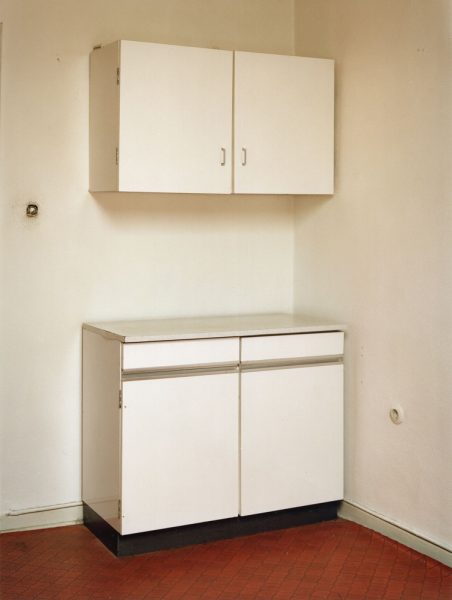