“I make films about the industrialisation of thought” (Farocki)

Harun Farocki was, with a retrospective at Cinema Nova and the presentation at Etablissement d’en Face Projects of his recent installation Augen Machine II (Eye / Machine II), a main guest during the argos festival. Since 1966 he has been making films with strong political connotations. Farocki makes his way through politics, economy and aesthetics, from which his films derive a reflective and critical strength. His films and installations invariably concentrate on a fundamental question, investigated with an unruly but still thorough approach. The ‘image maker’ rarely records reality in an objective way; according to Farocki it is indispensable for the ability to fully decipher and understand images to revert to our ‘knowledge’, or our recollections, of reality. Harun Farocki predominantly works with existing recorded images. Recordings by spy services, amateur registrations with handicams or forgotten educational videos: they all operate as the base materials for his work. Farocki’s body of work provides the spectator with a new, critical perspective on the existing, so-called neutral images.

Farocki approaches his subject with a committed, documentary essay style. He observes the way in which security videos record ‘real’ lives, and mingles these images with archive pieces, he processes and reworks fragments taken from current issues and he records his own films with meticulous precision. Farocki’s double screen projection Augen Machine II (Eye / Machine II), the second part of an intended trilogy, aptly questions the fearsome visual range as it is mapped out by the electronic eye during military strategies. There is specific attention to the various application possibilities of the computer. Farocki’s thesis is that highly technological wars are fought less and less out in the open; rather they are simulated with computers.

In collaboration with the argosfestival. 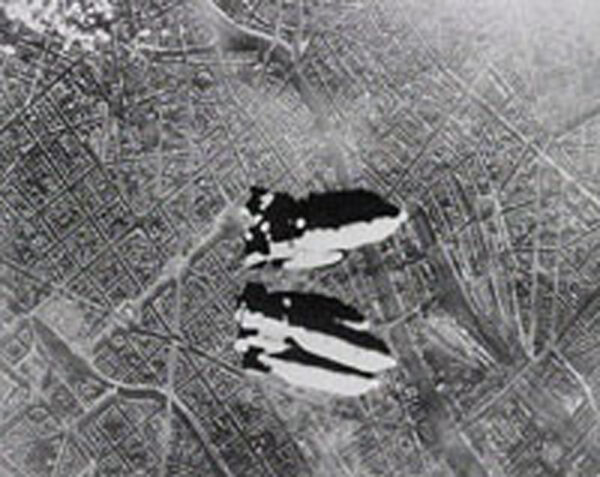 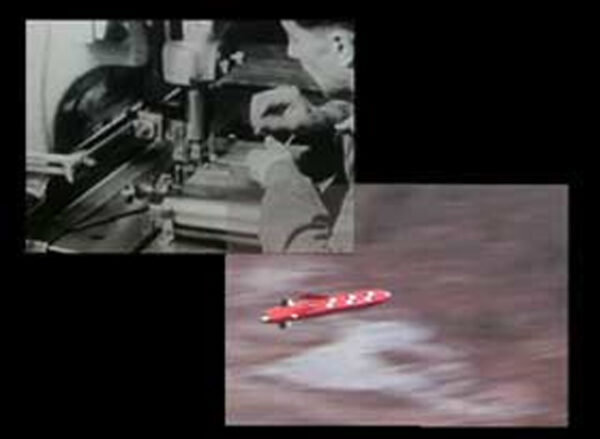