In the middle of January two ape-like figures in overalls stayed during 48 hours on the ground floor of Etablissement d’en face. For this occasion, Etablissement was converted to a stable – filled with straw, an armchair, a ball, a little library … The space was not open to the public. Passers-by on the street could observe the monkeys from behind the open lattice-work in their daily doings. This performance was announced without an author and is a continuation of “The Beast”, which was shown in 2000 in the form of a video, a text and a reception in the former space of Etablissement d’en face. ‘ Experiment with two animals was a project that was not necessarily addressed to a supposed art public, although it was thought from the artistic. 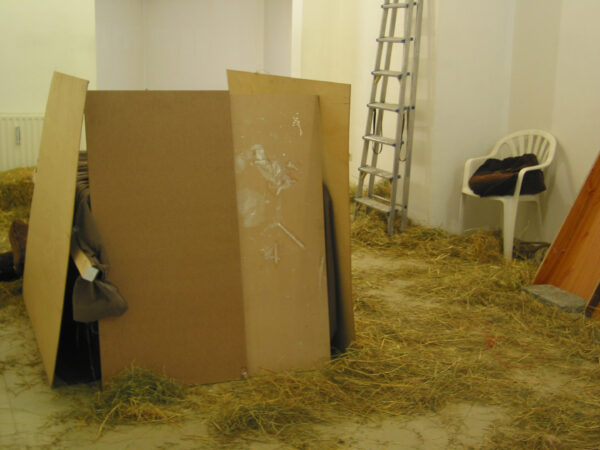 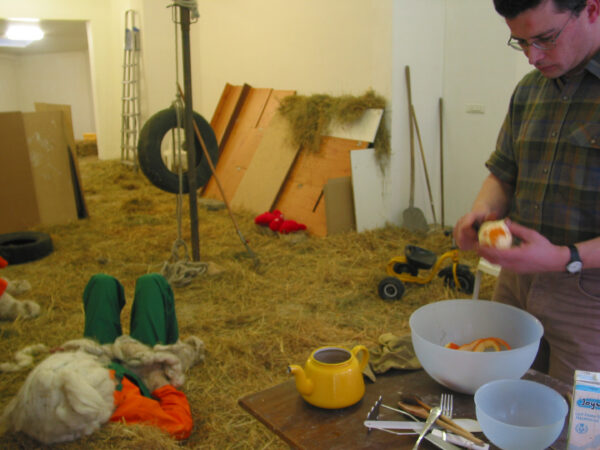 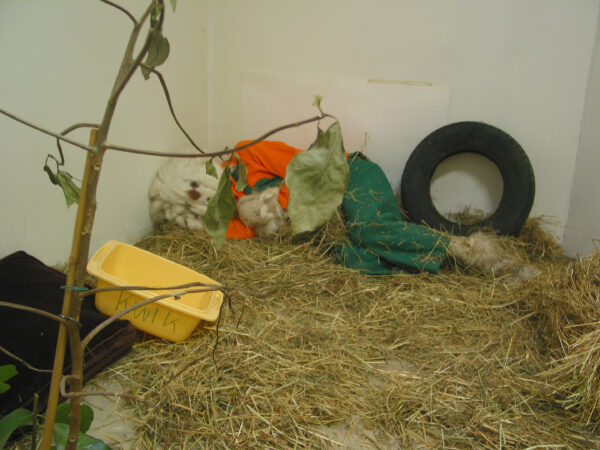