WITH AN INTRODUCTION BY
MICHAEL VAN DEN ABEELE

David Lynch’s film is based on the novel Dune, written by Frank Herbert in 1965.
Herbert’s book has long been considered a kind of science-fiction response to Tolkein’s The Lord of the Rings. Put into images by David Lynch, the film, which was a financial failure, is probably the least “Lynchian” of his works. For that reason it remains perhaps one of his most subversive.

Certainly, in its messianic and ideological dimensions, Dune was a count-weight to the “pagan”Lord of the Rings. Dune is the visionary tale of a Jihad, a holy war centered around the “Spice”. In Dune, the functioning of the universe depends on this precious substance that enables interplanetary space travel. The production of “Spice” comes from the austere planet Arrakis, which is controlled by an interplanetary organization and the Emperor, but risks falling into the corrupt hands of the “House Harkonnen”… 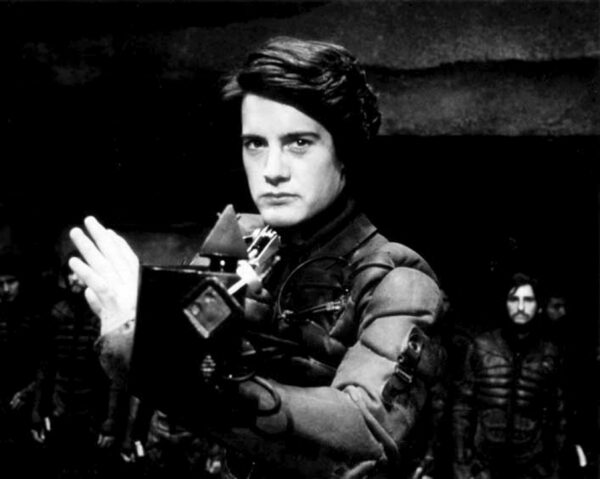