In 2001 Etablissement d’en face moved to the Dansaert-neighbourhood from the rue d’Artois 52 near the South-station of Brussels, where it had been located for ten years. Today, another ten years have passed and we are proud and pleased to welcome you to our new location at the Ravensteinstraat 32.

Among the many reasons why we chose this location, one is that we know this place can become a place rather than a neutral white exhibition-space. We know that, through the artists we have invited and showed over the years, we often tend to read and approach space and architecture in an idiosyncratic and subjective way. And in the manner that we invited and hosted artists, Etablissement d’en face was often more a house than an institution. The house -and with it the interior- do not necessarily mean homely warmth, but offers the opportunity for artists to develop what could be called a sovereign intimacy.

In a similar vein, most utopian (literary) models function only within a state of isolation; a state of which an island is the most literal example (not in the least Thomas Moore’s Utopia). It is merely a temporary suspension of its actual connection with the rest of the world (it’s only an island because it’s visually cut off by the water surface), but it is there nevertheless and it is the sine quo non for developing certain models.

The title of the exhibition was suggested by Brian Oliu, one of the exhibiting artists and we thought it fitting. A Castle always refers to a sort of centralised power-locus, most of the time surrounded by a halo of fantasy and romance and sometimes by dragons. Another Castle on the other hand proposes the castle as a secondary place or even a succession of secondary places, (offering a more horizontal panorama instead of a singular phallic focus) and as such it implies an elusive Centre, be it one of ruins, attractions, or of power-design; maybe even reminding Kafka’s Law. It creates a gap, or the possibility for secret passages and plenty of dysfunctional mystery-rooms that may propel one to take stroll, like a good old modern flaneur, jogging through Edgar Wallace sets. It may even suggest a bohemian type of sovereignty, or a sovereign type of bohemia: from tolerated visitor wimp to eccentric landlord in five seconds.

For this first exhibition though, we chose not to invite a single artist, but to select ourselves an amount of existing works. The chosen works form or draw a parcours through the space: chess-pieces whose positions intricately relate to the way they are played even though ultimately it may be the pieces that play the location. You could think of one of those human-sized chess-games that are ‘performed’ on a sun-blazing day of the weekend, in a beautifully staged garden, in the middle of a small exotic, but un-barbaric island. The chessboard stretches and widens, and the figures’ function and game-skills are merely a myth by now. The sky is a saturated blue and you can feel flatness behind it; the game goes on for hours. Then suddenly one of the players bends down to pick up something from the chequered floor. It’s a whip: traditionally the signal for the next level. 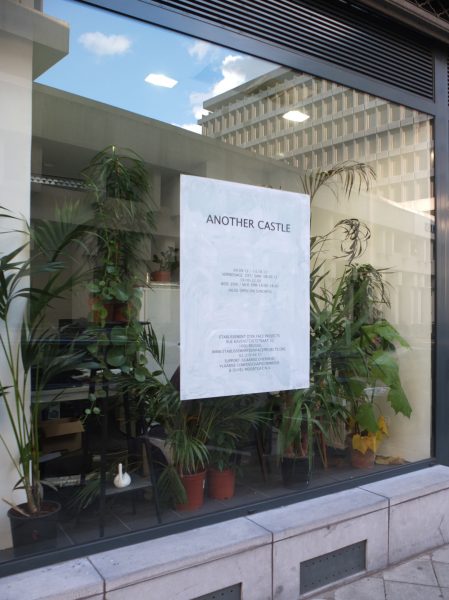 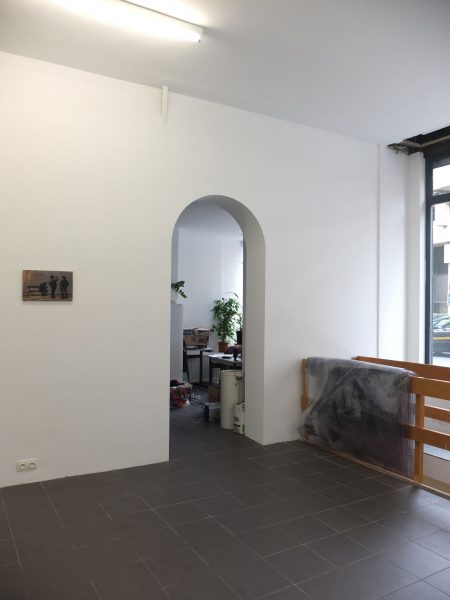 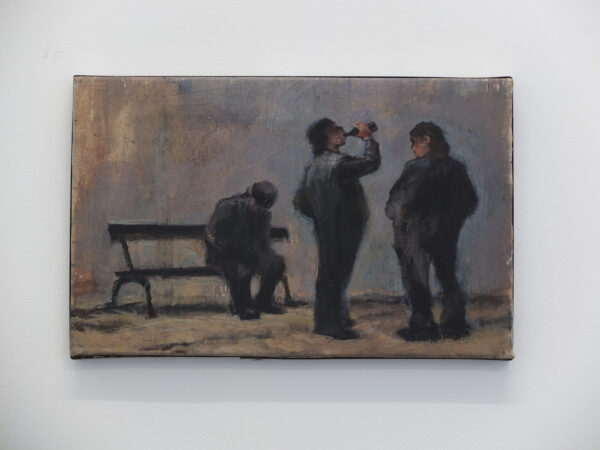 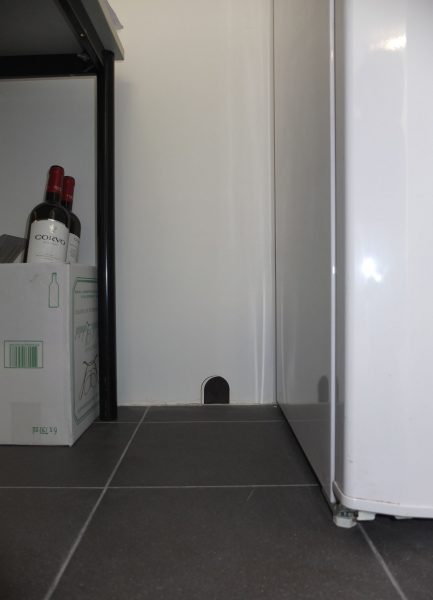 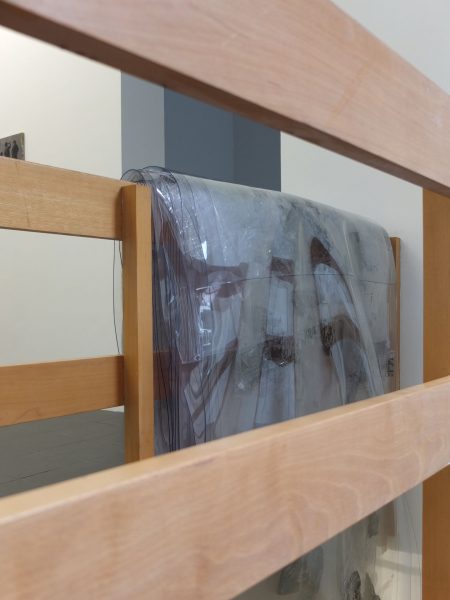 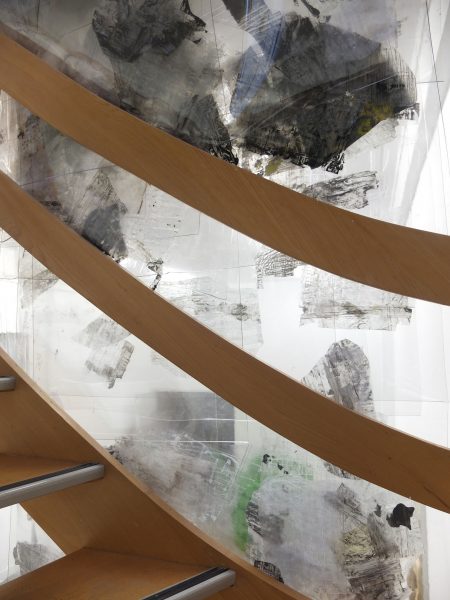 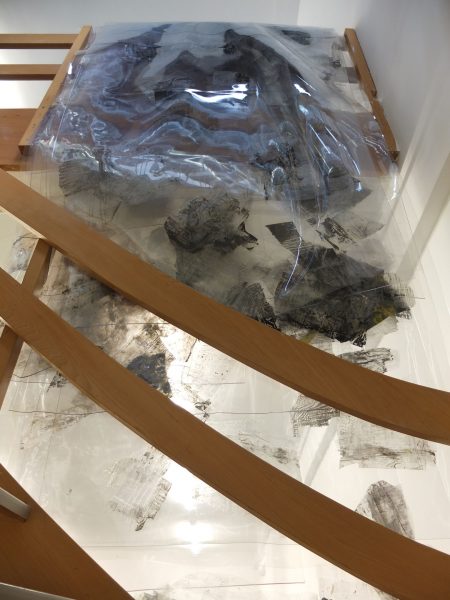 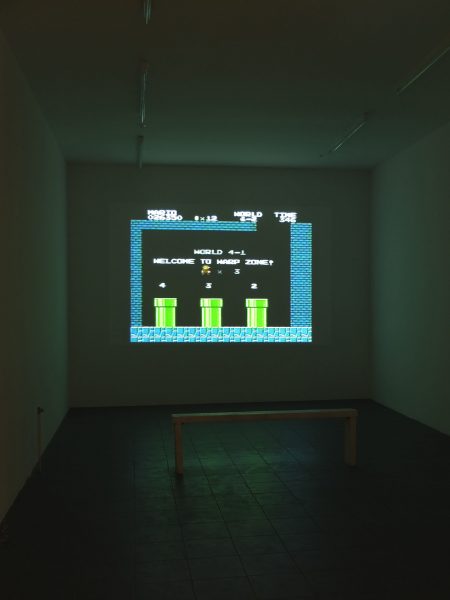 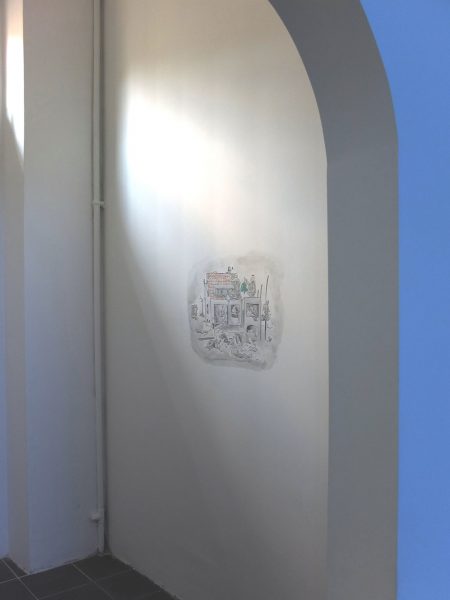 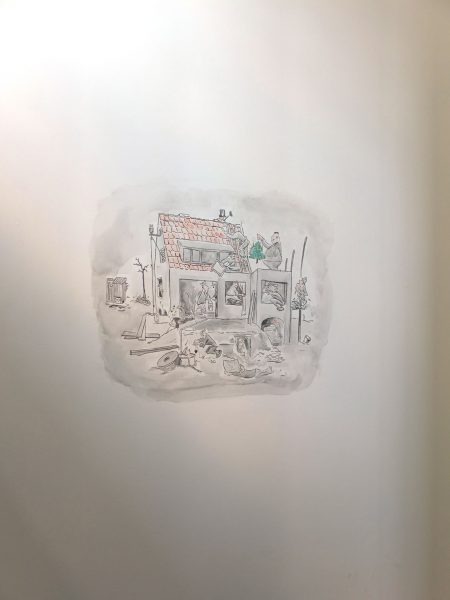 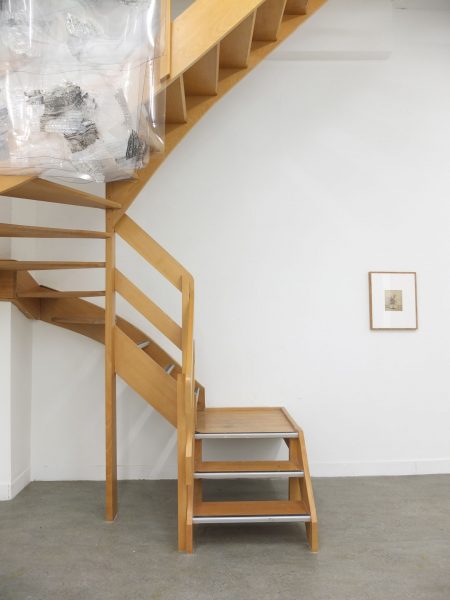 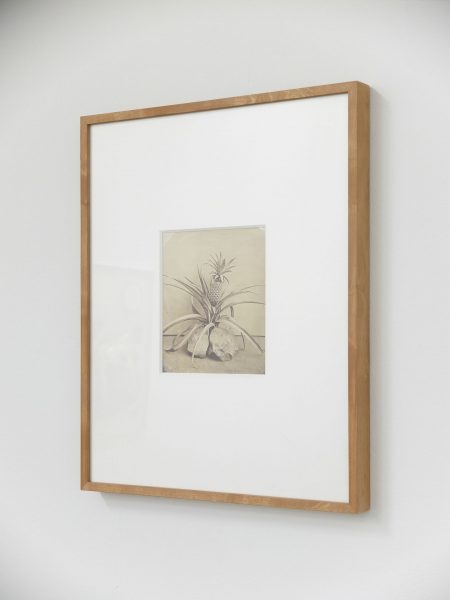 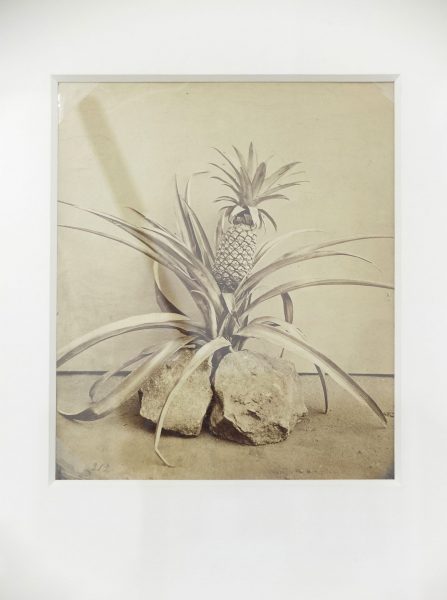 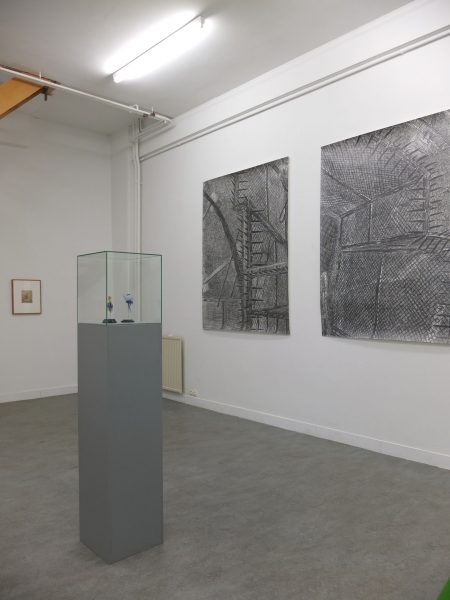 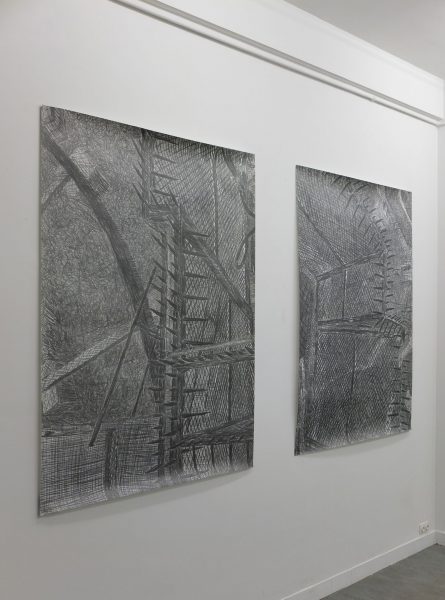 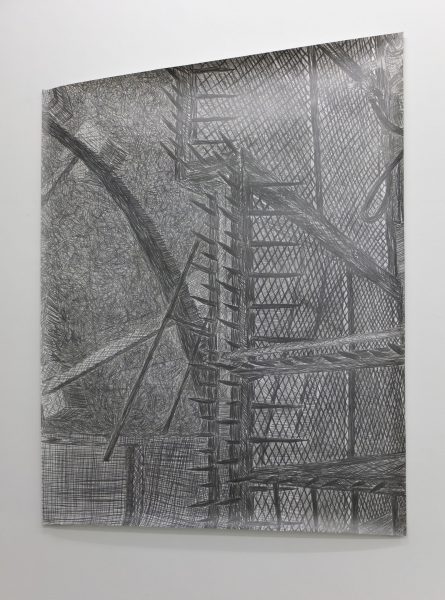 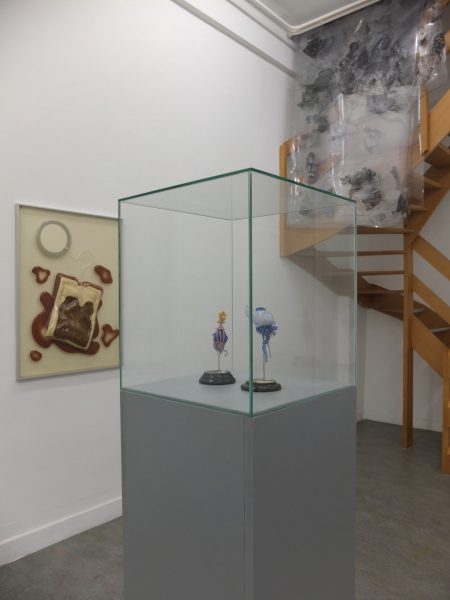 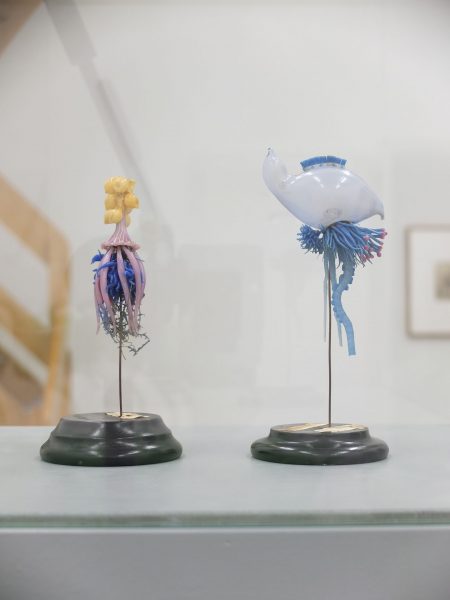 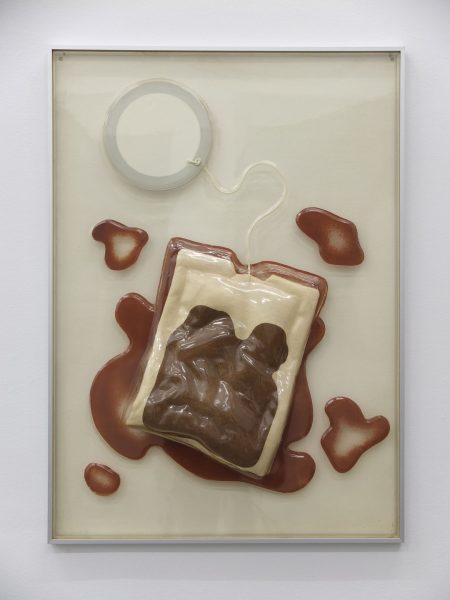 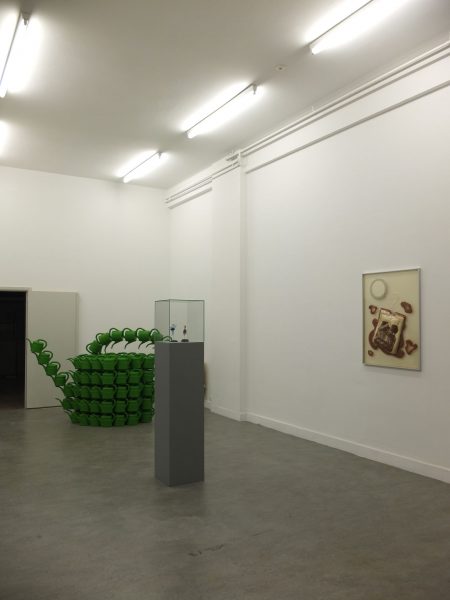 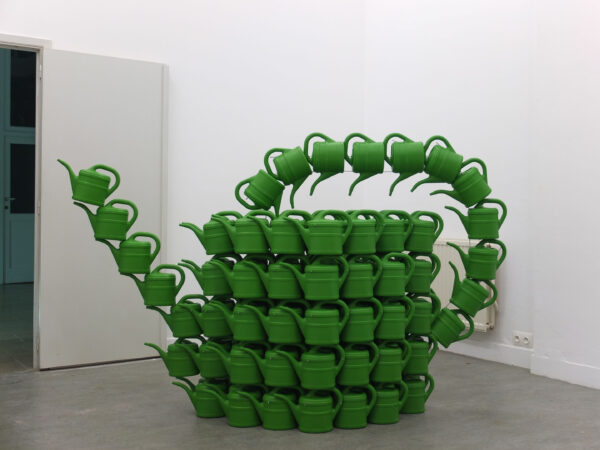 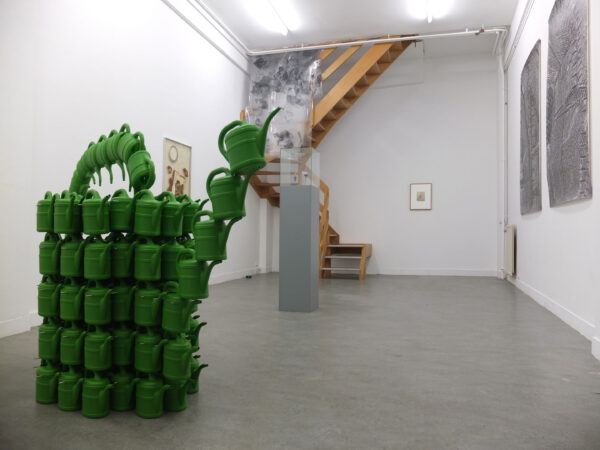 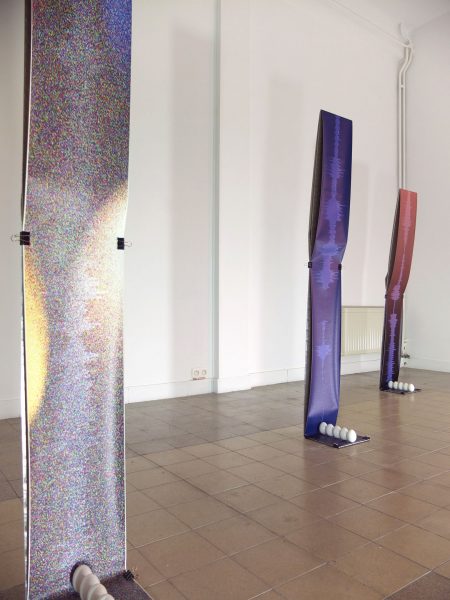 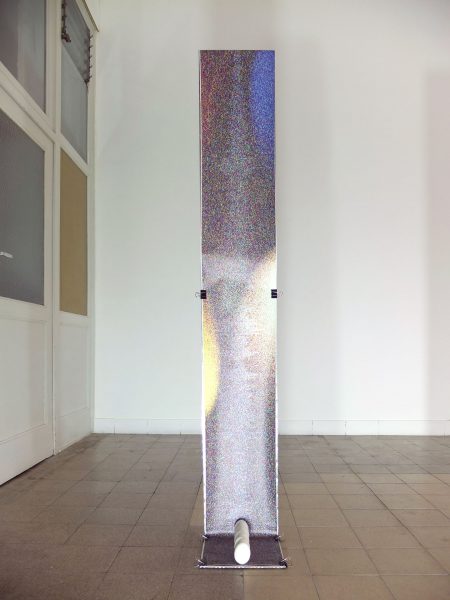 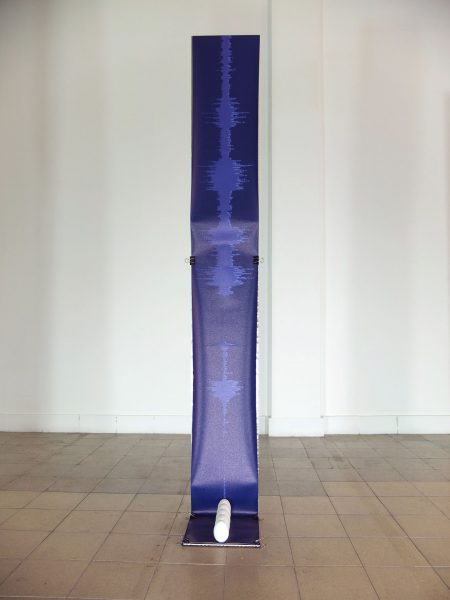 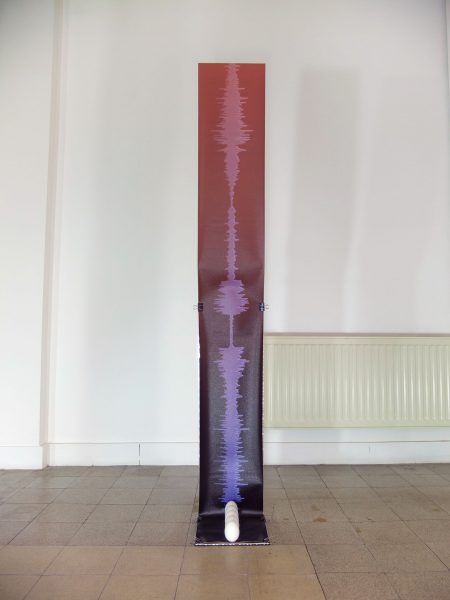 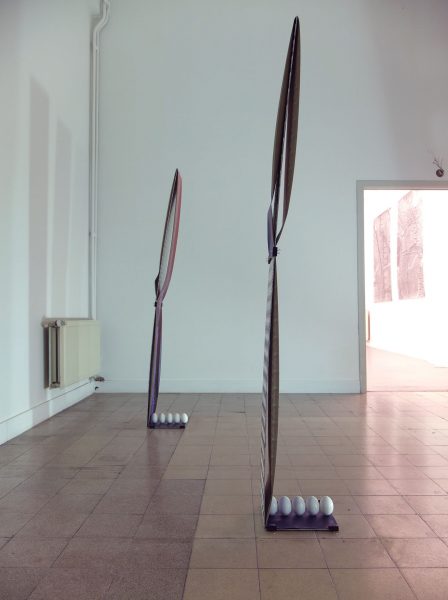 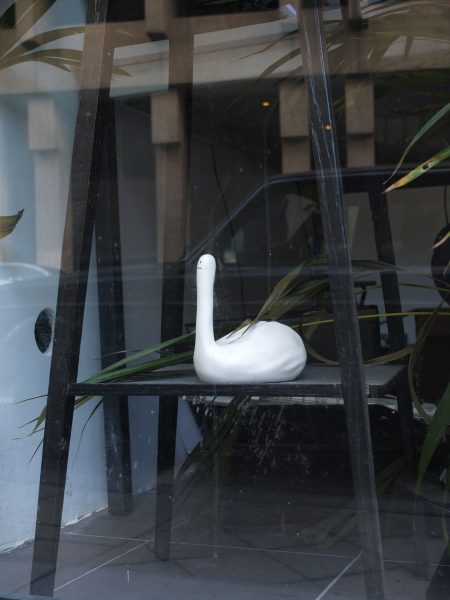