“Two young women share a spotless enclosed space – the proverbial white cube of contemporary art practice perhaps? – littered with the clichéd markers of femininity and insular, domestic life. They indulge in the minute rituals of the female quotidian: drinking tea, wrestling with clothing, applying make-up to each other’s mirror images, sprinkling their bland interior with fetishistic, ‘girlie’ signposts of hope and joy. It is a perfectly ordinary day in the perfectly ordinary life of two perfectly forgettable personae.
A small camera mounted on a tripod that ceaselessly travels through the space, however, alerts us to the staged nature of this seemingly peaceful, homely environment – or, better still, to the fact that this interior can, at any given moment, be transformed into the stage or film set of a Beckettian Kammerspiel. The ‘actors’ use the camera to record actions and events that seem both random and studiously choreographed. [Most of them actually seem innocently absurd or just faintly disturbing.] Witnessing the performance taking place in its entirety inside – meaning: inside the demarcated space or ‘white cube’ – we hardly recognize the traces that have been left behind for all to see on the monitor outside. ‘What happened?’ seems to be the only appropriate question to be asked. ‘What was that?’ Thus a ‘thriller’ is made – in more than just one sense.
Subtly phrasing the fateful progress of the actions and events that are taking place ‘inside’, the background presence of Bernard Herrmann’s classic Vertigo score subtly serves to underline the Hollywood point of the kitchen space (and/or the bathroom, and/or the living room – in short, any room that can be constructed as ‘feminine’) as a much-loved ‘scene of the crime’ and site of the uncanny.”

“Same Difference: Murder Mysteries, the work Alexandra Bachzetsis and Danai Anesiadou are presenting at Etablissement d’en Face, is only one of three performance projects/choreographies that see both artists team up, but it easily is their most challenging in terms of both content (‘meaning’) and form (‘method’). In keeping with the inquisitive nature of their research into the intertidal zone of visual arts, performance, theatre and dance, this performance piece specifically explores the limitations, possibilities and idiosyncracies of the staged and the choreographed, the directed and authorially controlled. Combining the general detachment, aesthetic procedures, visual grammars and narrative inflections of cinematography (the thriller genre in particular) with the rules and demands of embodiment that propel the logics of theatre, choreography and performance, Same Difference: Murder Difference offers an intricately composed, free-flowing meditation on the capricious nature of image production – on what is ‘staged’, willfully ‘designed’ or scripted on the one hand, and what is left to the erratic ‘control’ of mere circumstance on the other. The piece thus leads the audience (or, more precisely, the three audiences rolled into one) to wonder as to how performance comes about, how imagery and visual narrative are being constructed, and how the specifics of certain media and related technologies engender certain standardized regimes of visuality.”

“Both a looped play – in the twin sense of ‘drama’ and gaming activity – and a ‘multimedia’ installation of sorts, a performance piece and a “making of” film script, Same Difference: Murder Mysteries actively questions the disciplinary borders that segment and cut up the organic processes that govern so much of contemporary art practice, and directly addresses the (irreducibly material) chaos or ‘stuff’ out of which, through the creative act, the order of art is born.
Enter the black metal sound byte plus cheerleader routine.” 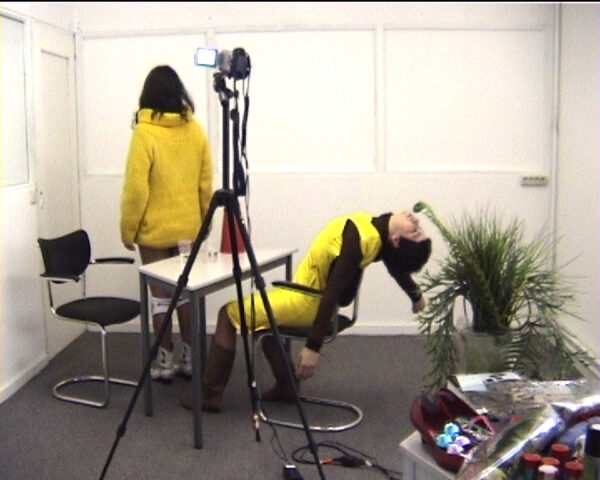 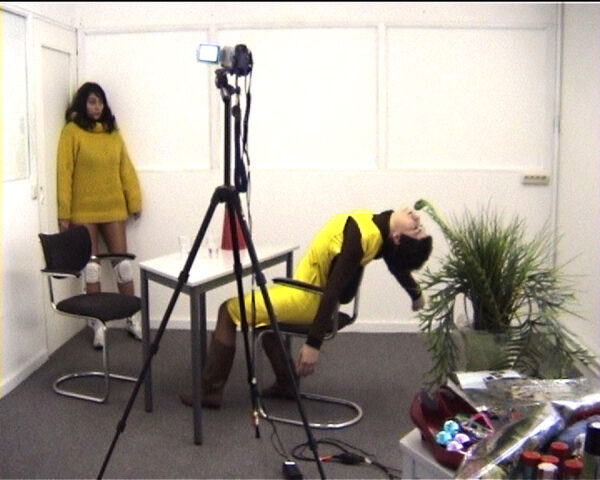 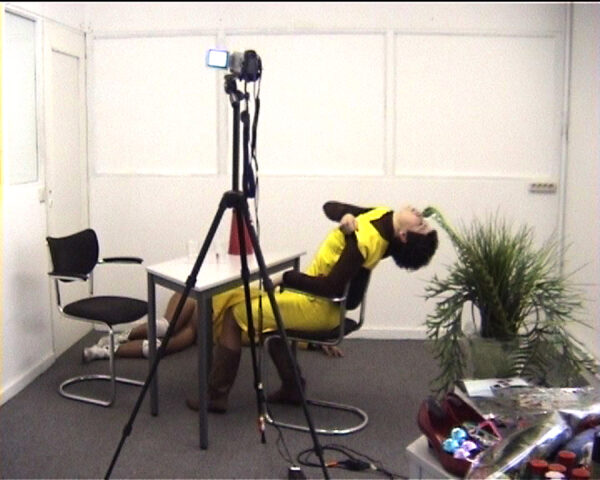 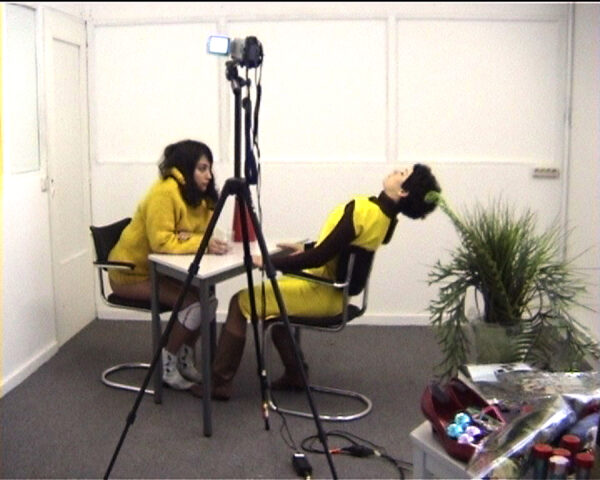 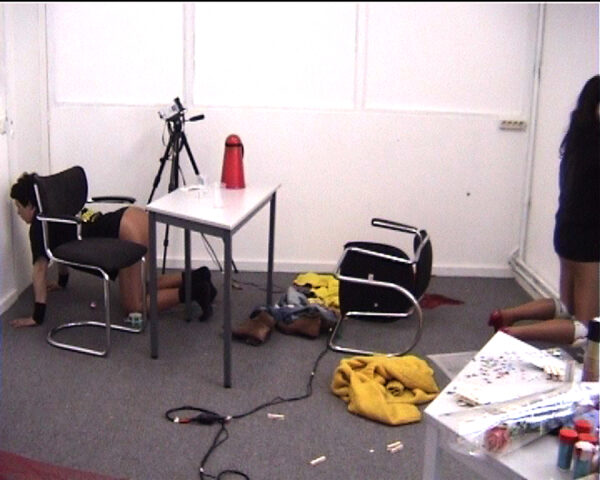 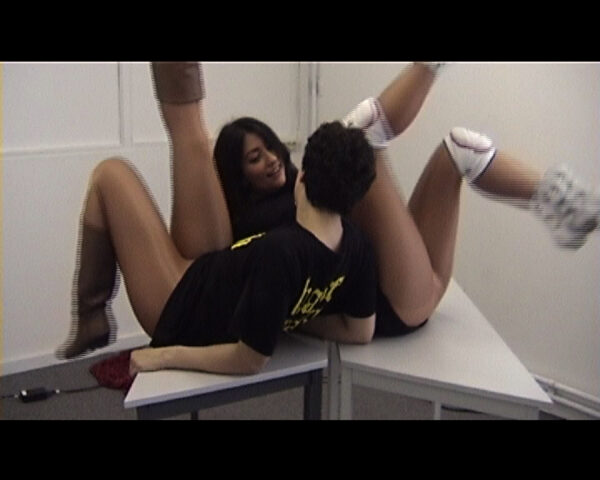 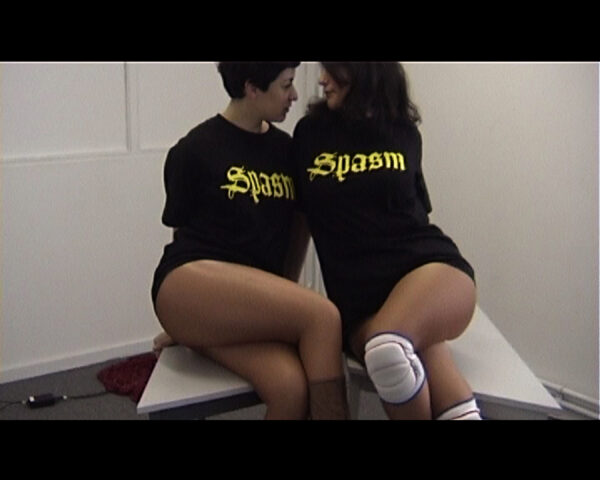 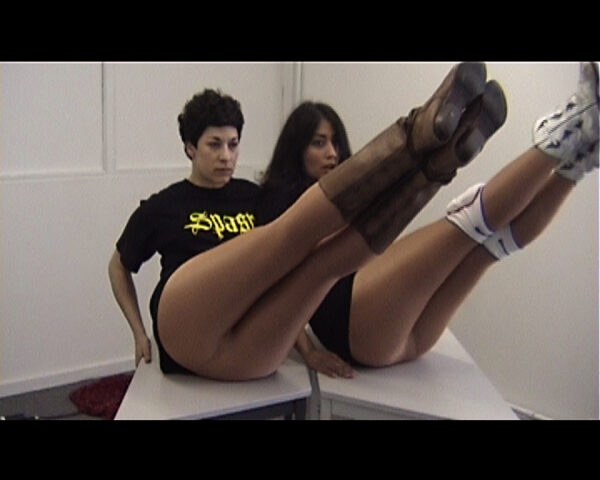