In their paintings, sculptures and video animations, Aline Bouvy and John Gillis wield a method of collage and assemblage. This method utilises a large variation of technical and stylistic characteristics, with a high density of visual stimuli and confusion as a consequence. Despite its electrically charged and nervous character, their work seems to possess a spiritual core; a transcendence that emerges out of the chaos.

The title of the exhibition, Aporie de la peur, means as much to understand the impotence and despair as to understand the fear, or to declare it (philosophically). And although this is more or less a pleonasm the emphasis still lies on the inexplicability, the incomprehensibility and the irrationality of fear. Fear is the opposite of loss of ego. After all, the moment of fear is characterised by an excessive self-awareness, resulting in impotence and an inability to behave spontaneously. The works of Aline Bouvy and John Gillis and their way of working are, however, just so characterized by this loss of ego. Their works are outstanding escapades. Their method is that of intuition and surrender (to the immune). They are celebrations, as much in a ritualistic, archaic sense of the word, as in a decadently futuristic sense: the aforementioned transcendence is coupled with transgression. These celebrations are equivalent to a sort of primitive oath of disaster and evil spirits, and a state of trance or hypnosis is never far away. Hybrid figures in obscene poses, grotesque heads and fetishistic sculptures populate a virtual mythology.

The works that Aline Bouvy and John Gillis are showing in Establishment d’en face are scenes that are for the most part embroidered by hand on luxurious and decoratively woven fabrics. The high quality materials and many hours of handwork, lend the fabrics in this exhibition an aura of exclusivity and fetishism that is contrary to the desperate looks and neurotic bodies of the figures represented. Artisanal devotion and technical accuracy are combined with an atmosphere of defeatism and dystopia. In spite of the prosaic nature of the visual language, the works contain a mythological and almost archaeological character. In one of the exhibited works, minutely embroidered cigarette butts float over a dark background, as in a cosmic firmament. It elevates (or lowers) the central figure in the fabric to a sort of secondary, marginal godhead; a god of recovered cigarette butts. 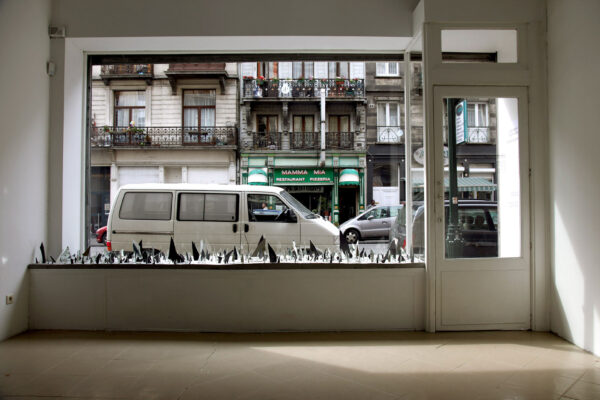 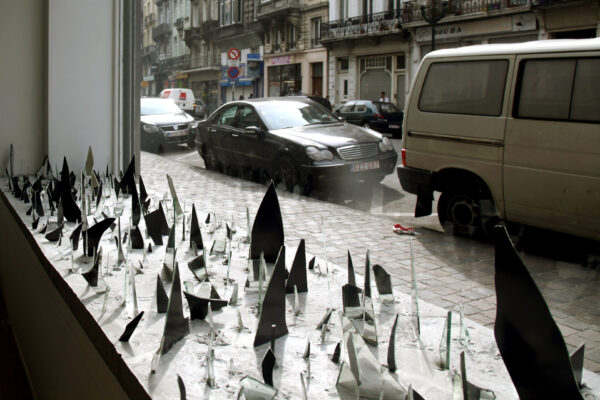 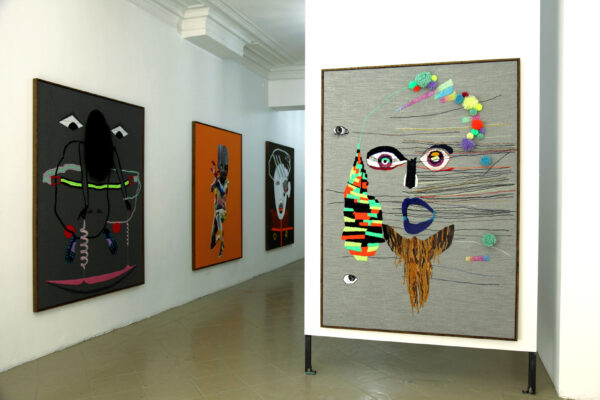 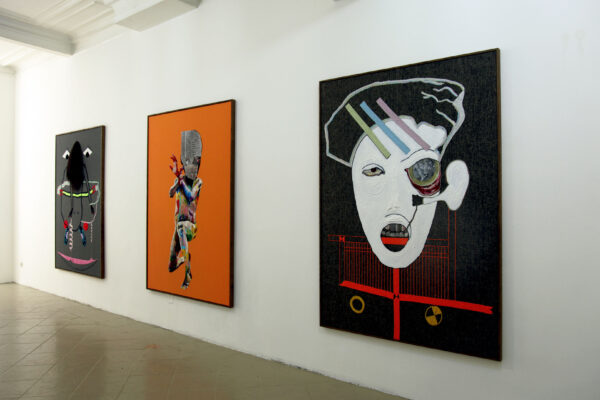 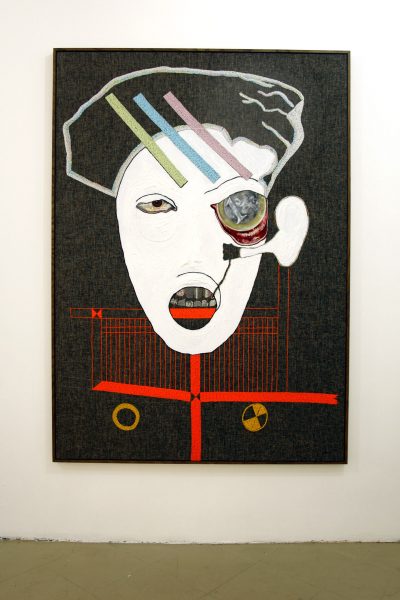 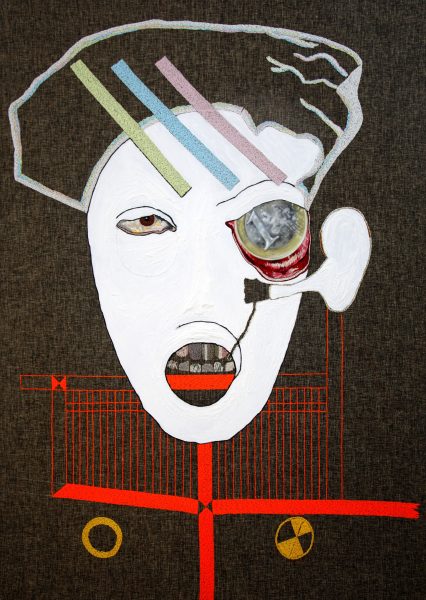 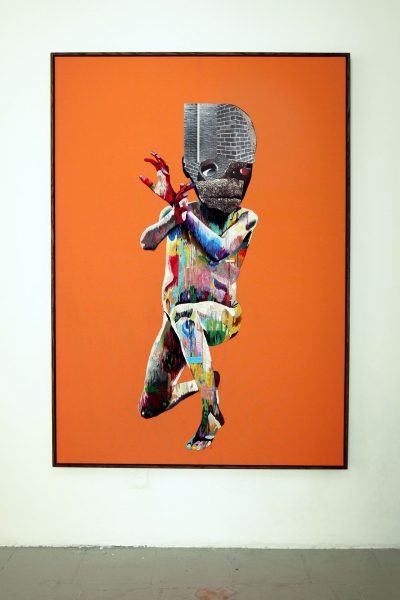 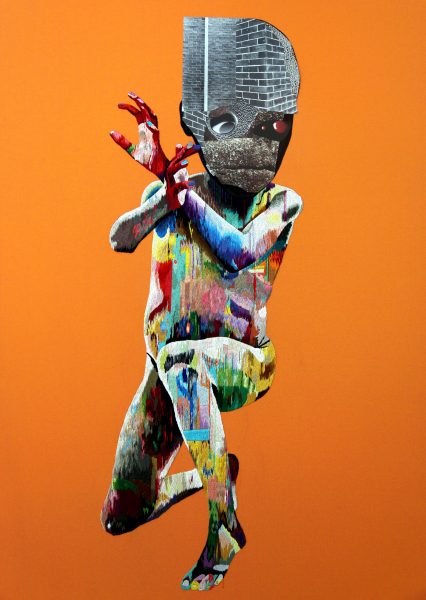 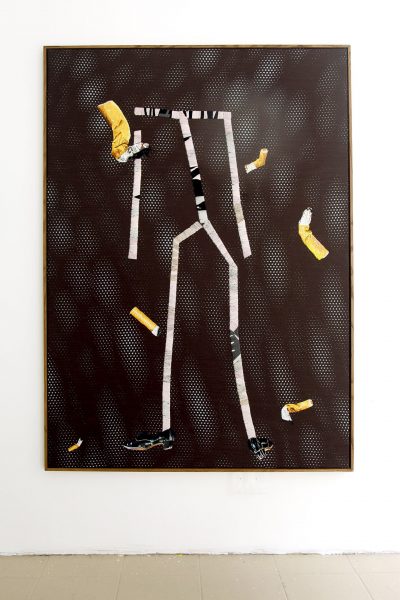 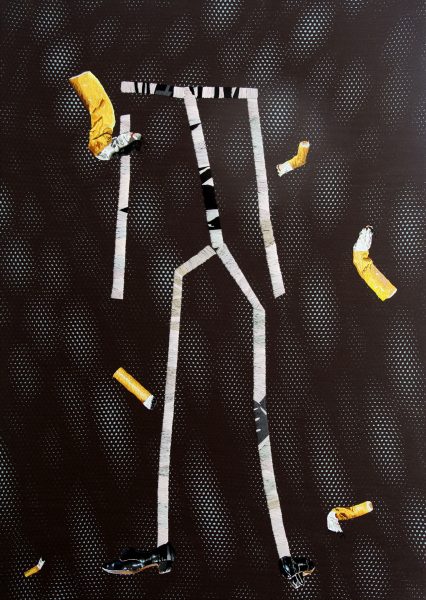 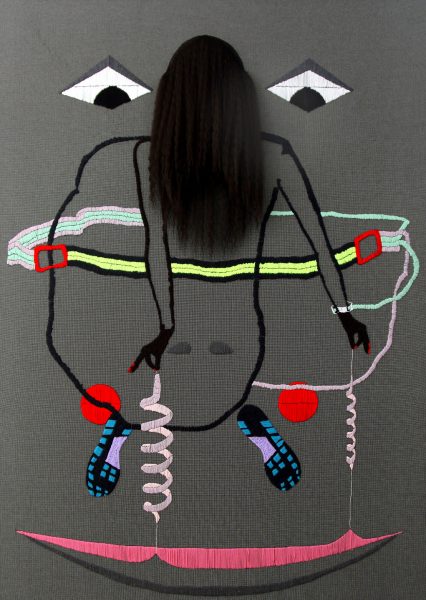 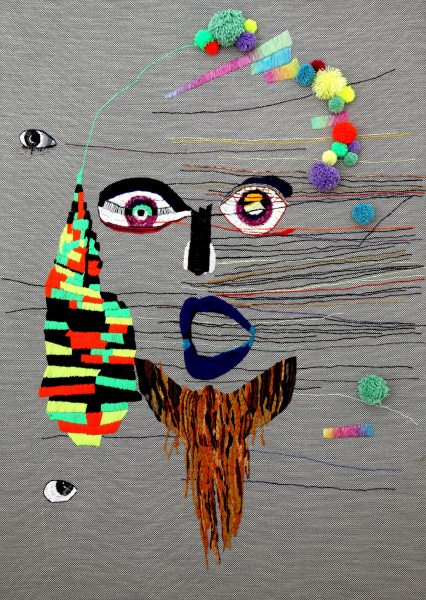 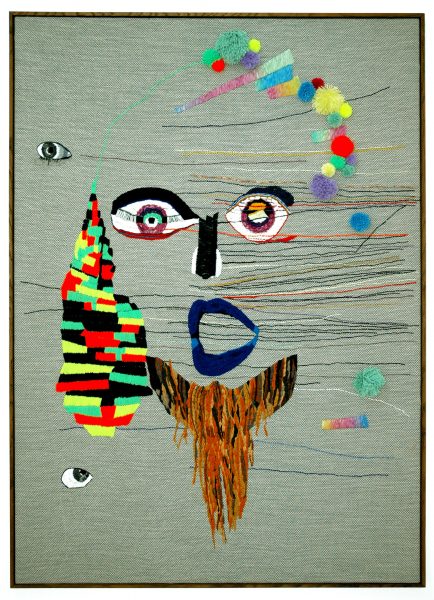 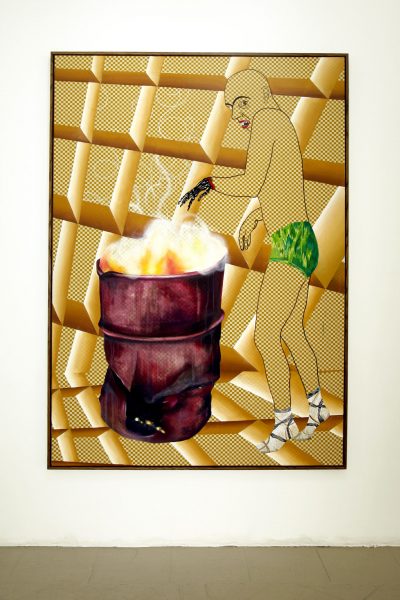