Etablissement d’en face is pleased to present DOLLY, a solo exhibition of new sculptural and installation works by French, New York-based artist Sophie Giraux. The material and symbolic strategies in the exhibition continue the artist’s investigations into contemporary conditions of production and circulation of subjectivity and identity.

Upon entering the ground floor of the exhibition space, dyed in a warm lighting, ‘Dolly (sequence)’ shows an image of the US-entertainer Dolly Parton behind-the-scenes of a set, printed out in wheatpaste technique typically used in advertising, and pasted all over the left wall. These yellow sodium lights were once used on street lights before cold LED technology was introduced. In addition to inducing a sense of nostalgia and emotionalizing the space, the light reduces the color scheme of the images to black and white scales and thus flattens out the information of the images.

Dolly Parton, in recent years, has emerged as a unifying figure in the US public realm. The singer-songwriter –  who famously vocalized the ambitions of women’s unions with the hymn 9 to 5 (1980) – to Giraux, embodies the intricacies of antagonistic public spheres and division that have become inevitably visible due to polarizing events in the Western world and continues to satisfy divergent fan groups and opinion holders that range from liberal progressives to deep conservatives. In the process, Parton has become the reproduction of fragmented public images, a malleable surface for personal projections and representations. The camp idol and the ‘good’ woman inhabited by faith. Decisively, “Dolly” is also the name of the first cloned sheep named after Parton because the duplicate was made from a mammary cell.

Downstairs in the main exhibition room – imbued in the discomfort of clinical lighting – pieces of a new series of sculptural works by Giraux are mounted to the walls. ‘Dolly #37’, ‘Dolly #4’, ‘Dolly #40’, ‘Dolly #3’, ‘Dolly #32’, ‘Dolly #11’, ‘Dolly #24’ are described as different copies made from the same original image – a cheap table cloth with floral rose prints. The painterly qualities and ranges of color and sharpness are the results of a process of repetitions, as the original image is printed on the poured rubber and the negative and positive molds are transferred over and over until the image source eventually fades and is cut off completely, as if having transgressed the realm of representation and specificity.

DOLLY is embedded in a contemporary world drained by the visual and oversaturated by surface – a world of networked communication, wherein imbalances are increasingly discussed on the level of individual experience and the performance of authentic identity. The material and symbolic strategies as well as means of production of DOLLY circle around overcharged and seemingly out-dated representations of womanhood that are not yet overcome: the table cloth as an object from the domestic realm, and thus realm of reproductive labor, or the floral as a cliché figure of the feminine are at once multiplied and destructed. What remains most dominant is the production process itself, reintroducing the heaviness and tenaciousness and irreducible difference of the corporal and leaving memories of this very process on their pieced together and unruly surfaces like skin carries scars.

The exhibition ends with ‘The Comfort Artwork Series’, a sculptural work of cast black rubber from 2018 showing a cat sleeping on a small tableau whilst pressing out of the frame and thus with contradictory feelings as the softness and cuteness – typically associated with the infantile or the feminine – emanates associations with discomfort, suspended agency and ambivalence.

The artist would like to thank all the people involved in this exhibition, with special thanks to Ryan Cullen, Baptiste Mano, Gauthier Oushoorn, Charlotte vander Borght and all the cats! 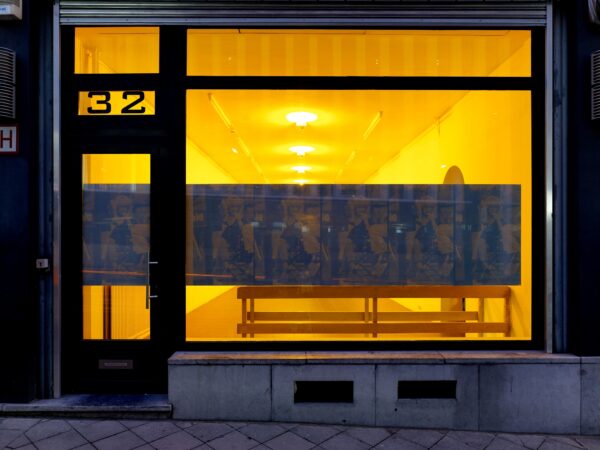 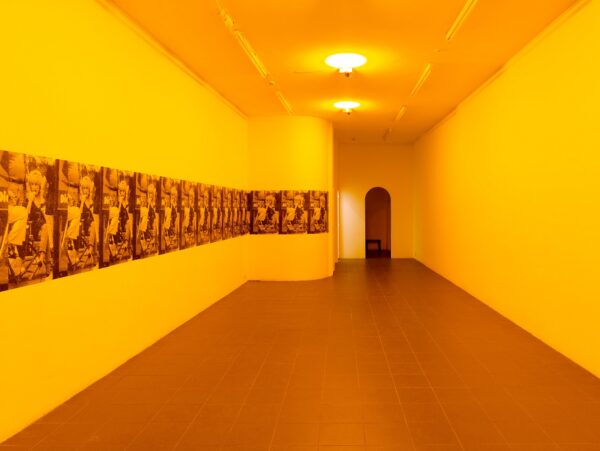 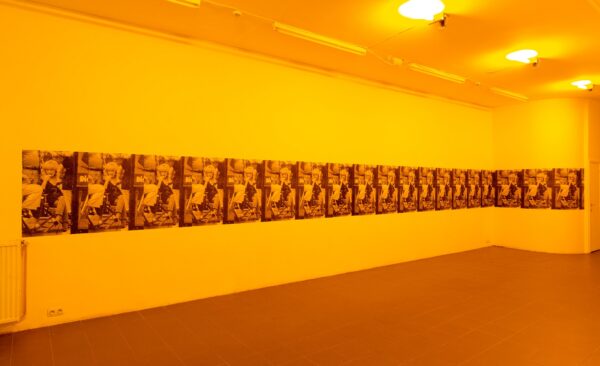 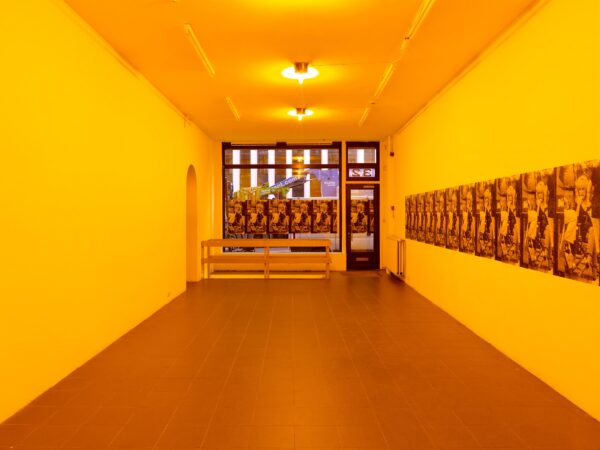 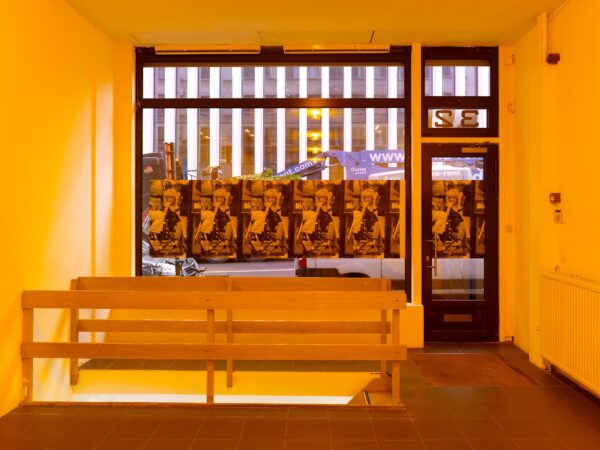 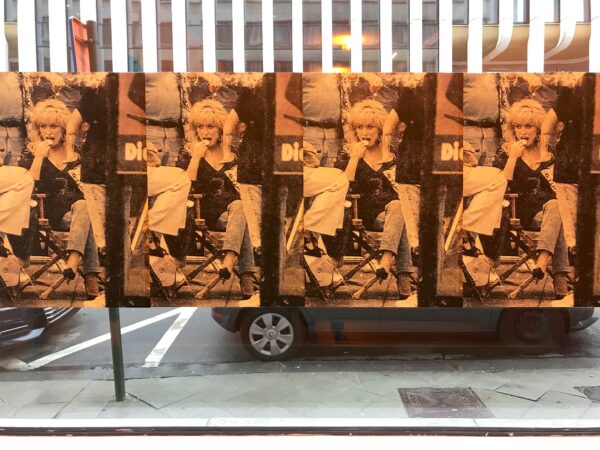 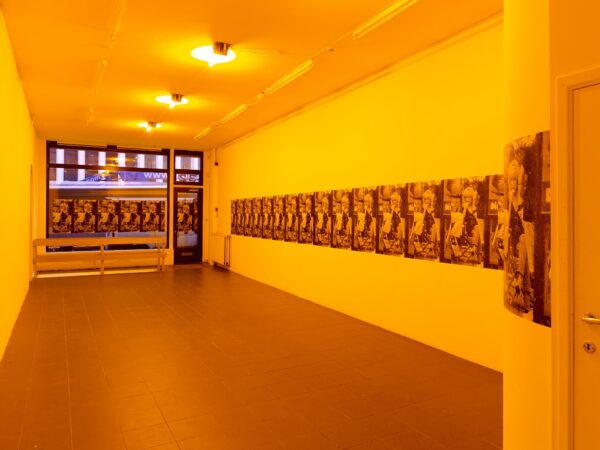 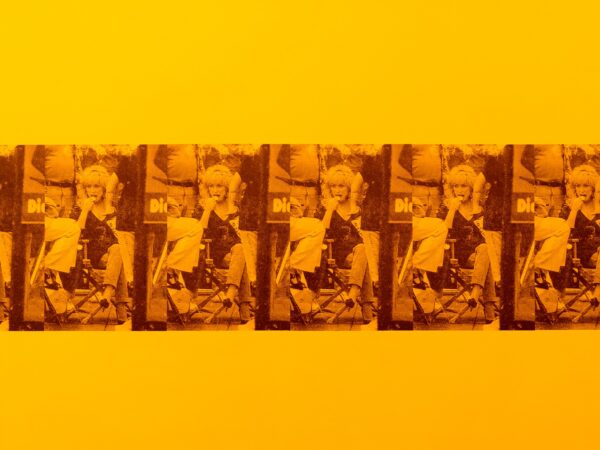 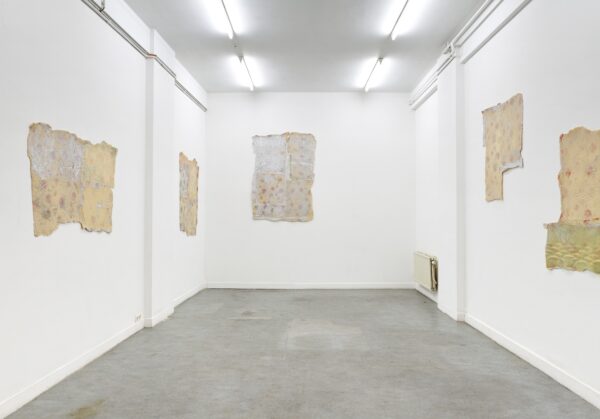 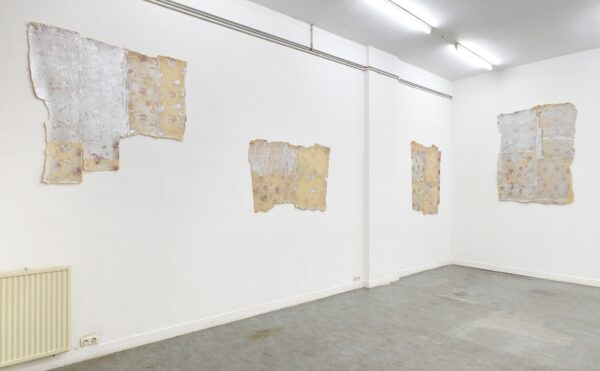 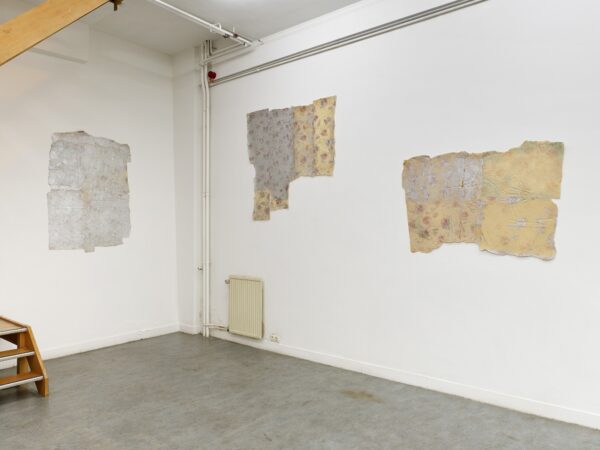 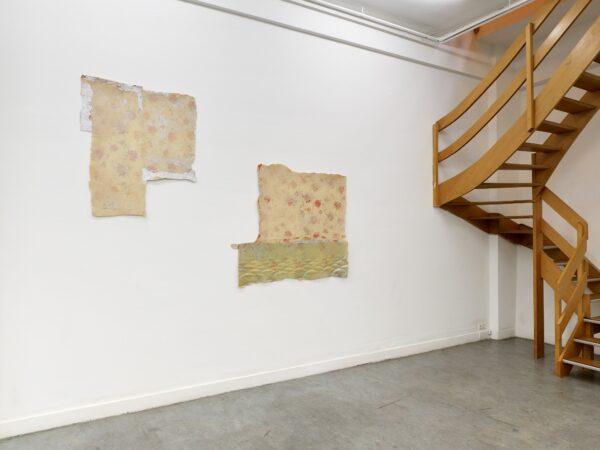 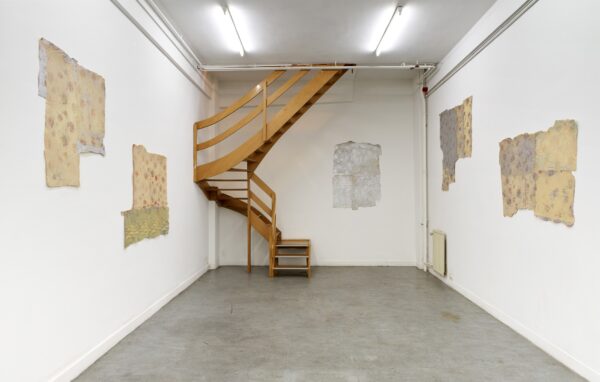 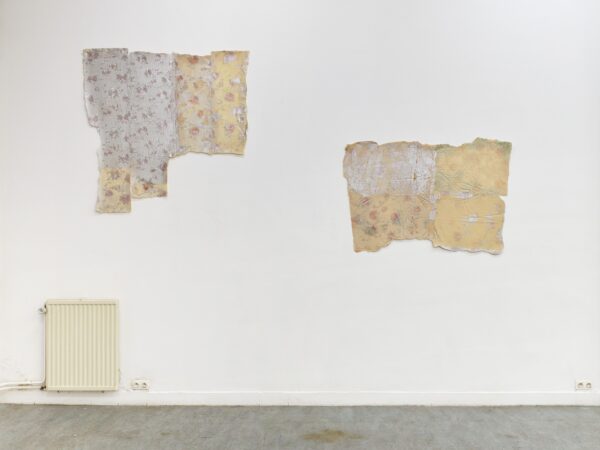 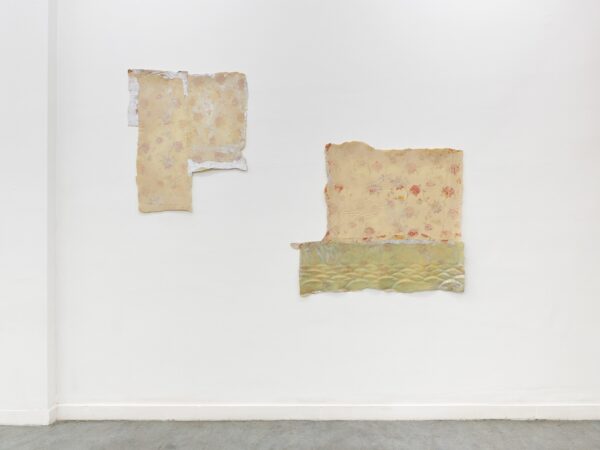 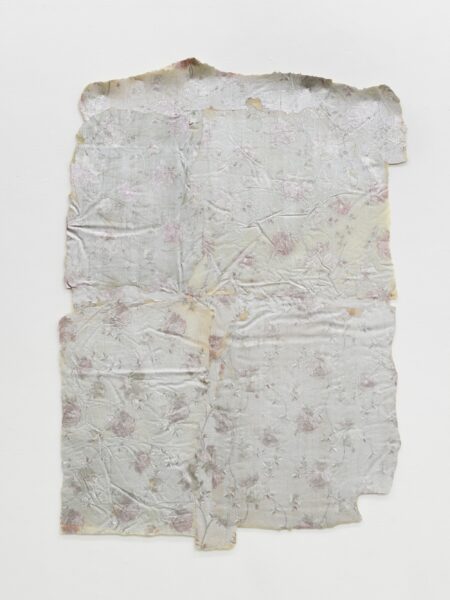 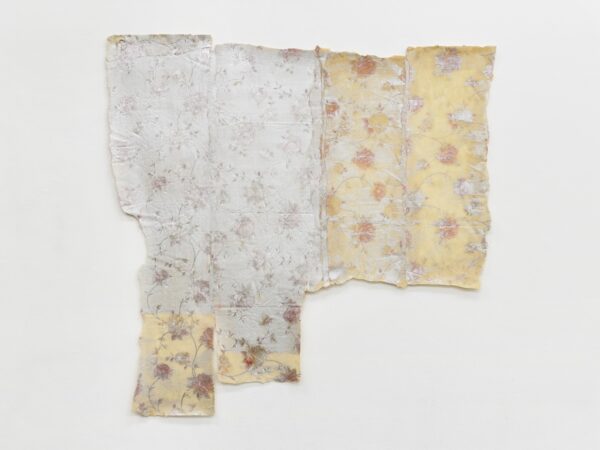 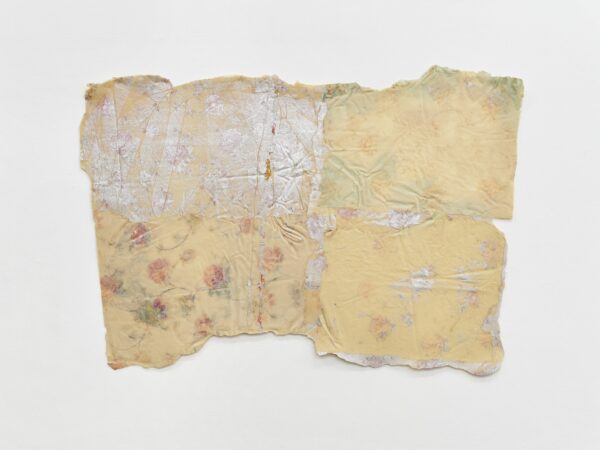 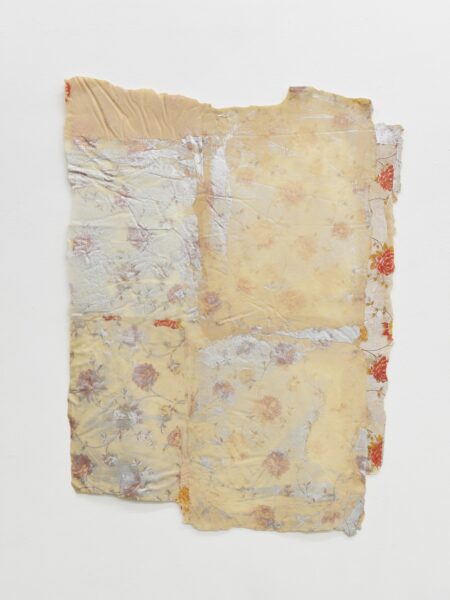 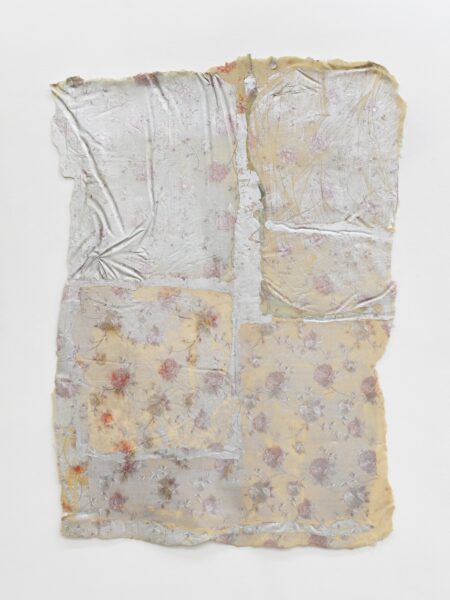 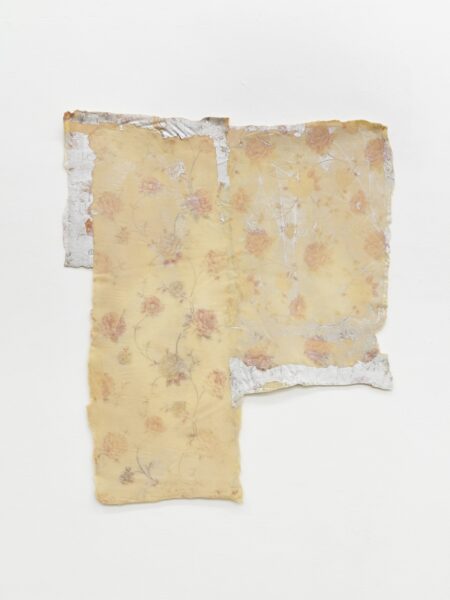 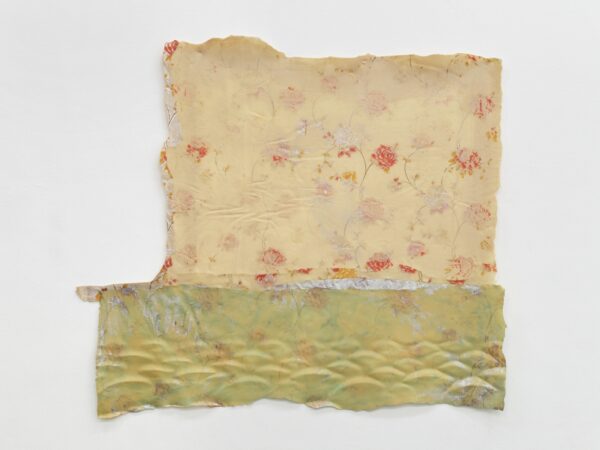 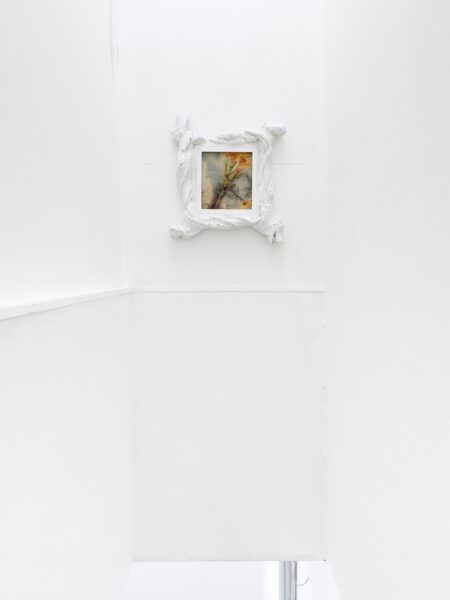 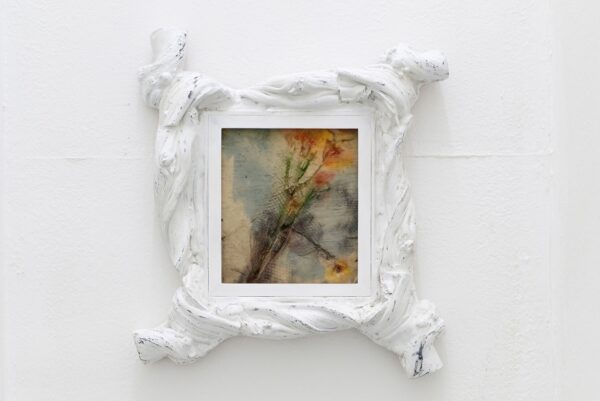 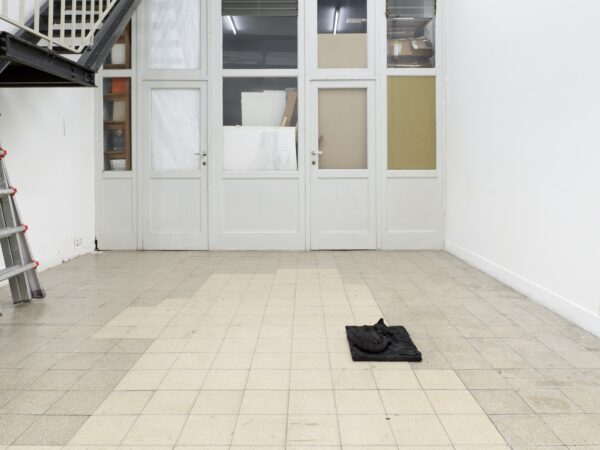 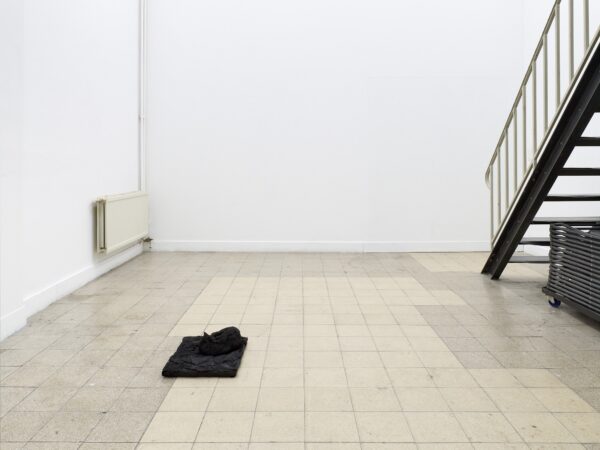 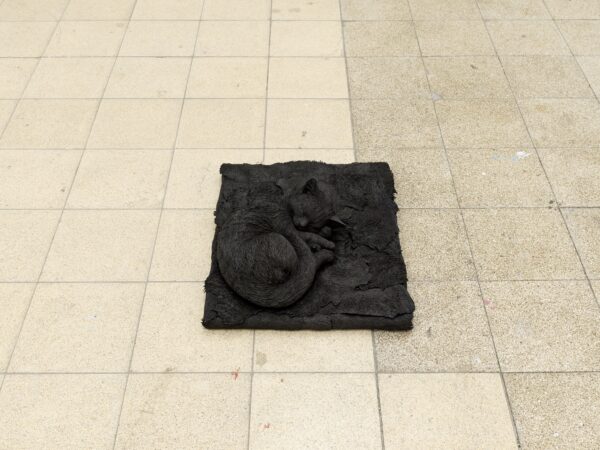 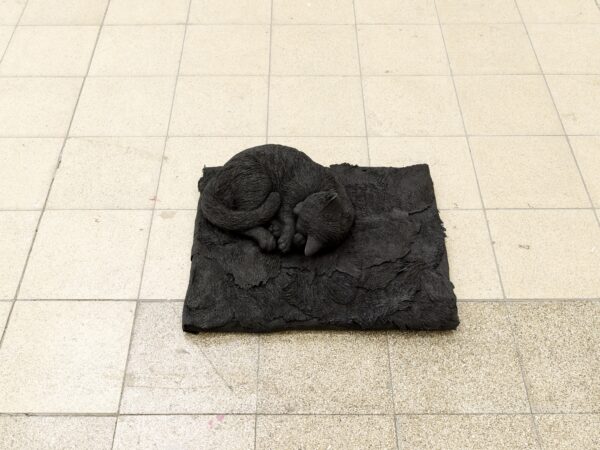