MVdA: The exhibition Sins of Idealism runs over the two floors of Etablissement d’en face and has a colossal design. The ground floor generates the slow progress of a folkloristic art-pageant in ruinous layers and geological strata. The movie Terror Error, shown in the basement is an Olympic undertaking: for you that worked on it for three-and-a-half years, but also because the heavy density of material might be trying on the visitor as well. I’m not sure if it is correct to say that the movie embraces the abject, but despite or through the marathon of sex, violence and terror, the movie seems to address or generate a particular level of empathy.

SV: In Buddhism there is a practice that is reminiscent of this. It consists of a very big book in which every possible atrocity of the entire world is described. It is the most perverse book that you can think of and you have to be initiated in order to read it. The reading of each of these atrocities is accompanied with a specific breathing exercise by means of which the reader can emancipate him or herself from revulsion or attraction to the horror. I think I’ve done something similar, but with a twist, something to keep the horror from taking over. But empathy was an important element in the movie –in the making; an attempt to understand.

MVdA: The exercise to match horror with controlled breathing seems to connect with the rhythm of the montage of the movie. The different scenes or vignettes are often overlapping, there’s seemingly no narrative logic. As a viewer I had the experience of a trance, a long sentence or diction but without periods, only commas: and, and, and.

SV: There are actually three chapters of which I wondered how an Artificial Intelligence would deal with it. There is the recent example of Microsoft letting an Artificial Intelligence loose on a chat-room. In less than no time it started to post the most hateful and racist messages, simply because the AI had the program to sample and learn from other messages. As these were all so heinous, the AI considered this as average norm.

MVdA: Is trauma the theme of the movie Terror Error?

SV: It is a deduction of certain observations, yes.

MVdA: What is -according to you- the relation between identity and trauma?

SV: Pffw, we’d first have to find a definition of identity. And that is what I attempted to play with in the movie: as you switch looking from the point of view of the offender and then from the other, or from the point of view of the spectator. Trauma is not so much imposed from above – people maintain it amongst them- trauma generates PTSD (Post-traumatic stress disorder) and if you understand how that works you can easily manipulate a person as a puppet.

MVdA: I once read that History is the vision one has when one defies all opposition. Do you see Terror Error as a sort of holistic genealogy of violence?

SV: It is an attempt to understand –with the means at hand: in my case the Internet and my own memory, and my own anger– which I recognize in others. At a certain moment you ask yourself the question ‘who am I and who is the other?’, and by comparing you sooner or later face a wall. And the only answer to still understand the other –and yourself- is the point where you ask yourself ‘where do I begin and where does the other begin’, because you influence me and I influence you, and then you stumble upon consciousness.

MVdA: When I saw your Photoshop-collages for the first time in the basement, I had the impression of an inverted therapy, with a sort of anti-therapist who, like a bully, analyzes and screeches at you: Telling you why you’re such a depressed failure who’ll never make anything of his life.

SV: It’s an absurd magnification, yes. The title Sins of Idealism summarizes my idea that every idealist conviction -and identity is an idealism- is totally absurd. I’ve seen how I tried to live as an idealist and how I kept on falling, but out of idealism I thought: Ok, that’s part of it. And when I see how I’m living now… I live like… hmm, through my depression. I made a point and decided to be a ‘loser’ -with one or two o’s depending. I’m not going to partake in the imposed and conditioned survival of the fittest. And that helped a lot because you no longer have to be defensive. Defensiveness is the essential shithole. 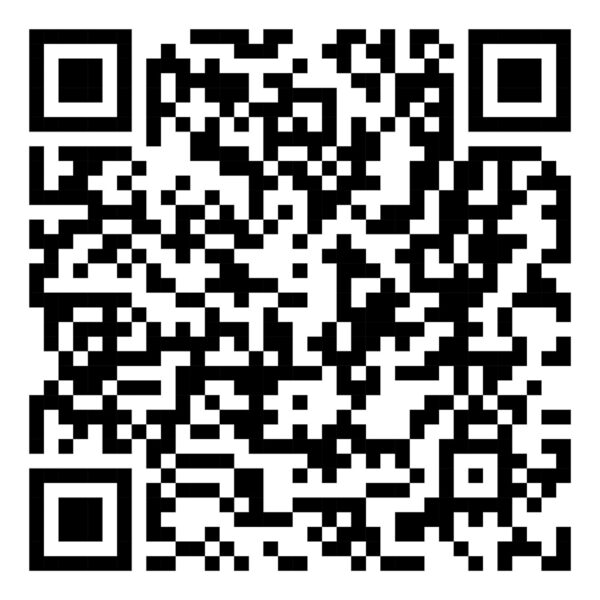 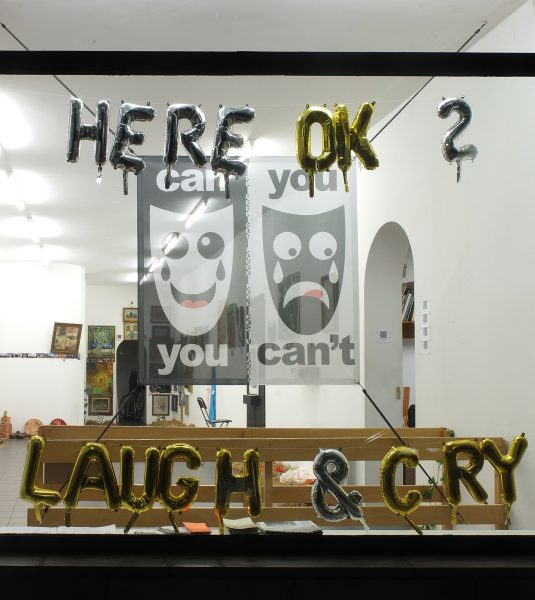 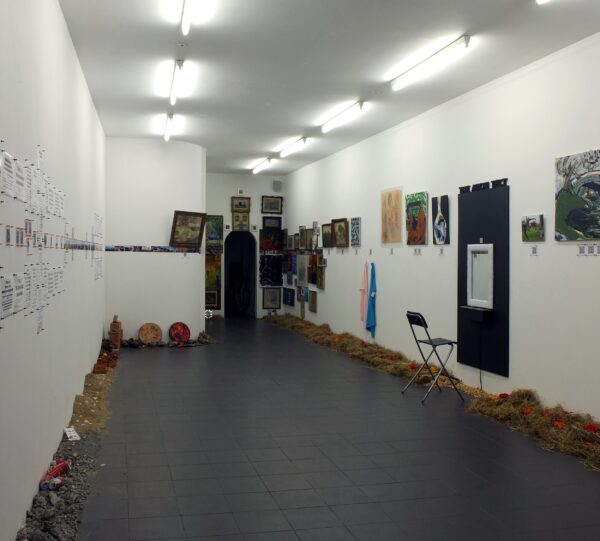 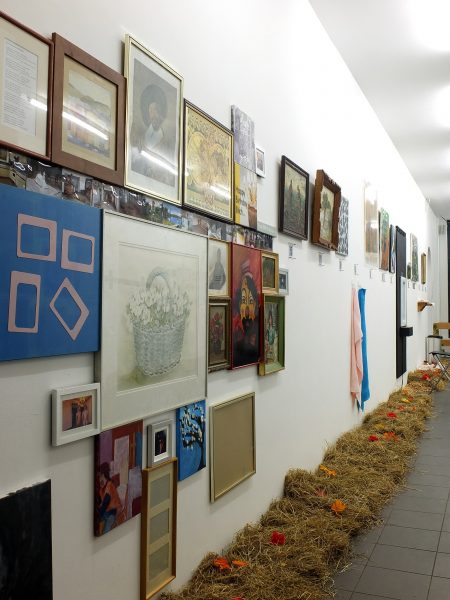 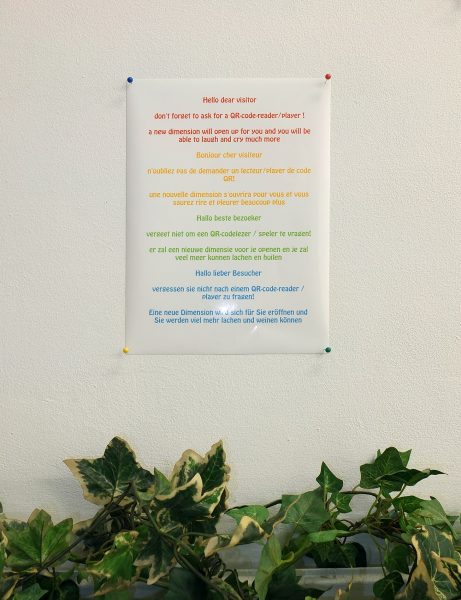 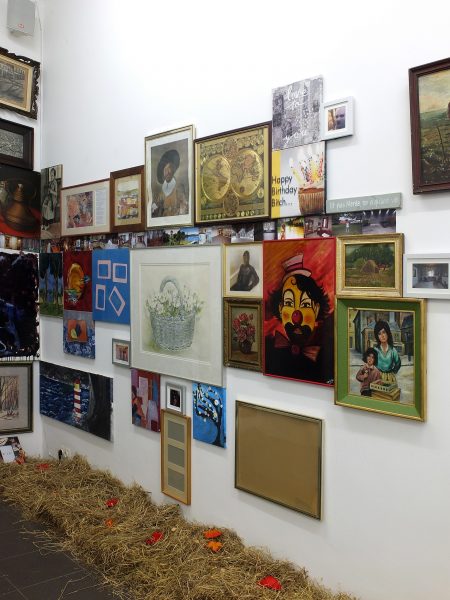 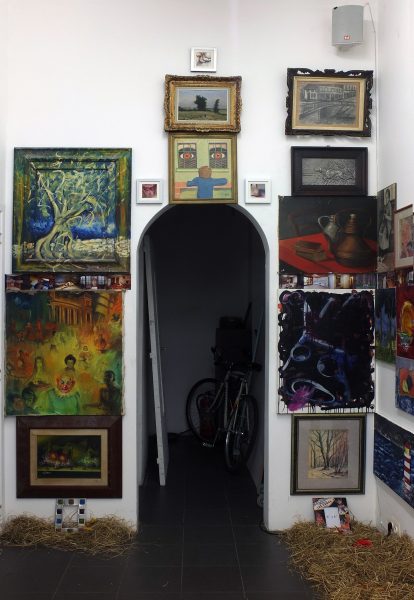 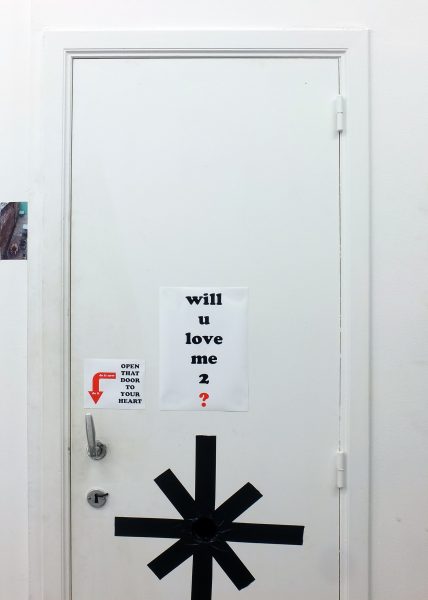 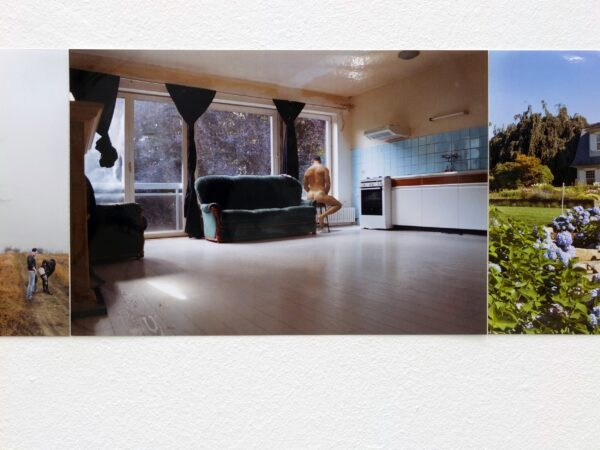 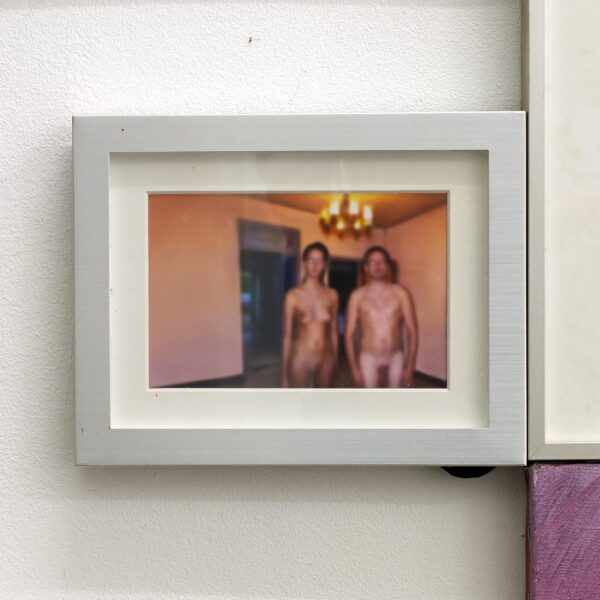 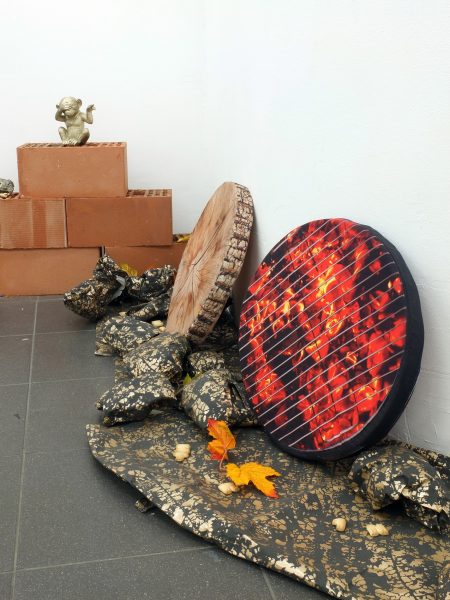 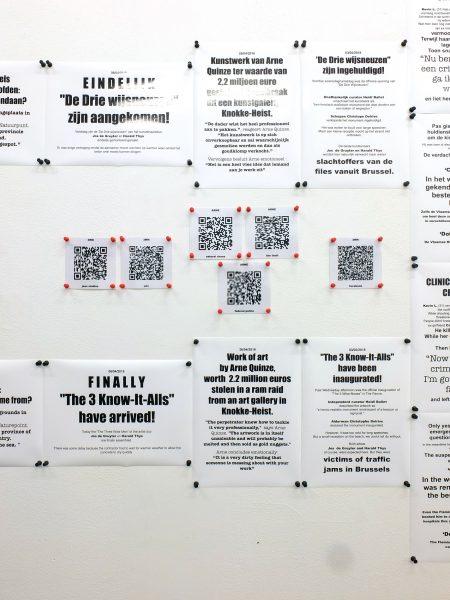 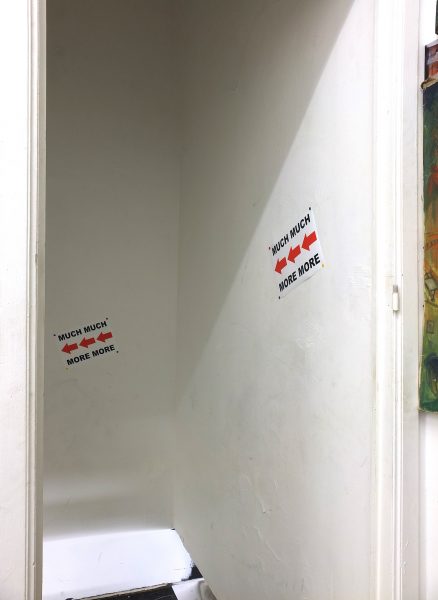 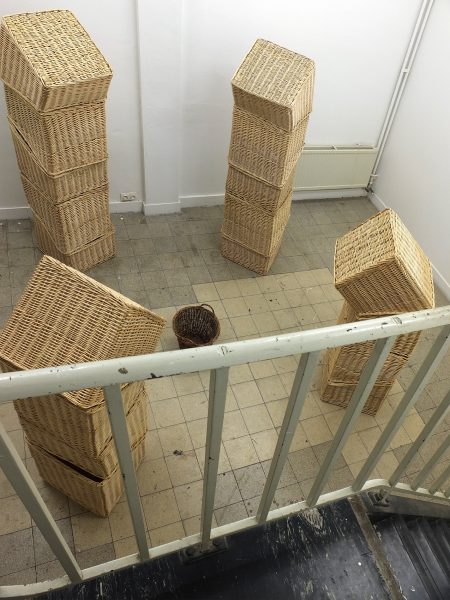 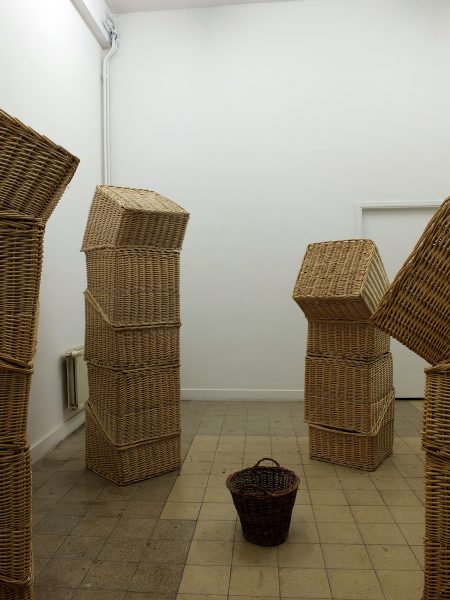 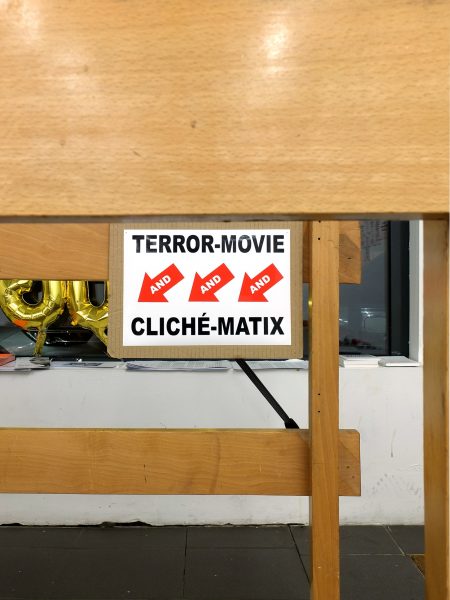 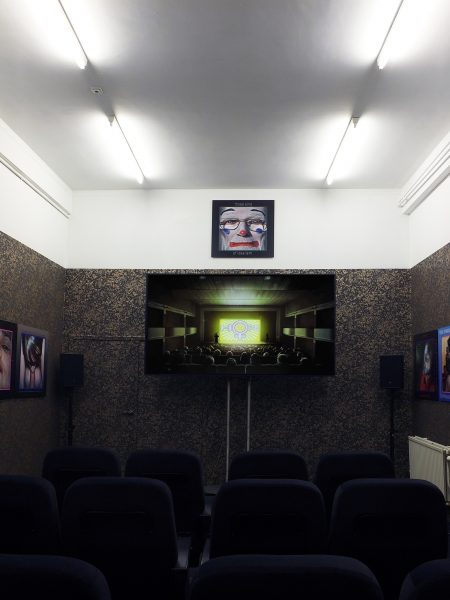 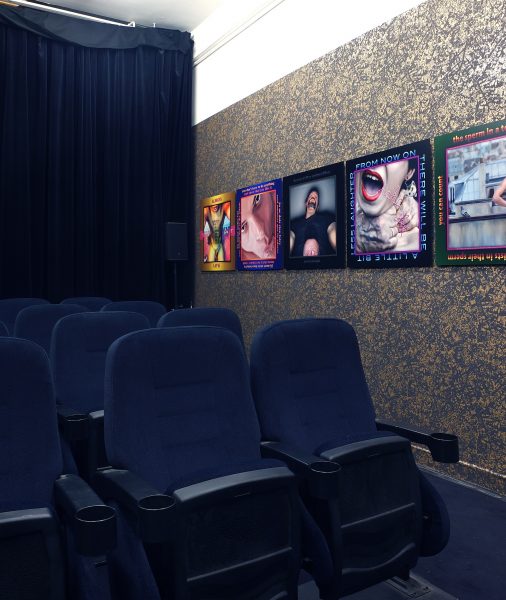 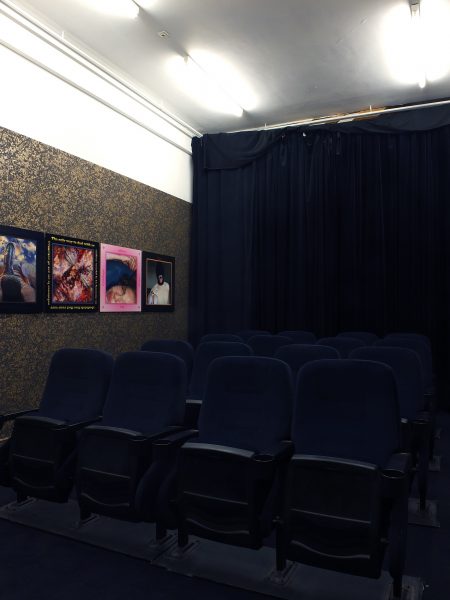 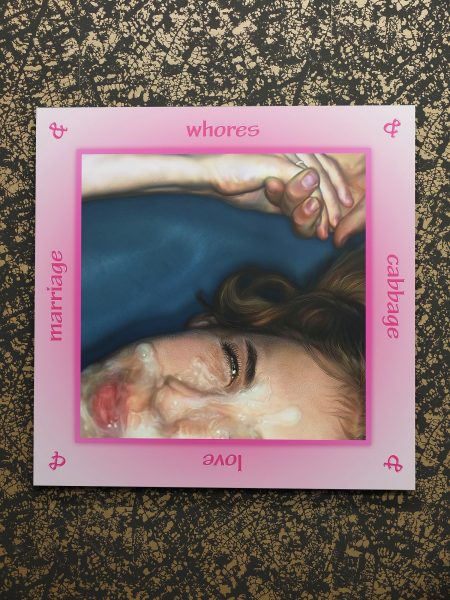 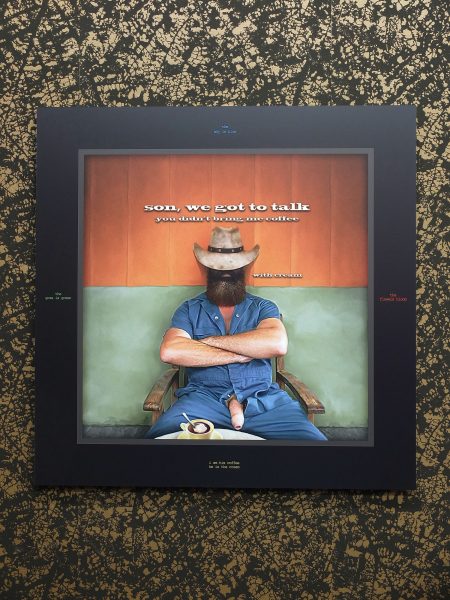 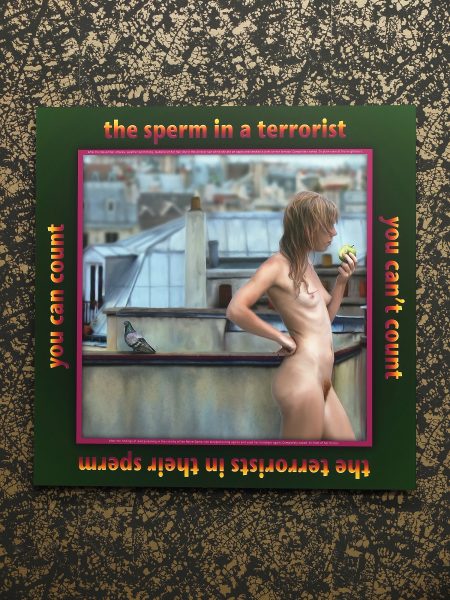 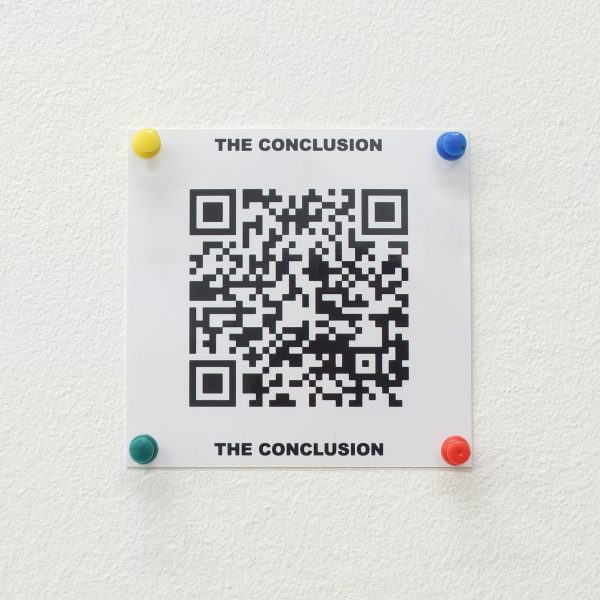